Aisling Bea on Speaking Up and Speaking Out 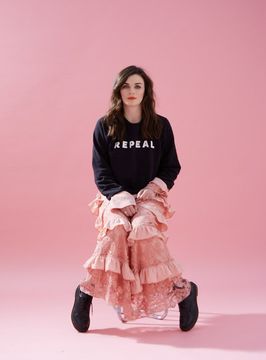 “It’s very easy to look at Harvey Weinstein who looks creepy from the outside,” states an emphatic Aisling Bea.

“It’s harder to start working out the cultural, tiny signifiers like what happens  in the workplace, the grey things that make people feel uncomfortable.” We’re all but a few minutes into the interview, but we’re already in deep. It's awards season and it’s natural that we kick off with #MeToo and the shift in power in Hollywood. That's the worldwide spotlight; the one at home has been firmly on the Belfast rape trial and the not guilty verdict that has led to another online campaign, with #Ibelieveher trending on social media in Ireland within hours. Aisling is very aware how the #MeToo movement needs to translate to our immediate worlds, and fast.

“There’s a huge change coming. With the people you love around you, it’s very easy to turn a blind eye and a lot of it is to do with the abuse of power.” It’s something, that she has experienced in her own world of stand up. She alludes to stories of being approached in dark carparks after gigs and receiving abusive remarks online. “People always ask ‘oh do you think that happened because men are intimidated by funny women?’ and my answer is: do you know what women are intimidated by? The fact that men can kill us with their hands.”

An avid Repeal campaigner, she is nothing short of devastated that she won’t be able to cast a vote in the upcoming referendum, no announced to be taking place on 25 May. Not, however, as devastated as she is for other people. “It’s a scandal. I know I’ve been living in the UK ten years but there are people who can no longer vote who have just been travelling for two or three years, who live in Australia, young people who should have a say in what happens to the future of their country.”

A sensitivity to injustice appears to fuel much of Aisling Bea’s fire. A master at deadpan delivery, taboo is almost an essential component to both her conversation and comedy. Last November, she touched on another often avoided topic of suicide when she spoke openly for the first time about her own father's death in The Guardian. It’s a journey that has taken her most of her life and took her from denial  to anger and everywhere in between.

"I didn’t care that he had not been “in his right mind”, because if I had been important enough to him I would have put him back into his “right mind” before he did it,’ She wrote in the piece, talking about her more painful, teenage years.‘I didn’t care that he had been in “chronic pain” and that men in Ireland don’t talk about their feelings, so instead die of sadness. I didn’t want him at peace. I wanted him struggling, but alive, so he could meet my boyfriends and give them a hard time, like in American movies.’

“After that article came out, it was a very emotional week, and couple of months, for my family,” she confides. “But god, I feel like a tumour is lifted. When you talk about things like that and actually start to acknowledge it, it’s like you’re letting the light in from the other side. You’re not doing a disservice to the person who’s passed away by trying to move on with your life, and their memory, you’re allowing yourself to live, not just be alive.”

"I never grew up hearing other people’s stories," she added on the damage that culture of silence can cause. "I didn’t know where they were, they just weren’t out there. In my town, so many people had lost their brothers and fathers [to suicide] but there was no reach out language. I didn’t know how to talk to them about it because there was no story about how anyone else felt.” 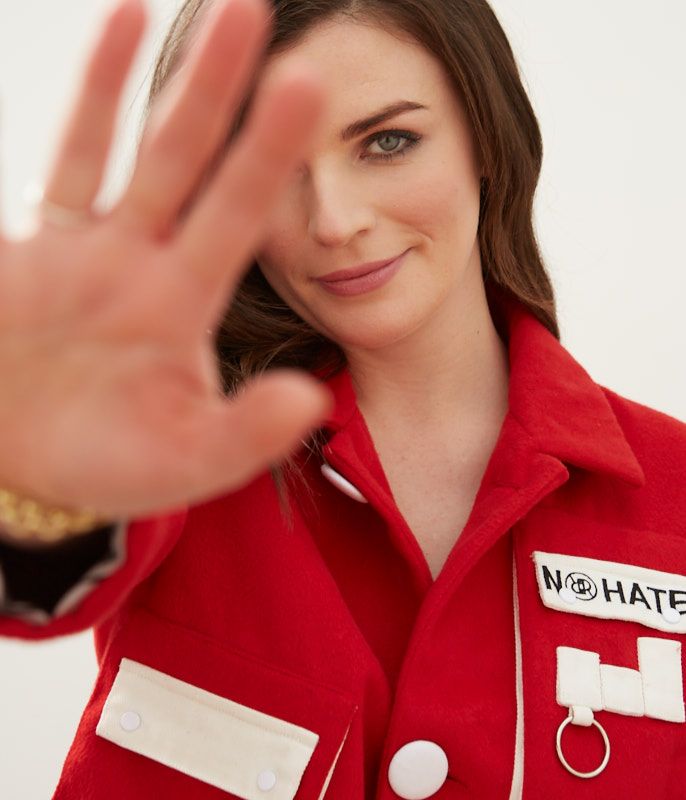 2
Her testimony rings so familiar in the current climate, as we lead up to the referendum on the Eighth Amendment, looking into probably the biggest taboo subject Ireland has ever faced.

“I remember when I got my first period I was almost afraid to tell my mother, who’s quite an open, loving person. But I felt really weird; the chat just wasn’t there. Reproductive issues have been so swept away. I feel like it’s a time for change.

“No matter what your views are on abortion, the Eighth Amendment in the Constitution is a very cruel, cruel law which benefits no one.”

Aisling completely rejects the insinuation that repealing the Eighth Amendment will ‘open the floodgates’. “There’s a lot of chatter about ‘people are just going to use it as a form of contraception, lazy women!’ There’s this idea of this loose woman walking around the town. Repealing the Eighth Amendment is about women who don’t want to be pregnant, it’s not about a certain type of woman, a certain age of woman; we all know sisters and mothers who have chosen to go on with a pregnancy and those who haven’t. But that choice is what it is. You can use your womb if you want, it’s the most beautiful thing to do – if you want – but it’s not our only reason to be put on this earth.”

“This country has had women locked up in laundries and pelvises broken; the amount of untold stories of women having babies when they didn’t want to and people coming over adopting babies and taking them to America... the sadness of these stories. Are we not going to acknowledge those and go, ‘Okay, now it’s time to change’?”

Change is, undoubtedly, afoot. In the era of #MeToo and suicide awareness, and on the back of the marriage equality referendum, the scope for a positive result on the repeal of the Eighth Amendment seems more possible than ever. She sees it even in the comedy scene. “I had an abortion joke which I did in Ireland three years ago and people went ‘oooohh’ and people really laughed in England at it. Now people laugh at it a lot more [in Ireland], you know because we’re more okay with it, we’re talking about it,” Aisling acknowledges.

Among all our chat about the abuse of power and women’s hidden stories, Aisling wants to shine a positive light on what our generation is experiencing.“There is more work to be done, but look what happens when women come together. Look at the community.”

“It’s a fucking amazing time to be a woman.”

Beauty With A Business Twist: Je...

We chat to the founder of Skingredients and The Skin Nerd

Memories are made of this. Brought to you in partnership with Avoca.

Beauty With A Business Twist: Je...

We chat to the founder of Skingredients and The Skin Nerd

Memories are made of this. Brought to you in partnership with Avoca.