How to be an LGBTQ+ ally during Pride (and always). 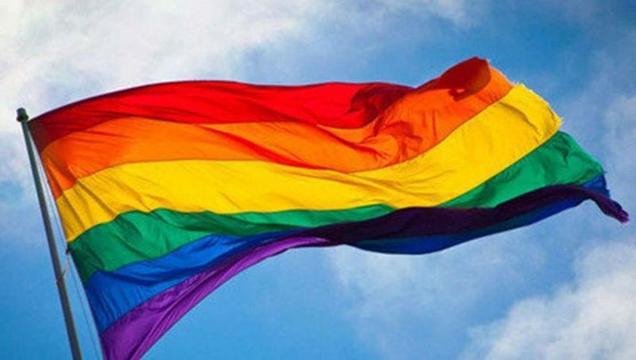 Yes, you can support Pride even if you're not part of the LGBTQ+ community. Here's how.

Pride week is in full swing and with a range of different events already in place, it’s apparent that it’s going to be a busy one! Many companies and organisations have come out recently to show their support for the community, but showing support doesn’t have to be a grand rainbow coloured gesture, it can be a range of small things that you can do to show that you stand with the community. We asked three LGBTQ+ people how to be an ally to the community.

To you, what does it mean to be an ally?

Conor: To me, it means supporting LGBTQ+ issues and campaigning for them, even though it might not directly affect them. They also challenge inequality towards members of the community even through they may not be part of it themselves.

Alannah: An ally, to me, is someone who amplifies the voice of their queer friends, they support them. They can challenge people around them to be more mindful but make sure they are not speaking for anyone or in any way trying to play the hero.

Rosa: The term ally for straight people can be potentially problematic, there can be a weird sense that the LGBTQ community are vulnerable and need help. People also align themselves with the community because it’s fashionable, so to me the word ally connotes a lot of performative political correctness.

Why is it important to be an ally?

Conor: Because everyone knows someone who is part of the LGBTQ+ community, whether it be a friend or neighbour or even their brother or sister. It’s important to be an ally and show these people that they have support around them.

Alannah: It’s important because no battle is won alone, Ireland is at a time in history where things are changing on a broad scale and we know the power of mass movement. The community is strong but people wanting to help push for equality are always welcomed.

What makes a good ally?

Conor: To me a good ally is someone who is open minded, understanding and most importantly, non-judgemental.

Alannah: The best allies are ones who recognise that Pride is absolutely not about them. Attending Pride with a friend who is nervous about going is what I consider a good ally to be.

Rosa: Just acceptance and not making a big deal out of it. I think that’s a privileged stance for me to take though, because for many there is a great solace taken from the recognition from peers so maybe a big deal should be made? A good ally could consider that there are many facets to being LGBTQ and we aren’t asking for too much when we want to be treated as such. A good ally doesn’t attach labels to people without checking with them first. If you are only exposed to white, middle class, cisgendered and able-bodied people then you are only engaging with a small part of the community and a good ally will listen to all those who are marginalized and who go unheard so that you educate yourself so you aren’t further isolating those who are oppressed.

It’s Pride month, should allies join in or contribute? If so, how?

Conor: In a time where venues that were formerly LGBTQ+ venues are being turned ‘LGBTQ+ friendly’, I think having a week of festivities for just members of the community would be the best way to celebrate Pride month.

Alannah: Absolutely! I think even little things like helping friends paint banners or even simple things like retweeting or sharing art/events/digital content wherever possible. In terms of marching and stuff though, I think that should just be left to the community.

Rosa; You can contribute by having conversations that your gay friends can’t have with prejudiced people. If you’re straight or cisgender you have a platform to broach those topics with people around you. Or you could contribute by donating money to LGBTQ+ causes and charities. Prioritising donating to charities that help transgender people is also great, as being trans is something that is massively excluded from the community and from Pride.

What are the main 'Dos and Don'ts' for allies?

Alannah: Do be supportive and help platform the people in your life by sharing their work and spreading information about events that may be coming up. Don’t make Pride about you or post big statuses with statements you can’t relate to.

Rosa: Do be kind and compassionate, do be intersectional in the way you appraise and consider things. Also educate yourself on LGBTQ+ theory language and history. Just be considerate and conscious of other people’s gender identities and listen to how they want to be treated. Don’t presume, coax, stereotype or generalise also don’t yell about your friends sexuality in a public setting.

READ MORE: The Irish Emmy-Award Winning Producer and her coming out story