Is the #MeToo Movement Actually Doing Any Good? 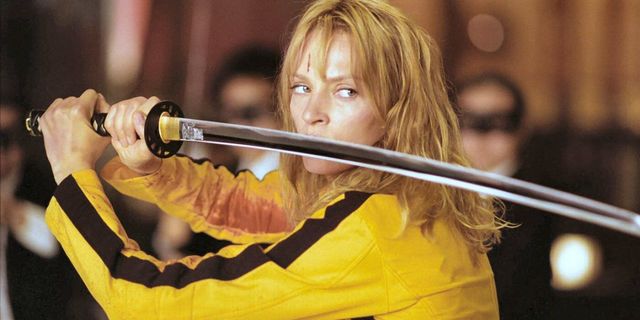 It began with such a hopeful roar – years of hurt given voice. At the start of 2018 brave women – and men – stood up and spoke out about sexual abuse, harassment, and inequality it seemed like a change was coming.

A light had been shone in dark corners, surely things would never be the same? Or would they?

Now a few months on from that first flurry of revelations and reports, things seem to have stalled. Activists might be raising fury on social media but it looks like real life hasn’t caught up yet. Particularly in the film industry.

This week, actor Casey Affleck addressed accusations against him for the first time. Following 2010’s I’m Still Here, Affleck faced civil lawsuits for breach of contract filed by a cinematographer and a producer who worked on the mockumentary. One of the women also sued for sexual harassment. The lawsuits were settled out of court.

In this new interview Affleck referred to the “unprofessional environment” on the set and said, “I behaved in a way and allowed others to behave in a way that was really unprofessional. And I’m sorry.”

Elsewhere another actor, Emile Hirsh is starring in Quention Tarantino’s upcoming film Once Upon A Time In Hollywood. The decision to hire Hirsh was heavily criticised in some quarters. He had had been charged with a misdemeanour assault following an incident at the Sundance Film Festival in 2015. He was involved in an altercation with a female producer, Daniele Bernfeld, during which he reportedly put her in a chokehold. Hirsh has said he was intoxicated at the time and following the incident spent time in rehab. In court he said his actions were “wrong” and apologised to Bernfeld.

Actress, Jameela Jamil, a friend of Bernfeld’s made her feelings about his casting known on Twitter.

Cool. Emile Hirsch strangled my tiny female best friend until she blacked out at a party in front of dozens of witnesses at Sundance Film Festival (and was convicted) but Tarantino just cast him in a movie. INTENSE case of rich white male privelege eh? Cool. Cool. Cool. 🖕🏽 pic.twitter.com/FkZNmK5fda

Tarantino himself has something of problematic history too. Most recently, actress and his former collaborator, Uma Thurman revealed that he was partially responsible for her being in a car crash on the set of Kill Bill. However she was clear that she doesn’t hold him completely accountable.

i post this clip to memorialize it’s full exposure in the nyt by Maureen Dowd. the circumstances of this event were negligent to the point of criminality. i do not believe though with malicious intent. Quentin Tarantino, was deeply regretful and remains remorseful about this sorry event, and gave me the footage years later so i could expose it and let it see the light of day, regardless of it most likely being an event for which justice will never be possible. he also did so with full knowledge it could cause him personal harm, and i am proud of him for doing the right thing and for his courage. THE COVER UP after the fact is UNFORGIVABLE. for this i hold Lawrence Bender, E. Bennett Walsh, and the notorious Harvey Weinstein solely responsible. they lied, destroyed evidence, and continue to lie about the permanent harm they caused and then chose to suppress. the cover up did have malicious intent, and shame on these three for all eternity. CAA never sent anyone to Mexico. i hope they look after other clients more respectfully if they in fact want to do the job for which they take money with any decency.

In an subsequent interview with Deadline, Tarantino discussed how he was the one to spit on Thurman during a scene in Kill Bill and he choked both Thurman in a Kill Bill scene and actress Diane Kruger in Inglorious Basterds - both instances with the actresses’ permission. Tarantino has also revealed he knew but was dismissive of producer Harvey Weinstein’s behaviour towards actresses – including his ex, Mira Sorvino. He has said he didn't appreciate the severity of Weinstein's actions and apologised for not doing more. It didn't stem the flow of criticism he received on social media however.

However perhaps – perhaps –  there is a little sliver of hope in all of this. Just this week, the US former Stanford University student, Brock Turner who in 2016 had been convicted of sexually assaulting an unconscious woman lost an appeal. There was huge outcry when Turner was sentenced to six months for the assault, serving only three. His attorney had sought a new case, stating that Turner was only guilty of ‘outercourse’ but the appeal was not successful. The verdict means that he will remain on the sexual offenders register for life.

Why This Assault On a French Woman Is Just So Shocking