Trending This Month: Life After Lockdown

From what to binge on Netflix to what to eat and where...here's how to spend July. 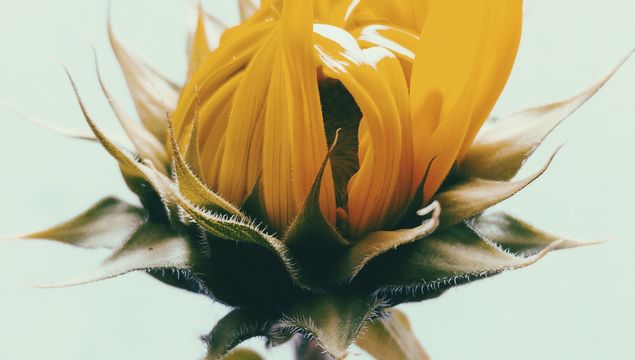 Whatever you decide to do this month, do it while wearing a mask.

Ireland has been in coronavirus lockdown for 105 days. 105 days. It feels longer.

Things are changing, though. From Monday, June 29, the taoiseach has announced that pubs, gyms, restaurants and hairdressers will be able to reopen, providing they adhere to social distancing guidelines. Finally, life seems to be going back to 'normal' which means it's time to make July a month to remember.

So whatever this month has in store, we've rounded up everything new coming to a couch or city street near you. Save this post to your browser because there's going to come a day where you're wondering how you should spend your day, and we've got the answers. 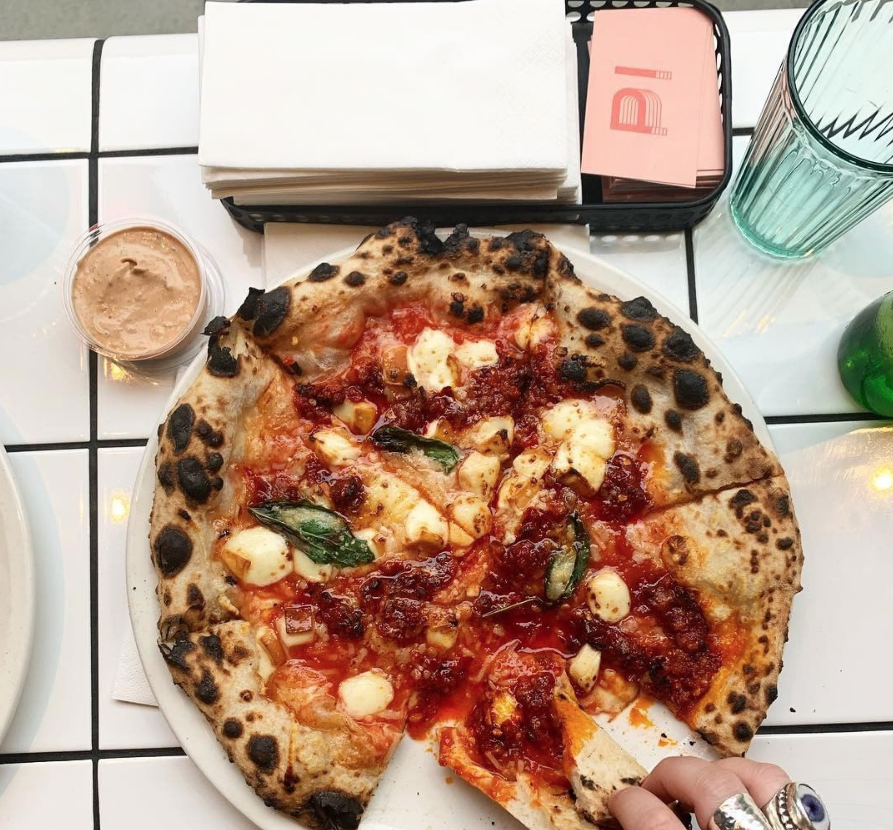 They say absence makes the heart grow fonder, a statement which proven to be true when Pi shut their doors way back in March as a result of COVID-19. It's been 105 days since we last sat down to devour their puffy crusts but thankfully, phase three is here meaning Pi has officially re-opened. If you remember when Pi first came onto the Dublin pizza scene, you'll remember the winding queues that filled the whole of George's street. This time, there will be queues but virtually. Diners will be able to nab themselves a table using the queuing app, WalkIn. All you have to do is scan the QR code at the door or you can join the queue remotely via the app by selecting ‘Eat Now’ from within a 2km radius. 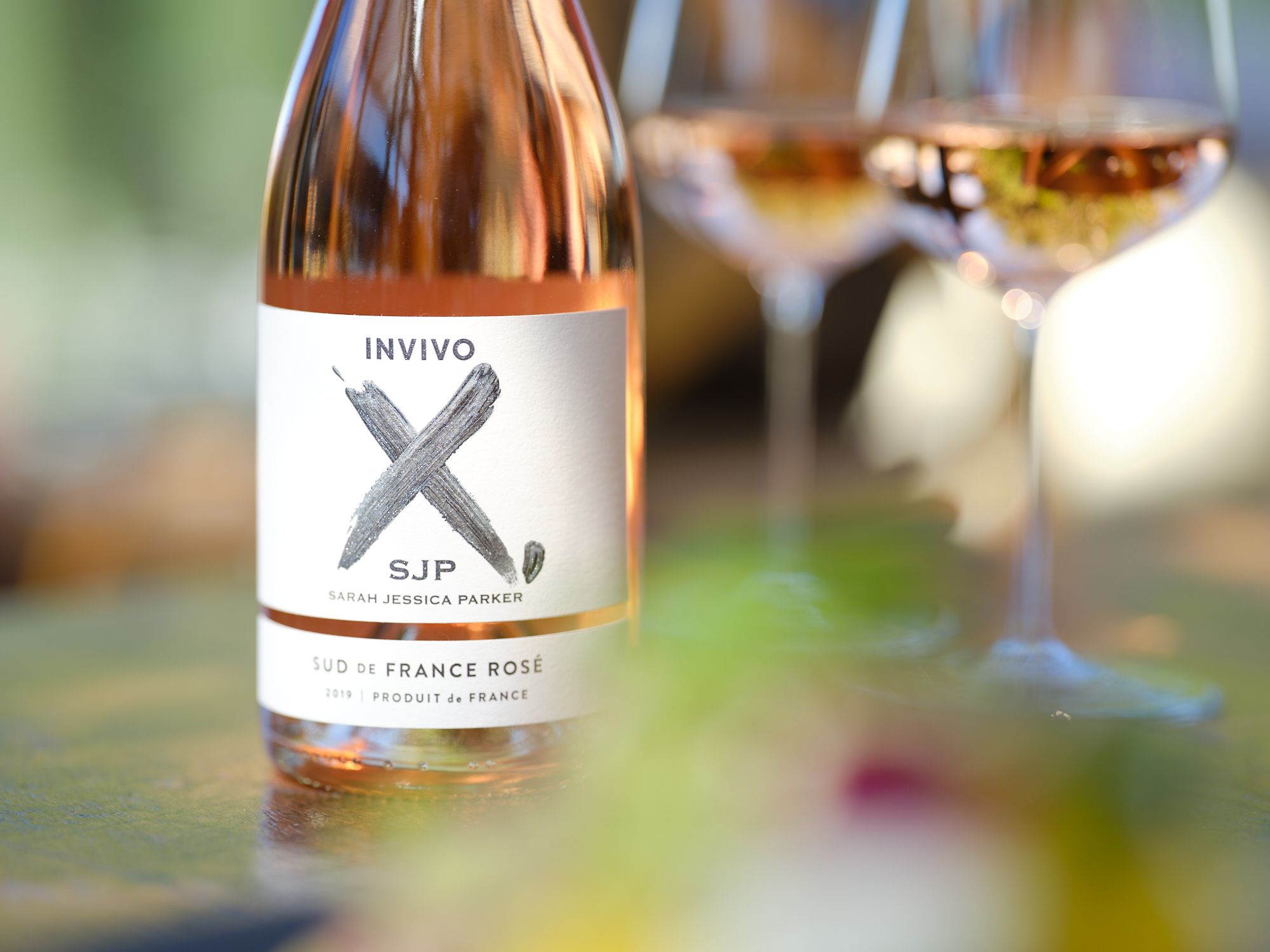 But not just any rosé, Sarah Jessica Parker's rosé. The actress and self-proclaimed “wine lover” has teamed up once again with New Zealand-based company Invivo & Co to add a new rosé to her collection of wines. The new rose, named Invivo X, Sarah Jessica Parker Rose, hails from the South of France and has been crafted by SJP, the founders of Invivo & Co and winemakers from a family estate from the French region of Provence. The result is a peach-hued wine which is said to offer aromas of grapefruit, crunchy apple and nectarine, with a hint of sweet raspberry. The new Invivo X, SJP Rosé is €18 and is currently available at WinesOfTheWorld.ie. 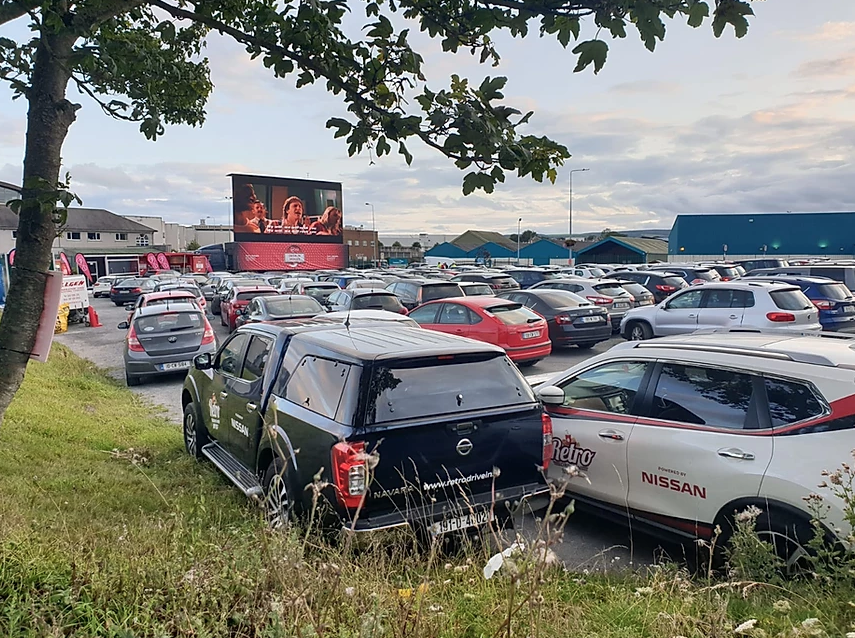 While cinemas across the country are slowly starting to re-open, you may be feeling a little nervous about jumping straight back in the armchair with a bucket of popcorn - and that's okay. But if you've watched all there is on Netflix and miss watching a film on the big screen, Retro Drive-in Movies has you covered. Adhering to strict safety precautions, Retro Drive-In Movies has sanitation stations, frequently cleaned toilets and a designated COVID-19 officer. They can even scan tickets through a closed car window. Currently, a maximum of five people are allowed per vehicle and are encouraged to bring their own snacks and stay in the car as much as possible. This coming weekend, they are showing iconic films like Mean Girls, Wolf of Wall Street and Grease. Be sure to get there early to grab a good spot.

How To Build A Girl

How To Build A Girl – based on Caitlin Moran’s hit novel of the same name – introduces us to Johanna Morrigan, a young Wolverhampton local who’s struggling to get to grips with the “incredible unfolding” that comes with puberty. We see her figure out what to call her vagina (think “slang names, pet names, made-up names”), teach herself about masturbation, battle her raging hormones and navigate all the usual issues that come with being a teenage girl. Desperate to get out of her home town and make a name for herself, she eventually moves to London, where she reinvents herself as Dolly Wilde, a fast-talking lady sex-adventurer and music critic. Gaining notoriety as an enfant terrible, she has finally figured out how to build a girl – but is this the girl she wanted to build?

Now, at long last, we finally have a release date for the star-studded film. Directed by Coky Giedroyc – and produced by Monumental Films, FilmFour and Lionsgate – How To Build A Girl is going to be available to stream on Amazon Prime from July 24.

To Such Pretty Forks in the Road by Alanis Morissette 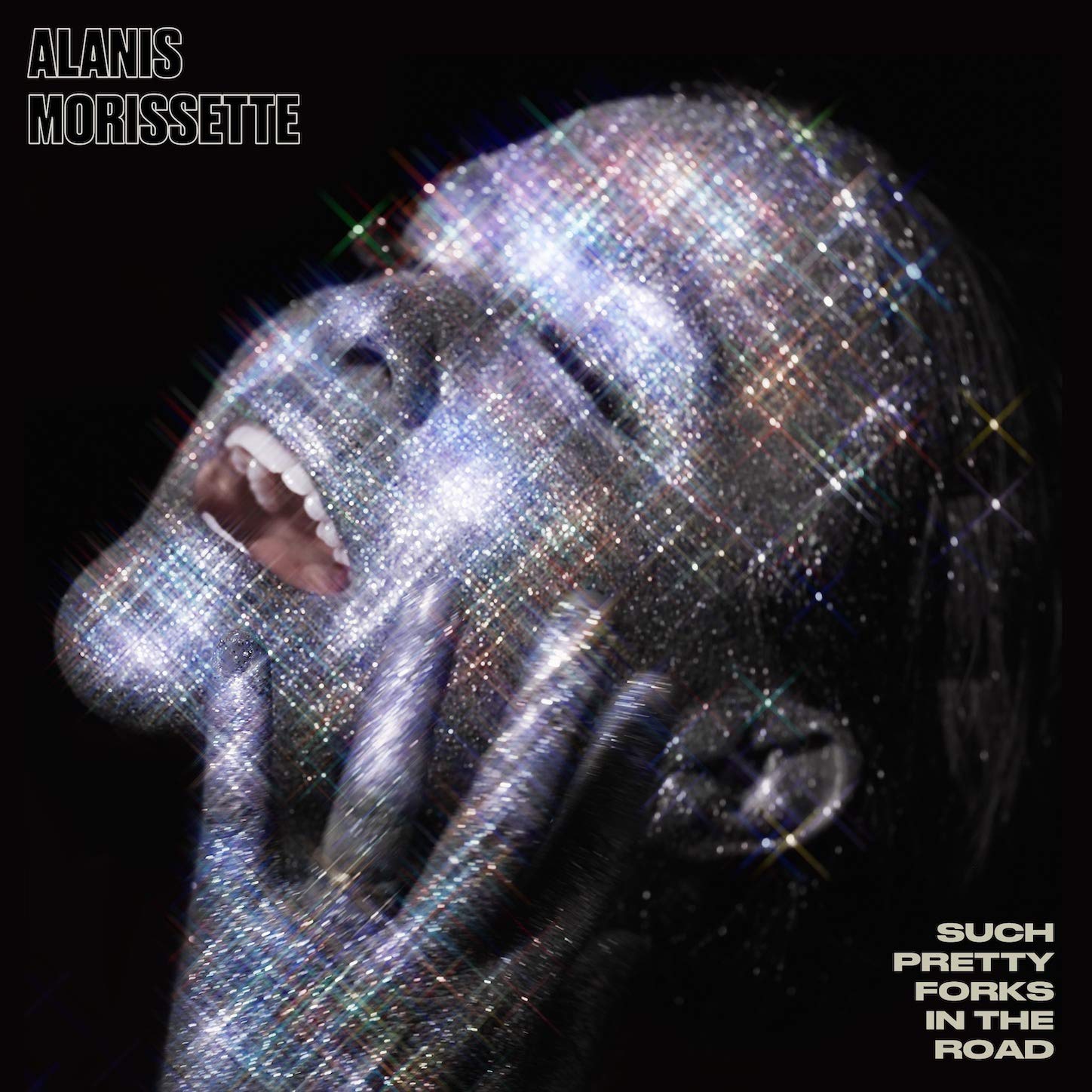 Her debut Jagged Little Pill from 1995 is one of the biggest selling albums of all time and in the year of its 25th anniversary, Alanis Morissette is set to return with her first studio album in almost eight years, titled Such Pretty Forks in the Road. Lead single Reasons I Drink came out early December, and the album also includes Smiling, which was written especially for the Jagged Little Musical which opened on Broadway recently. Out July 31. 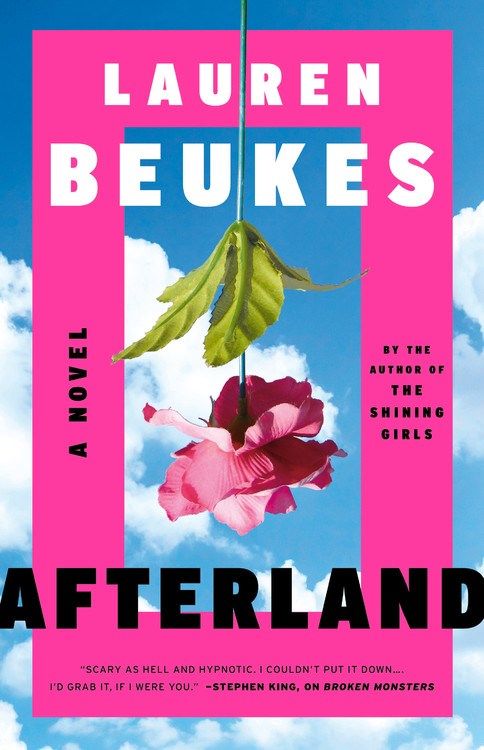 In Afterland, the world is run by women. A mysterious pandemic—agh, that word again—has destroyed the vast majority of the male population, and women are desperate to keep the human race alive. Men are valuable, and so protagonist Cole must protect her son, Miles, by disguising him as a girl. Of course, an army of dangerous people are after them, including Cole’s own sister.

True crime addicts will no doubt remember – or at least have heard of – Unsolved Mysteries, the classic documentary series which first aired way back in 1987. Now, well over 20 years since the show wrapped up NBC and CBS, Netflix has joined forces with original creators Terry Dunn Meurer and John Cosgrove (and Shawn Levy, the producer of Stranger Things) to reboot and revamp the TV show for 2020 audiences. The reboot, much like the original series, will look at a range of (ahem) unsolved mysteries meaning you can expect pretty much anything, from the trauma of a loved one’s unexplained disappearance to the shock of a bizarre paranormal encounter. But here’s where things get really interesting. Rather than tie things up neatly and present you with the full package, the show’s creators are relying on you, the viewer, to help them get to the bottom of things. “Alongside detectives and journalists, family members offer clues, present theories, and identify suspects, hoping one viewer holds the key to solving the mystery,” reads a statement from Netflix. That’s right: just like in the original series, each episode will end with a chance for viewers to send in any relevant information or tips to a law enforcement agency. And it’s worth noting that, so far, Unsolved Mysteries has helped solve over 260 cases. So, yeah, you could very well make a difference. Unsolved Mysteries arrives to Netflix on July 1. 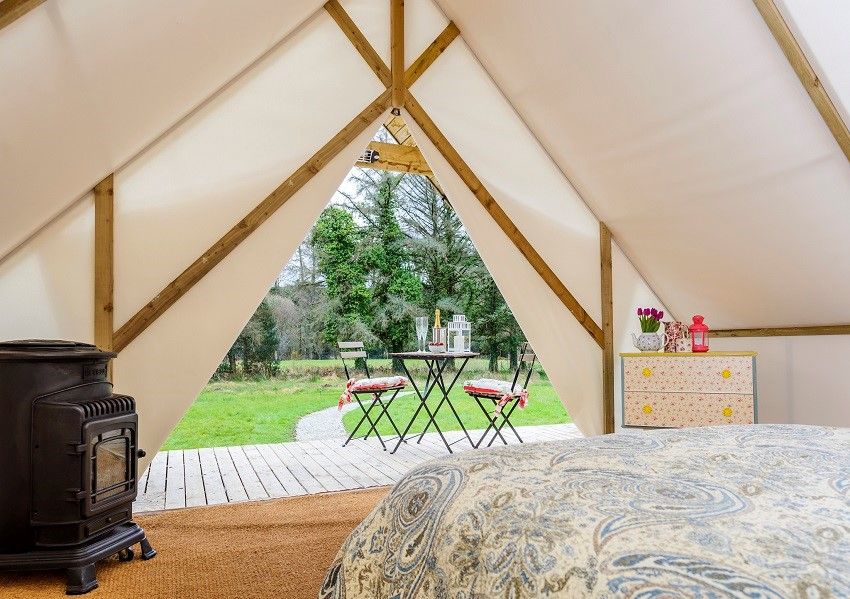 Our Spanish holiday dreams may be cancelled, but the Irish reality trip is here. And it is delightful. If you're (understandably) feeling a tad nervous about staying in a hotel, there are other options available. Our favourite? Glamping. Cure your festival and holiday blues by taking a trip down to Kerry where Killarney Glamping offers a truly unique and romantic holiday by providing privacy and intense relaxation. This couples-only accommodation has views of the Killarney mountains, while the main town and national park are less than a mile away. Find out more here.

Fireworks in the Phoenix Park 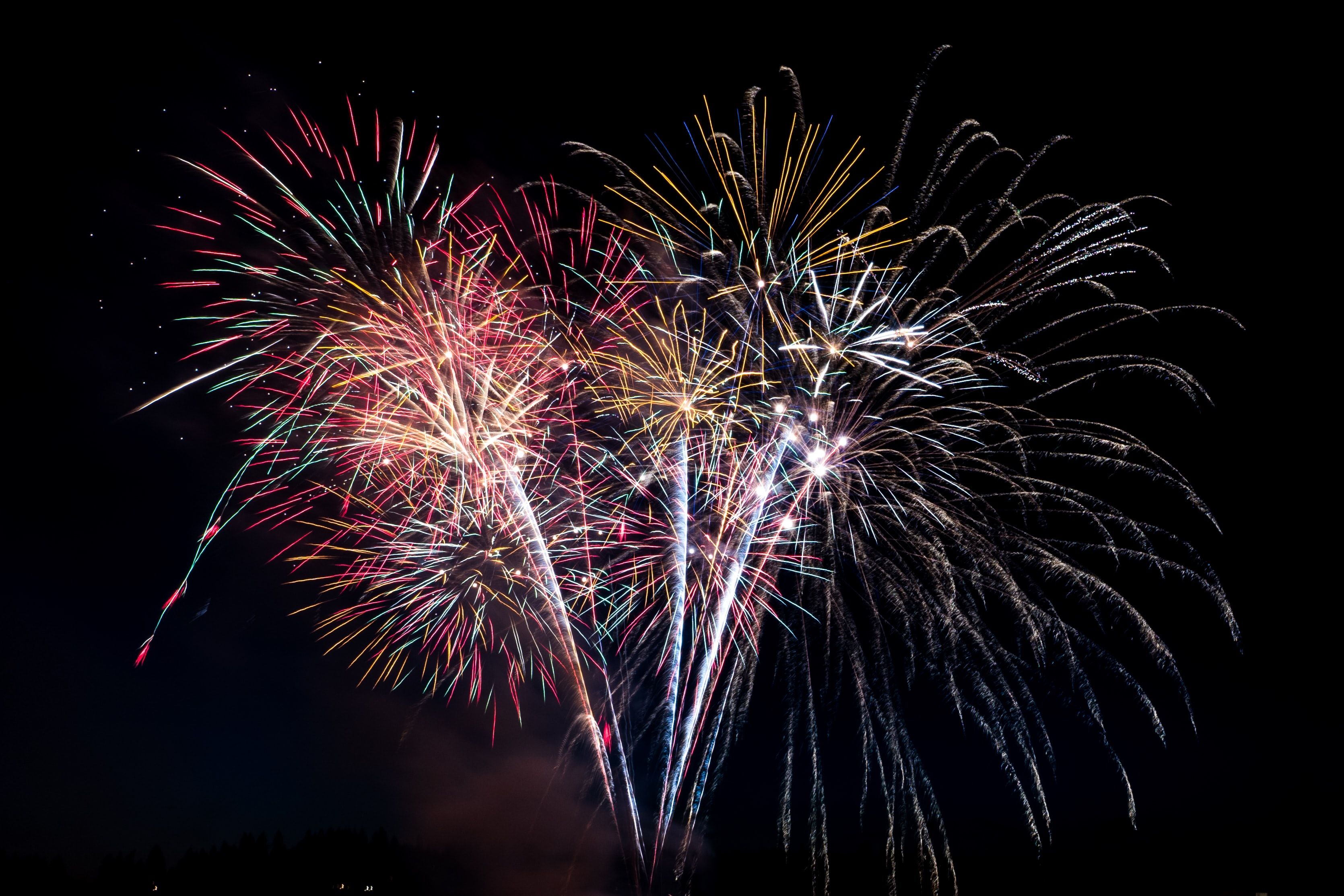 The US Embassy in Phoenix Park has announced that it will continue its tradition of Fourth of July celebrations on Saturday. The park will host a dazzling fireworks display in honour of frontline workers that have worked tirelessly to keep the public safe during the pandemic.

US Ambassador to Ireland, Edward F. Crawford, announced the show on Twitter, saying: “The 2020 fireworks display will go forward IN HONOR OF IRELAND’S FRONTLINE WORKERS for their incredible commitment in a very difficult time. We hope that when you see and hear the fireworks over Phoenix Park at 11 pm on July 4, you will give thanks for their selfless efforts to make us all safer.”

The display starts at 11 pm, and the best view will be from the Fifteen Acres area of the park which looks on to the lawn of the Ambassador's residence. It will also be streamed live on US Embassy Dublin’s Facebook page. 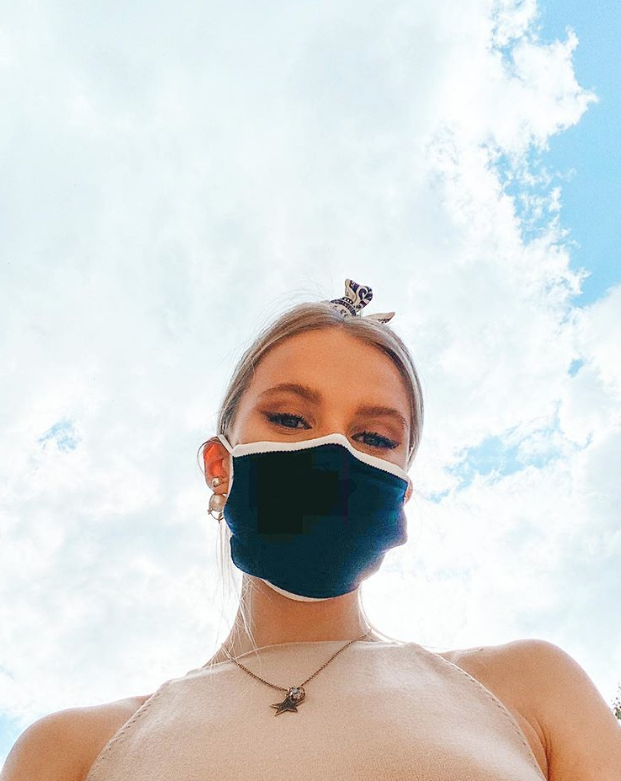 "But I don't have Coronavirus!", we hear you cry and while it's great news you're in good health, that doesn't mean you're automatically exempt for wearing a face mask. Though nonmedical masks are most effective when worn by an infected person, new studies from China and South Korea show that somewhere between 25 to 50 per cent of infectious people are either pre-symptomatic or asymptomatic meaning there's a high rate of people who catch Covid-19 who do not develop symptoms until four or five days after being infected. Therefore, if you go outside without a face mask in those four to five days - you're spreading the virus and putting others at risk. What's more, many shopping centres, hairdressers and even restaurants are going to refuse entry to those not wearing face masks in order to operate under the new safety guidelines. Be a good person and wear a mask - it's not that hard. For where to get your hands on safe yet stylist face masks, click here. 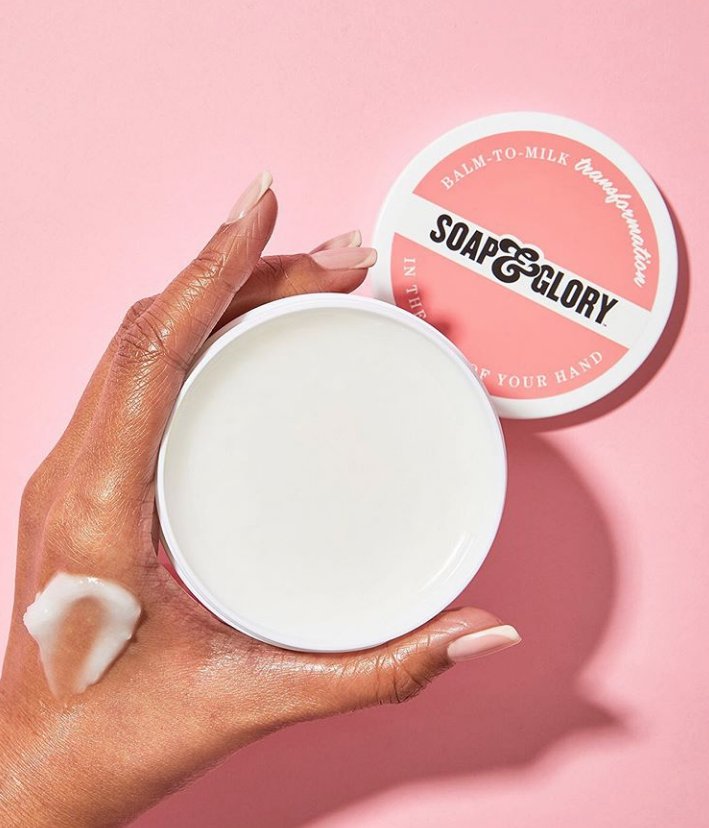 We've spent what feels like three years indoors, consuming copious amounts of wine, butter and crisps (while saving civilisation, nbd) and now our skin is paying for it. You might be tempted to go out and buy new skincare products to sort out your broken-out, dull, congested and somehow grey (?) skin but dermatologists everywhere are urging us to simply go back to basics. That's right, the best thing you can do for your skin right now is to cleanse (more on that here). But like most things in the beauty world, the cleansing balm market is an oversaturated meaning it can be confusing to know which cleanser is best for you. While you can find cleansers to target problematic areas, our advice is to keep it simple with Soap & Glory's Glow Your Mind Cleansing Balm, €12.99. Instead of stripping the skin's hydration, it markedly improves it for hours leaving a noticeable glow.

READ: 7 Summer Fashion Trends That Are Perfect For Holidays At Home

READ MORE: This Simple Sleep Hack Will Have You Fast Asleep In 120 Seconds Or Less