From Harry Styles To Blake Lively, Celebrities Are Bringing Back The Bowl Cut

This is not the news you wanted to hear... 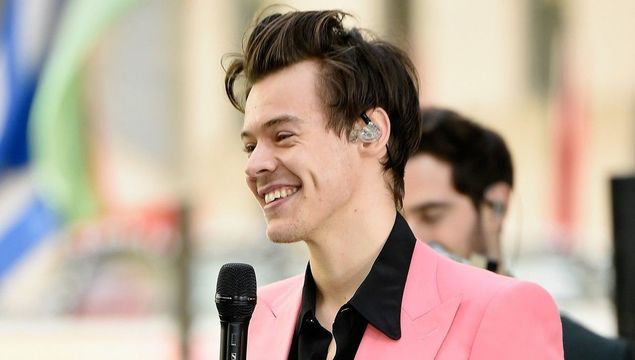 Step away from the bowl.

Let's argue for a second because some trends seem absolutely mental until they take hold.

Cargo pants, dad trainers, Christianity - they were all met with a healthy sense of scepticism at first but the strongest trends are slow burns, after all. They work their way into your system, and even when they're embarrassing (see: cargo pants), you can't deny the presence they have in your life. Look at all those pockets! Still, that doesn't make them any less grating. And it is in that spirit of resigned annoyance that, today, we turn to the bowl cut. 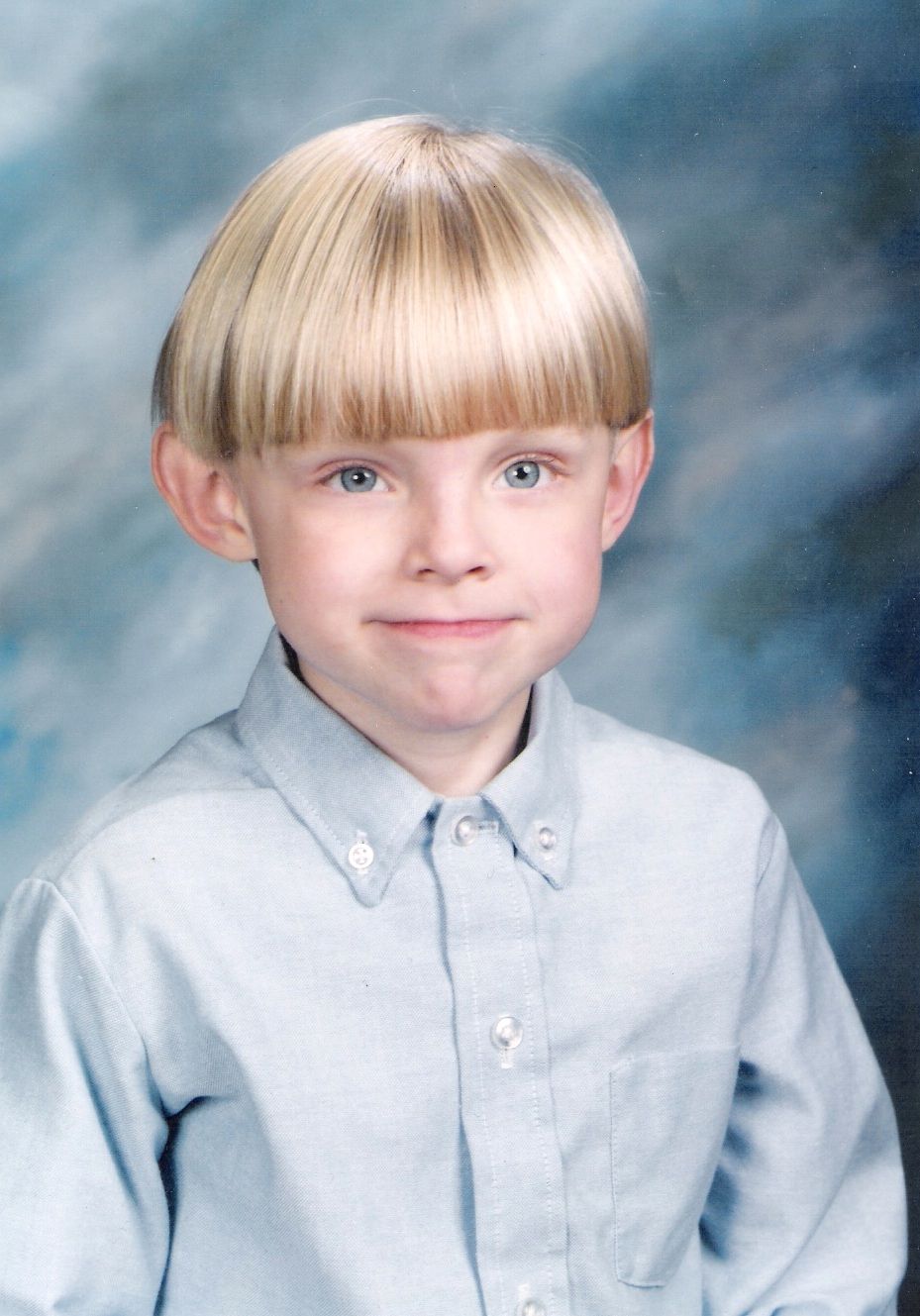 The polarizing hairstyle's comeback has been a slow burn, creeping back into society's consciousness for the past few years on fashion week runways and the 2018 Met Gala red carpet. But much like it took Bella Hadid to wear dad trainers before we truly got on board, it was none other than our gorgeous, tousled-hair heartthrob, Timothée Chalamet who began this bowl cut renaissance.

Timothée Chalamet - hair god among mortals - chopped off his signature tousled locks in favour of looking like a fancy royal baby for his role as King Henry V in Netflix's The King.  The mere mention of a bowl cut likely brings to mind painful memories of your mother cutting your hair, but on Timothée it looked...chic? And thus a trend a was born. 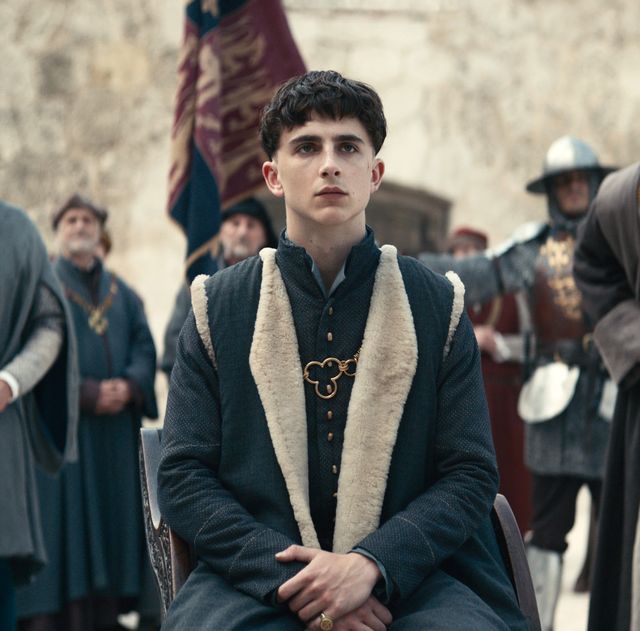 Like most popular trends, this revolution started many moons ago, with gay men. Drag queens Katya and Trixie Mattel (ahem) dragged up these monstrosities in each of their seasons of RuPaul's Drag Race: All-Stars in 2016 and 2018. These haircuts/wigs are gross, but they signalled the start of something bigger than even they knew. Trixie Mattel even had a one-woman show called Super Bowl Cut, which ran through 2018. 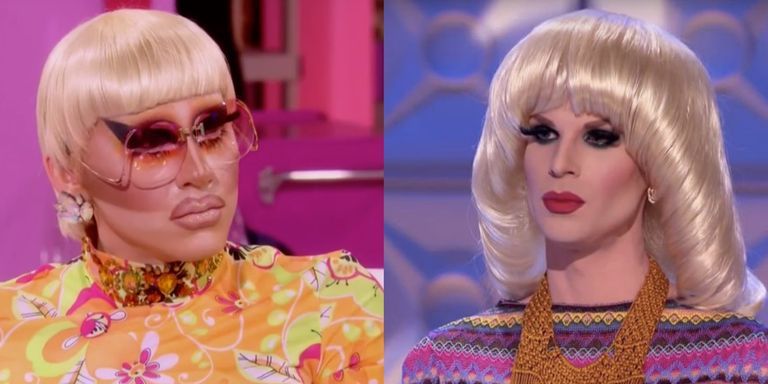 Despite how controversial a bowl cut can be, it’s proving to be a resilient hairstyle, particularly in the case of Charlize Theron’s new circular ’do.

In an Instagram post, Theron announced that her character from The Fate of the Furious (aka Fast 8) was back for the action franchise’s upcoming ninth instalment, with a shocking revelation. A photo of Theron shows the actress sporting a bowl cut that can best be described as Coconut head from Ned's Declassified School Survival Guide meets N-Sync circa 1998.

Before you scream, “wig!” like I did, it appears that Theron’s bowl cut is, indeed, legit. As Popsugar reports, celebrity hairstylist Adir Abergel gave Theron the cut, which was inspired by a photo Peter Lindbergh took of Linda Evangelista in the early ’90s. Unsurprisingly, Theron pulls off this questionable hairstyle quite effortlessly.

Then it was the very tough period in time when Harry Styles shed his princely locks in favour of what looks like a replica of Timothée Chalamet’s Henry V bowl cut but the symmetry of Charlize Theron.

A few months back, Styles was spotted out and about in Italy, sporting a brand-new bowl cut, covering his once very visible and charming forehead.

The new haircut was photographed in a selfie by a dad who somehow managed to recognise Styles despite his new, spherical do, and, to be completely honest, I am eternally grateful to Erin’s father for such commitment and attention to detail.

That said, the post simply mentioned that he was “sweet and kind,” she failed to report any meaningful information about his new hair, like: When did he do it? Does he like it? Was it an accident or on purpose? Did the mushrooms make him do it? I need answers, STAT.

Thankfully, this was just a summer fling and Styles has returned to his curly roots.

But now, it seems Blake Lively is the latest celebrity who has failed to resist the bowl cut's charm. Granted, this dramatic hair change is for her star role in The Rhythm Section film. But Blake in a bowl cut is a transformation of all transformations because she seriously looks like a different person.

Debuting her new do, Lively took to Instagram with the caption "Facetune broke". This looks-like-I-cut-my-hair-over-the-kitchen-sink cut is far from her signature glamorous barrel curls. And while we can't be certain if she truly cut her hair off or not. We're about 77 per cent sure this is a wig, or at least we're hoping it is because as much as Lively can pull off anything, we'd rather the bowl cut didn't make a triumphant return for 2020.

If someone told me a couple of months ago that bowl cuts would officially be happening, I'd have sought a restraining order. But here I am, not only finding a bowl cut extremely attractive and desperately trying to convince my boyfriend to let me cut his hair with a bowl but for a hot second, I considered doing it to myself. The salons are closed, after all.

READ: The Very Best Products For Grey Hairs – Whether You Want To Disguise Or Embrace Them

READ MORE: 6 Fake-Tan Mistakes We All Make (And How to Fix Them)