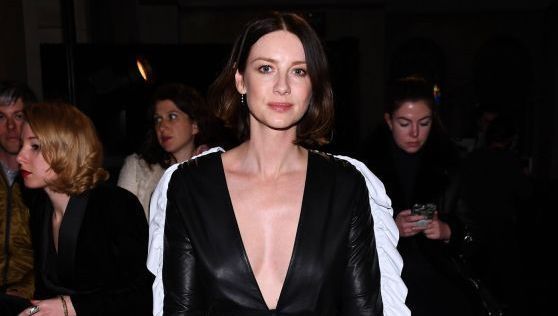 Warning: If you’re feeling vulnerable to, say, giving yourself bangs right now, we don't recommend reading any further. These are dangerous times.

We've always seen ourselves as the kind of people who enjoy things like pottery or baking our own bread, yet so often we're too busy or too stressed to do any of it in earnest. However, as we enter week nine of quarantine (yes, it's been NINE weeks), most people have run out of ideas of what to do when it comes to keeping entertained and staying sane while at home.

We've baked banana bread, we've played board games, participated in a virtual pub quiz and tie-dyed just about everything we own. Up until now, we're pretty smug to say we've left our hair alone. We've resisted the urge to cut self-isolation bangs, we've stepped away from the box dye and although a buzzcut sounds like just the right kind of low-maintenance cut we're after, we're yet to order clippers. However, the same cannot be said for some of our favourite celebrities.

Sarah Hyland gave her fiancé, Wells Adams a shape-up, Miley Cyrus gave herself the world's most evenly-cut mullet, Bruce Willis buzzed his daughter Tallulah's head, and let's not even get started listing the names of celebrities who have dyed their hair pink in the past few weeks.

Now, Caitriona Balfe is the latest celebrity to take matters into her own hands during lockdown.

TRENDING TODAY: 11 Brands To Shop Online When You're Bored Of The Same Old Stores

The Outlander actor shared her very relatable DIY haircut journey on Twitter on Friday (8 May). Balfe – known for her blunt, short bob – first shared a photo of cut off hair in her sink.

“Had to be done!” she tweeted, before later revealing her new do.

Had to be done ! pic.twitter.com/RGeHjc7Pkn

Naturally, fans were curious as to what exactly Balfe had done. Was it a fringe? Was it a buzz cut? Was it just a slight trim? Thankfully, she soon tweeted a selfie revealing what her self-isolation-inspired cut...

“You guys. Don’t know what you’re all freaking out about. Everything is totally fine!” replied Balfe, before sharing a photo of the chop.

You guys. Don’t know what you’re all freaking out about. Everything is totally fine..!!!!! https://t.co/WKmzU7MX1k

“It’s straight… right?” she then asked alongside another selfie.

We salute your bravery, Balfe!

READ: I Just Tried The Foundation That Caitriona Balfe Swears By—Here's What I Thought