Gucci Lipsticks are Coming in Hot

The New Lipsticks Collection launches on 4 May. 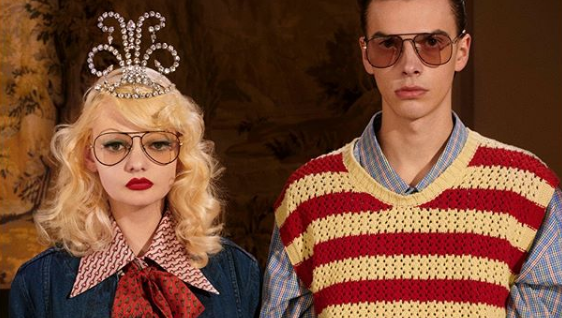 Gucci is set to expand its universe further with a cosmetics line.

Under the creative direction of Alessandro Michele, the Italian fashion house is set to unveil a re-launched line of cosmetics, complementing and reflecting the aesthetic already exhibited in its fashion and perfume spheres.

The first foray into the new Gucci Beauty realm will be a 50-strong range of lipsticks, in partnership with Coty, on 4 May. The debut collection will be available on Gucci.com and in select New York boutiques, according to its website.

The beauty lineup comes nine months after the debut of the @guccibeauty Instagram account, which suggested a possible makeup relaunch for the luxury house.

What does the vanity table of the future look like? “In the future who knows, the dressing table might just shrink back to a box size like the original Egyptian version but with sleek modern finishing, or holographic pop up bubble with mirror and good light for touch ups, or simply for a moment to yourself,” @decorhardcore selected images of vanity tables for #GucciBeauty. Read more through link in bio. @alessandro_michele #AlessandroMichele Photo by @VijatM

Two years later, P&G sold most of its beauty portfolio to Coty, and the brand has been mostly quiet ever since.

The new lipsticks follow Gucci’s launch of its Bloom fragrance in 2017 and its expanded 14-piece fragrance line, The Alchemist Garden in January 2019.

READ MORE: The Real Reason Why Not Even Purple Shampoo can Defeat the Demon That is Brass

READ MORE: Why SPF Needs To Protect More Than Just Our Skin This Summer