Thinking Of Getting A Marianne Fringe? Here's Why You Should Reconsider

Flirting with the idea of getting a fringe? Read our Editorial Team's personal experiences first. 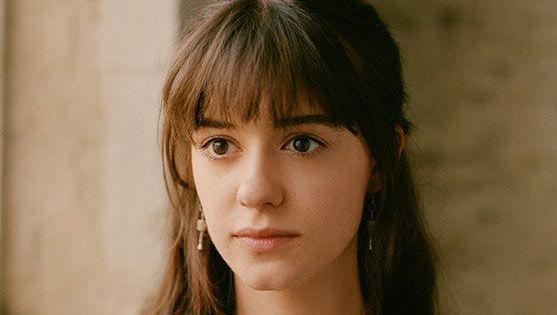 Do you remember where you were when you got bangs for the first time?

Maybe you were aged six and took a pair of arts and craft scissors and cut them yourself (guilty).

Or maybe you went through a bad breakup and because you weren't thinking straight you took to the salon to get it done. But whatever the way, every woman has something to say on the matter.

Equal parts French nonchalance and super high maintenance, some bangs are cut with the sharpest of intentions, while others come to fruition in a slightly more accidental manner.

But in case you're feeling tempted thanks to self-isolation boredom, our Editorial Department has recounted our anecdotal tales of their own fringe flights of fancy and we collectively wonder if bangs are ever truly a success?

I decided to get bangs in secondary school, maybe in 2nd year, long before I had discovered ammonia and my hair was thick, glossy and auburn. I went to the salon full of conviction, armed with a picture of Marissa Cooper from The O.C. and told my hairdresser to recreate her feathered look (the naturally occurring, beachy waves, golden skin and coltish limbs, all being out of her control, of course).

I genuinely burst into tears when I looked in the mirror, post-chop and can't even blame the flurry of teenage hormones. After a month or four of constant hairband-wearing though, it grew long enough that I could split it and rock a deep, deep-set Noughties’ side fringe. Silver linings and all the rest. 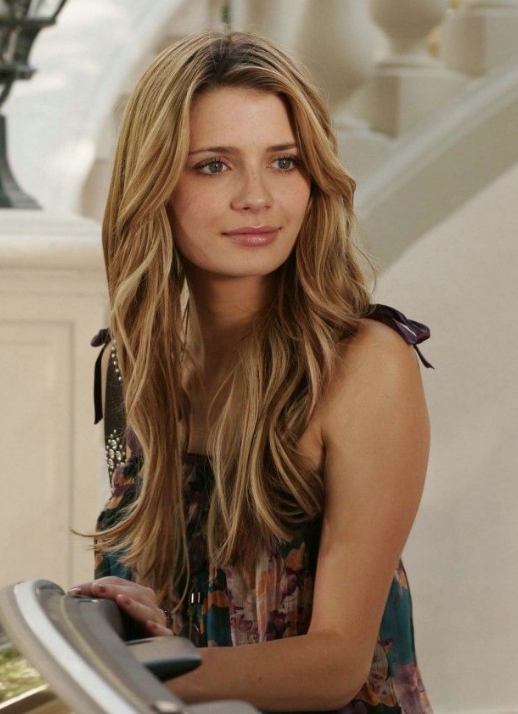 Everyone’s into endurance sports these days, but the ultimate test of will is growing out a heavy, blunt fringe. My relationship with my fringe has been on/off for the last ten years or so and I all too often play the ‘keep it’ or ‘grow it out’ game of tennis. It’s so not as easy as the shaggy-haired likes of Alexa and Suki might have you believe.

For those of you braving that awkward limbo-stage, Kirby grips and willpower are crucial! 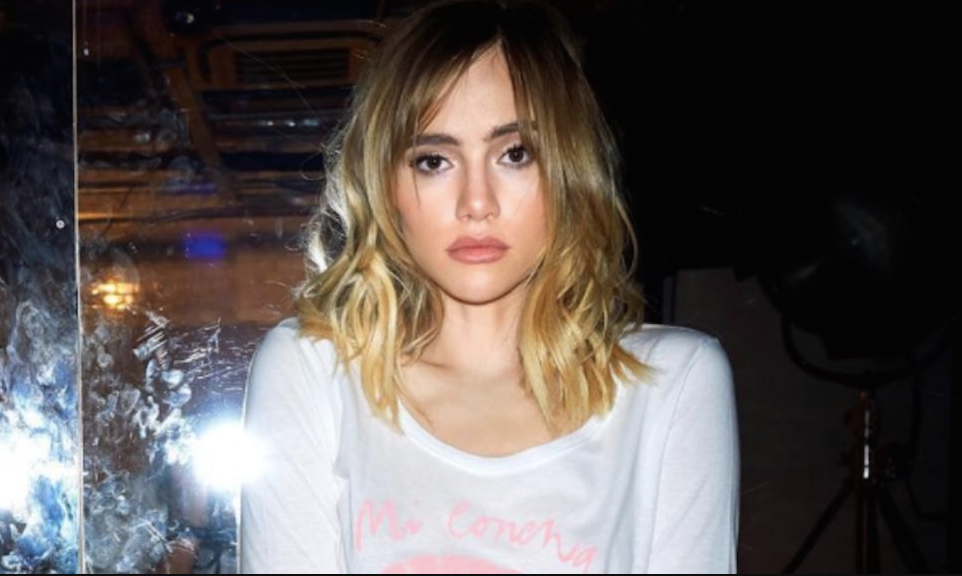 I was a child of the eighties, mostly, so the classic bowl-shaped haircut of the era featured heavily in my formative years. I wasn't a fan of a fringe - for myself - after that. I love them on others though and a while back I had a change of heart: perhaps, I'd like to give one a try. It'd cancel out the frown lines/to Botox or not Botox? the dilemma in the future, I thought.

My hairdresser at the time shut down that idea pretty quickly. It appears I have a 'jumpy hairline', and the sleek, heavy fringe I imagined would need extensive crafting every morning. Thus ended my fringe flirtation... For now anyway. 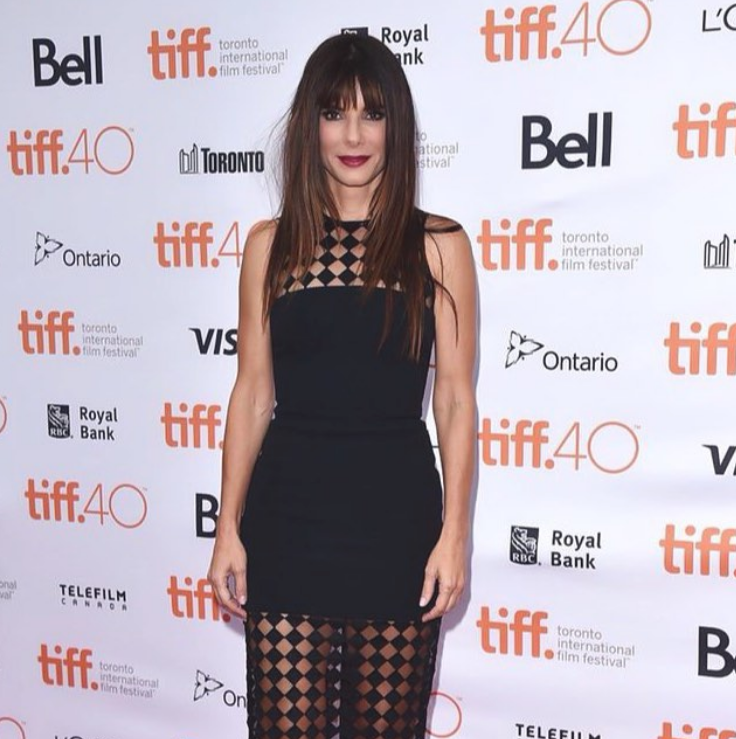 TRENDING TODAY: The High Street Dupe For Prada's Headband That You're Seeing Everywhere

I, like many others, have dreamed of a fringe-adjacent life. This originated, hilariously, with the cover of Lindsay Lohan's album (forgive me) Speak. Her side fringe was my 00's dream, but that was quickly shot down with the introduction of two words to my teenager vernacular: Cow's Lick.

I somehow have one on each side of my centre parting and am thus - unwillingly - excluded from this narrative, not for lack of trying. Over the years, I've managed to persuade hairdressers to cut long bangs into my hair (long enough to tuck behind ears, lest they remain vertical) armed with unattainable shots of Sienna Miller from her Alfie days. The result is not really a fringe at all, but sheer defiance of being told what to do by my unforgiving hairline. Bangs love a trier. 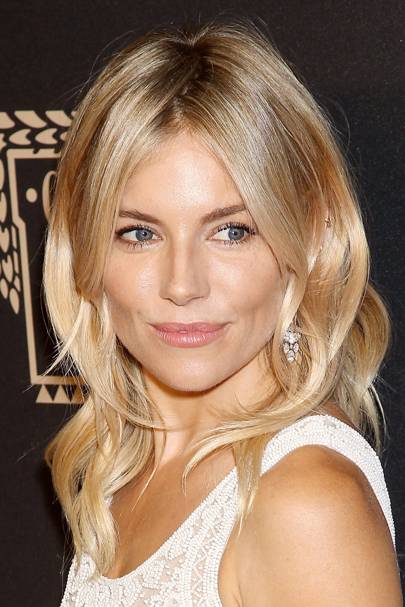 Every photo of me as a child features a wonkily cut fringe (thanks mam). It was a hairstyle I donned for the first decade of my life. Then, I became too cool for a fringe and quiffed by hair into a 'pouf' alá Lauryn Conrad. Then, I became too cool for a 'pouf' and sported what can only be described as a 'spicer fringe'. But then came along the TV show Skins and suddenly I wanted the fringe of my childhood back. While the rest of my friends wanted to look Effy, it was Emily and Katie Fitch who I most aspired to be.

Cue my desire for red hair and a full fringe. I had dyed red hair (thanks Rihanna) and a full fringe when I was a kid so I was confident this was going to go well. Spoiler: it did not. I've spent the past decade desperately growing out both that fringe and red hair dye - easily the worst decision I've ever made.

I'd attach an image if I hadn't burnt them all.

Bangs Success Rate: Don't do it, save yourself!

6
READ: This Hair Accessory Ensures I Never Have A Bad Hair Day
READ MORE: Have Blonde Hair and Use Argan Oil? Yeah, You Really Shouldn't