The Foolproof Liquid Eyeliner That Gives A Perfect Wing Every Single Time – For €11.95

Join me on my quest for a fresh flick. 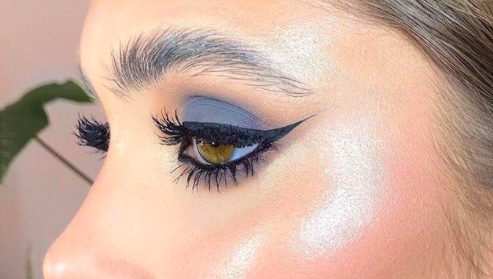 Ever since my teenage years, I’ve been a devoted user of liquid eyeliner.

Still to this day, I can't be seen outside my house without it – flicks are a part of my identity.

For over a decade now I’ve only had eyes for one: Kat Von D's Tattoo liner which costs me €21 a pop and lasts a good three to four months, sometimes even more. But in recent times, I’ve been thinking about trying something new.

It wasn't until one unfortunate day when my regular order of my beloved eyeliner got lost in the post and therefore left me without eyeliner: my worst nightmare.

Could I just suck it up and leave the house without a perfectly sculpted wing? Sure. Could I just use one of the many unused kohl liners in my makeup bag? Yes. Did I? No.

Instead, I went to my local pharmacy in a frenzied panic and picked up the IsaDora Flex Tip Eyeliner in shade 80 Carbon Black.

Partially down to the packaging (I'll get to that in a minute) and partially because after several swatches of various different felt tip eyeliners, this not only had the nib sharp enough to cut glass but also black enough that I wouldn't have to redraw. 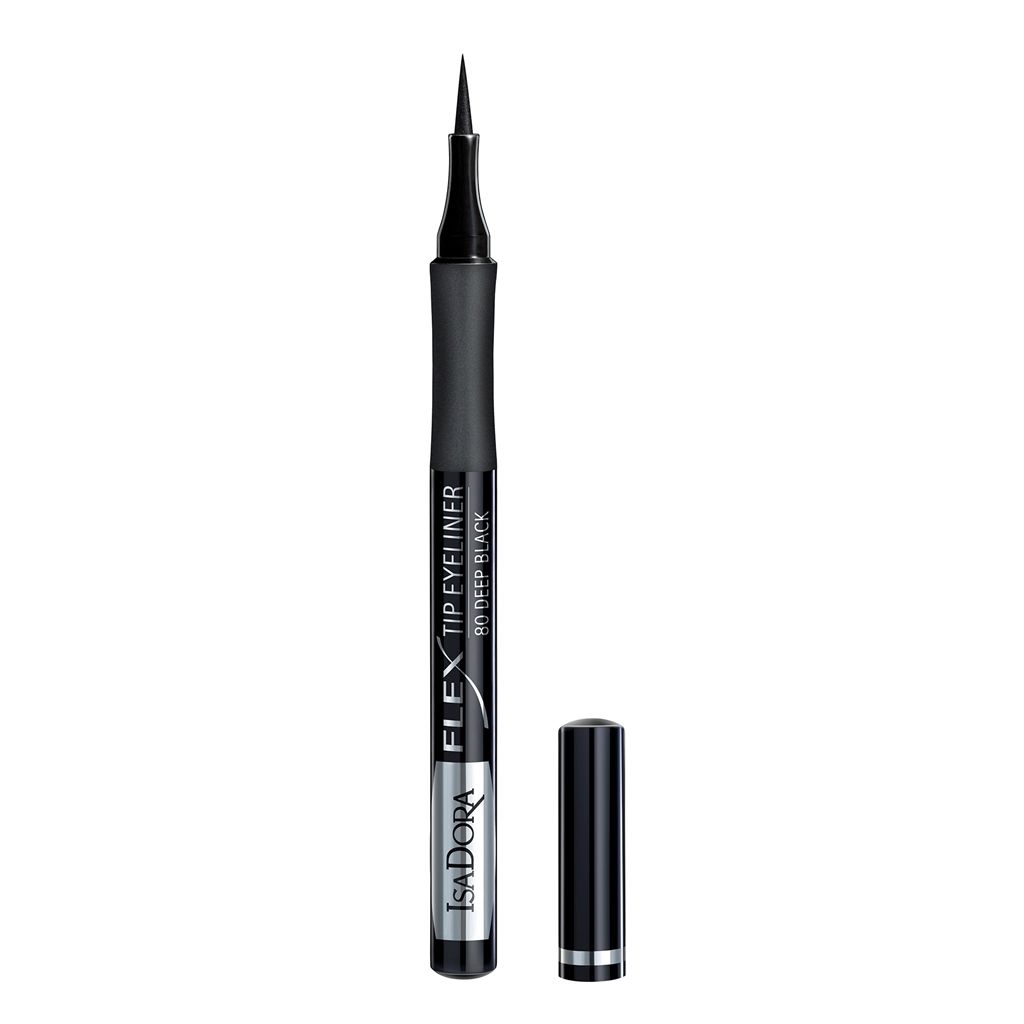 Now let's discuss what initially (ahem) drew me to the eyeliner in the first place: the packaging. It's pretty basic but I want dramatic, over-the-top packaging from eyeshadow palettes or lipstick – not eyeliner. It's all black which immediately spoke to my gothic soul but what really intrigued me here was the rubber grip.

Not too dissimilar to the kind of grip you'd use in primary school on your pencils, the aid of a rubber grip means you hand will not budge when applying and ultimately giving you complete control.

As for application, I found it extremely easy to put on, thanks to the super long, flexible felt tip that makes for a simple, smooth and fast application with just the right amount of resistance – not to mention the razor-sharp edge it achieves after just one stroke. All of this means the liner literally slides on. What's more, by simply pressing down on the liner as you apply, you can alter the thickness of your flick with total control and ease.

The formula is water-based which I admit, made me apprehensive about the longevity on the eyeliner but after wearing for a total 12 hours, it did not smudge once – nor did it disappear from my face (although I feel my eye primer may have had something to do with this). My only complaint was that despite not smudging or disappearing, it did lose its strength in colour. 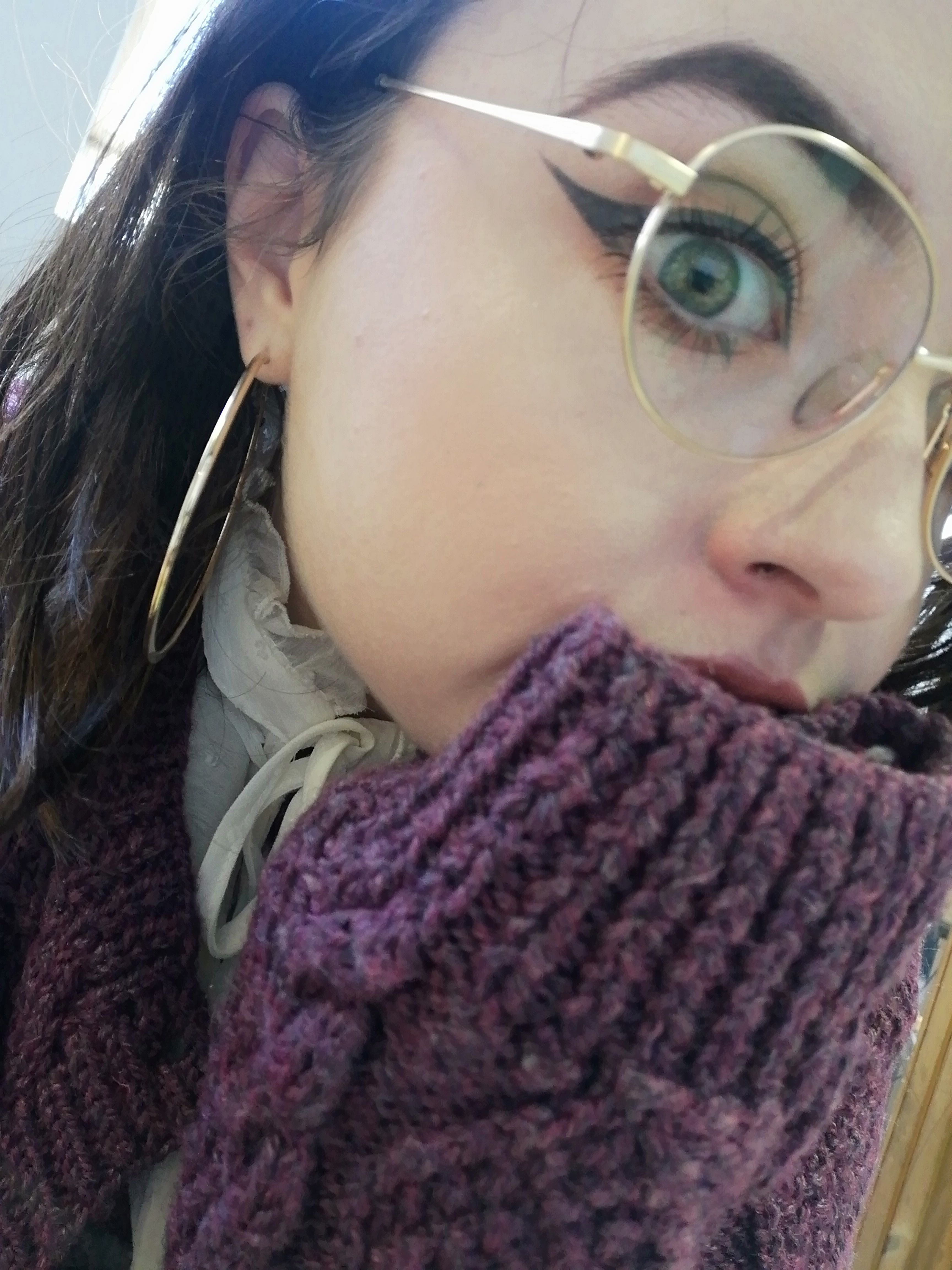 Will it replace my trusty Kat Von D liner? Probably not – but that's simply down to the fact I'm loyal and it takes a lot for my head to be turned.

Will I repurchase it? Absolutely.

I like to always carry an eyeliner with me everywhere I go and this holds all the power of my beloved liner of choice but for half the price. It'll also come in handy on days I let my liner stash go low or when I feel like going for a thicker cat-eye that only this liner can achieve.

READ: The Cult-Favourite €40 Product Celebrities and Our Editors Rely On For Seriously Radiant Skin

READ MORE: Applying Fake Eyelashes Is Easy, Once You Know How