The Depressing Reason Why Women's Haircuts Cost Much More Than Men's

Have you ever felt ripped off when paying for a haircut? 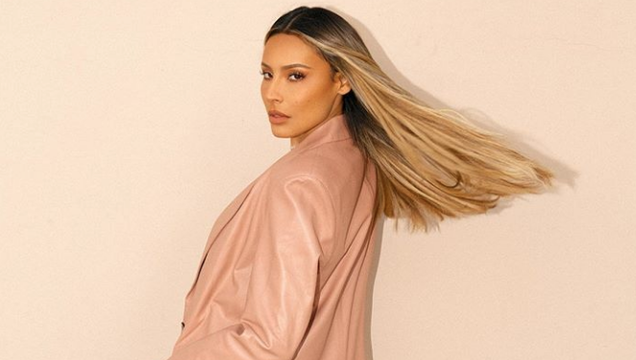 Studies would suggest you have – provided that you’re a woman.

One such study found that only 15 per cent of randomly selected hair salons charge the same prices for equivalent services for men and women.

It’s that little thing called the ‘pink tax’ – the elevated price of products and services marketed at women. But if a new wave of salons is any indication, change (and less financially ruinous haircuts) may be on the horizon.

A moment for the men in the room who may soon have to chuck out considerably more for a fresh barnet, as the gendered hair pay gap may soon close for good.

Considering that the once-given fact of all women having long hair and all men having short hair is now entirely old-fashioned and that there are plenty of people who identify as neither gender, charging based on gender is outdated.

TRENDING TODAY: Your Ultimate Makeup Brush Guide: The Ones You Need And How To Use Them

Hackney-based Butchers recently announced in the Guardian that they will no longer charge men and women different prices based on gender, and instead, prices will solely be determined by the seniority of the stylist.

‘We did contemplate doing it slowly, raising it little by little,” says owner Susannah Richardson.

“But then we thought no, we’re doing it completely, for moral reasons. It’s about equality, it’s the right thing to do.”

Likewise, Bleach London, who are famed for their near-mythical ability to emanate any hue in hair form, charge on the length of a client's hair, and nothing else.

Alex Brownsell, the founder and creative director told British Vogue, "We don't charge based on gender at Bleach because hair follicles aren’t male or female. We have lots of non-binary or trans clients, and our services are for everyone.

"Our prices are based purely on the length of hair, as that equates to the time it will take and the amount of product needed."

Closer to home, Maven Hair Studios in Temple Bar is now charging a fixed price for both men and women to get their haircuts and a subsequent blow-dry, depending on how long it takes.

A haircut will cost €42.50 for anyone who enters, and the cost of a blowdry will depend on how long it takes.

In her post on Instagram sharing the new pricing system Maven owner Michelle Grimes said, “This is something I have wanted to do for a long time, so providing one generic pricing system helps to promote fairness and equality in the studio.”

Pricing will now be based on length of time it takes to execute a service rather than your gender. This is something I have wanted to do for a long time,  so providing one generic pricing system helps to promote fairness and equality in the studio. I see this as a very positive move and I hope you all agree xx Please see my stories for more info x

Finally, women will no longer have to bear the brunt of their male friends boasting about a €10 haircut.

The future is now.

READ MORE: Do You Really Need Eye Cream? We Asked An Expert

READ MORE: The €4.30 Brow Gel That Makes Your Eyebrows Look Like They're Laminated – Even Though They're Not