We Can All Go To The Salon Again! But The Question Is, Do You Actually Want To? 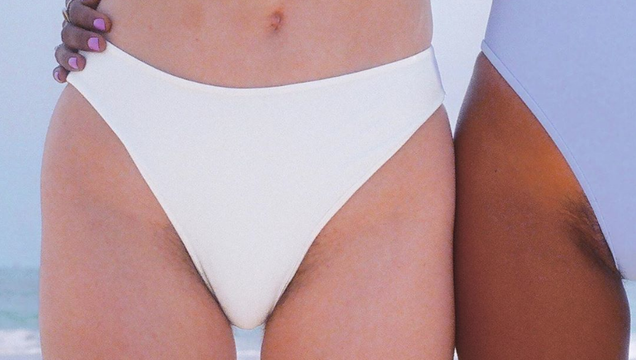 Beauty salons and hairdressers re-opened a little over two weeks ago but much to everyone's surprise, the demand for waxing appointments was somewhat lacking which begs the question: 'Is natural body hair finally becoming our new norm?'

The word ‘trend’ is in a weird place these days. Once upon a time, trends were a staple in the fashion and beauty industry. Now, as a result of these uncertain times, trends are having somewhat of an existential crisis. While owning the ‘it’ item for summer seems frivolous, trends have gone from what’s inside your wardrobe to what it is you do at home. Since countries across the world went into lockdown, we’ve seen the likes of banana bread, jigsaw puzzles and self-isolation fringes take over as the seen thing to be doing.

The same can be said for much more than just at-home activities. Pubic hair trends are experiencing a similar ‘anything goes’ revolution. Yes, claiming that a body part is ‘in’ or ‘out’ of fashion is still inherently problematic, yet many have noted that fuller-bodied pubic hairstyle is being celebrated in the public eye in 2020 in a way it hasn’t been for quite some time.

Take Ashley Graham for example. Model and forever champion of owning your body and your choices has publicly spoken out on the topic saying “Last time I was single, I cared more about what men thought. Now I don’t, and I stopped getting Brazilians. It’s about your preference and your partner’s preference.” This pressure to wax, shave or laser off your pubic hair is nothing new and something many women feel as a result of a romantic relationship. “We all present an unrealistic version of ourselves when dating,” says Dr. Caroline West, sexual studies lecturer in DCU. 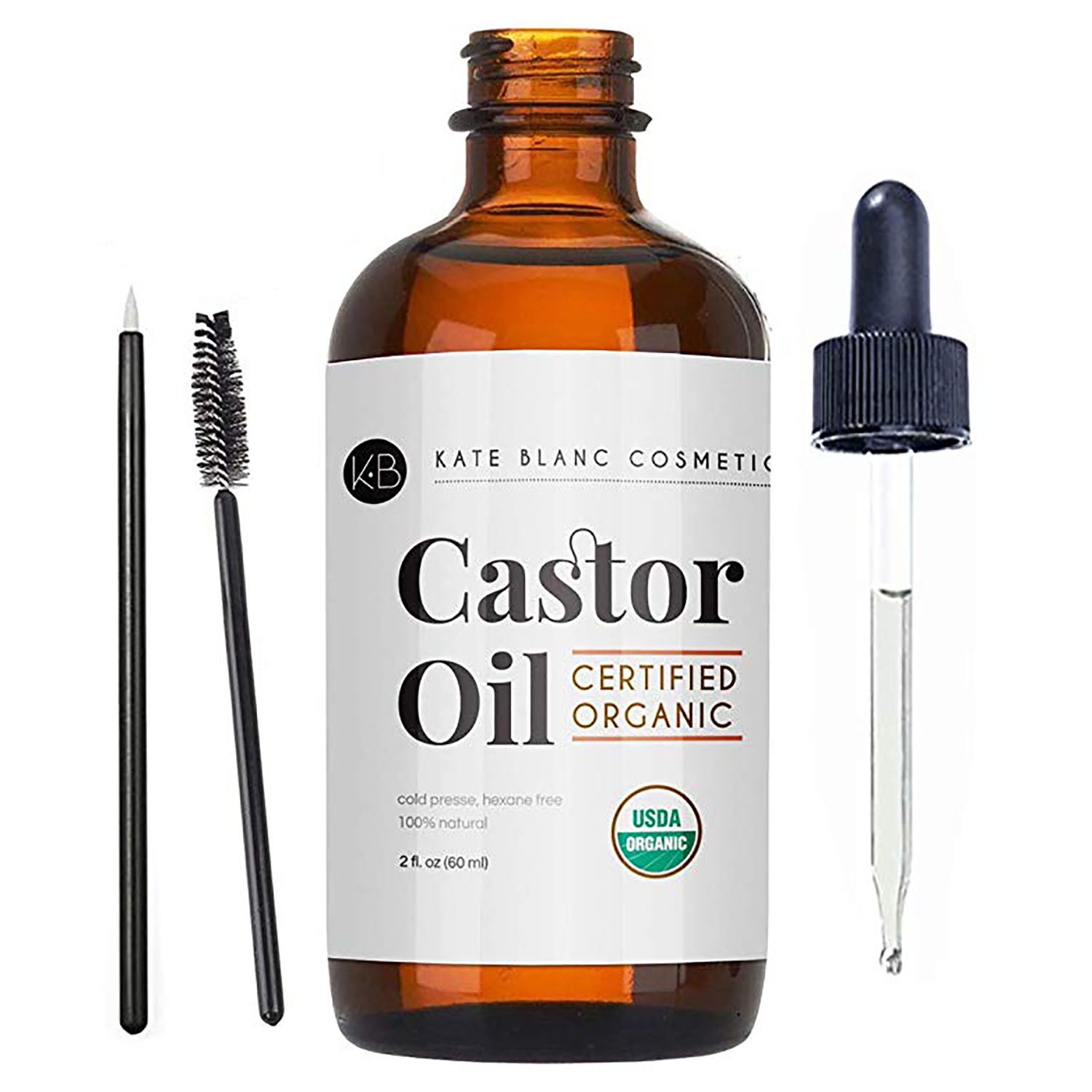 But just like stressing over whether or not you’re ‘on trend’, the fact is most people don’t actually care. “Sometimes we have a negative relationship with our body and while we stress about stretch marks, most of our partners don’t care,” says Dr. West. But it’s not just romantic partners we feel pressure from, it’s other women too. Case in point: Sex and the City: The Movie. The four girls are lounging by the pool when suddenly Samantha shames Miranda for having bikini line hair growth sticking out from her swimsuit. That’s the kind of judgement heaped on women if we deviate from what’s expected of us. “Sometimes women take any reason to another woman down, and body image is a known weak spot to target,” says Dr. West. “If we accept our authentic selves and our bodies, maybe we could be closer as women. We need to learn not to care about other people’s opinions.” One woman able to attest to the social pressures that comes with giving up the razor is Laura Jackson, founder of ‘Januhairy’, the movement that encourages women to grow their body hair for the month of January and share images of themselves online too. “When I first made the decision to grow out my body hair, I was uncomfortable - mentally. I was extremely aware of what other people thought and how society viewed body hair as being unhygienic, unfeminine and disgusting. I was scared to let anyone I was doing it, let alone show it off.” And Jackson is not alone in that way of thinking, Taryn De Vere, writer, artist and proud non-shaver found that her biggest hurdle was herself.  “Once I stopped shaving everywhere, the hardest part was over overcoming my own ideas about what other people might be thinking about me. That was a long journey, it took a long time to not care - and I don’t think I’m fully there yet.” 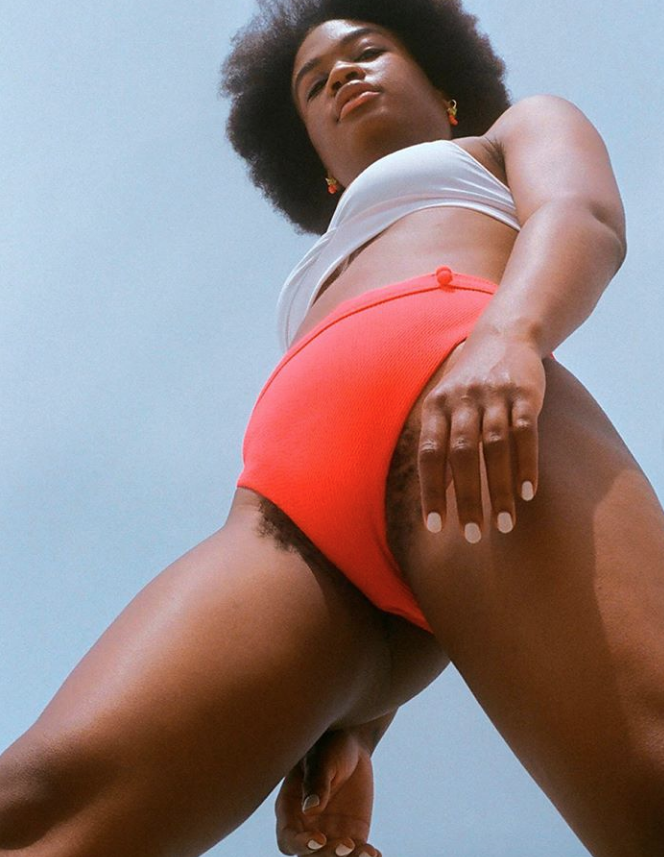 Society’s policing of female body hair is so strong that most women don’t question it anymore. Shaving, waxing, lasering and plucking hair from our legs and armpits to bikini lines and bums has become an accepted – and expensive – part of our beauty routine. So much so, it’s what drove De Vere to stop shaving in the first place. “The double standards for men and women started to grate on me as I got older. I read a study that said on average women spend forty minutes more each day grooming than men do. Plus things like razors are more expensive if they’re being marketed to women. I wondered what it would be like to stop shaving and if I was brave enough to do it and here I am.”

It seems strange that refusing to have hot wax slathered on your labia is considered rebellious. Yet this is the one stereotype that follows women who embrace their bush. “Pubic hair has often been represented as a thing of disgust or a tool for dismissing feminists,” says Dr. West. “A lot of teen films from the eighties and nineties were made by men, so it was an easy way to dismiss feminism by making it as unattractive as possible.” The association with growing out your body hair and feminism is not one that’s solely cast upon us by Hollywood directors, in fact, we’re the very people who enforce it on ourselves. “For a long time, I agreed with the ideology that any woman with body hair was just another angry feminist,” says Jackson. “I thought this way until I actually experienced doing it myself. After deciding not to shave, I found myself back in the habit of removing my body hair and I felt guilty about not shaving. It wasn’t until I spoke about the shame I was experiencing with my dad that I realised body hair is actually feminist. It, like feminism, is about choice.” 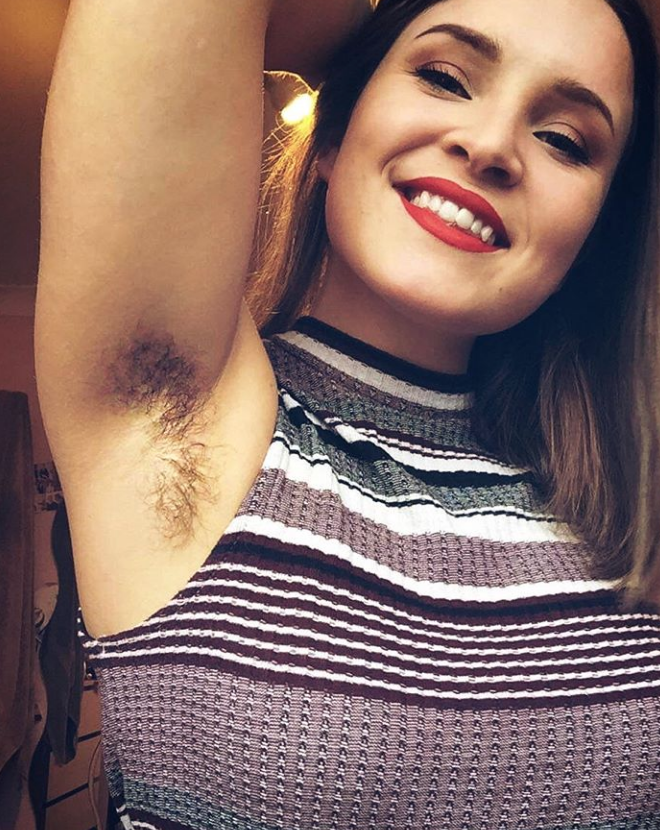 While for De Vere and Jackson, the decision to bring back the bush stemmed from social and gender injustice, many women are simply removing their body hair because they’re not aware there is an alternative. “A lot of my younger clients wouldn’t know of such pubic hair trends like the bush or the betty dye, so the Brazilian trend is all they know, totally bare is their norm” says Emma Baker, founder of Waxapeel Dundrum. An experience Jackson certainly felt before creating Januhairy. “From an early age, I was under the impression that because I was a woman and I’ve hair on my legs that I must shave, actually that’s exactly what my older sister told me. I suddenly felt so embarrassed over a part of my body that I never thought I’d have to be embarrassed about,” says Jackson. “But as soon as I realised there was a choice and that mine was to let my body hair grow out, that experience of accepting a part of something I was ashamed of, it was so beautiful. It changed my relationship with the rest of my body too and I really began to truly love myself.”

Like most insecurities, they can be a result of social media but thanks to the likes of Januhairy encouraging women to not only embrace their body hair but share images of it too, this conversation has started to change. So much so that we now see glamorous supermodels such as Emily Ratajkowski and Kate Moss to popular artists such as Janelle Monae and Madonna to even Hollywood actresses like Julia Roberts and Drew Barrymore all embrace their body hair and show it off online. There’s no disputing that social media is a place where putting one another down is common practice but with movements like Januhairy and the rise in celebrities proudly posting about parts of our body we’re accustomed to feeling ashamed about, body hair is slowly becoming the new normal.

As the bush continues to grow in popularity online, many women are now being forced to let their body hair grow as a result of salons being shut to stop the spread of COVID-19. While lockdown is over, embracing your self-isolation bush may not be. “I think life after quarantine will see our beauty standards change,” remarks Jackson. “Having had the experience myself of not shaving completely changed my perspective and I think with salons being shut and therefore being almost forced to let your body hair grow out, it will change women’s relationships with their bodies for sure.” 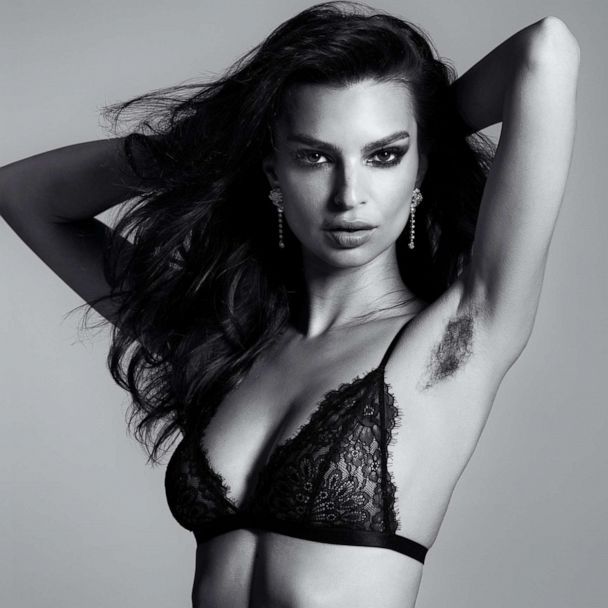 Regardless of the return of the bush, there's also nothing wrong with wanting to get rid of your pubic hair. The problem is that so many women feel that it’s a black or white choice. “There is definitely a middle ground,” points out Baker. “Just remove less than you normally would. Whether you want to get rid of your pubic hair entirely or keep some, talk to your beauty therapist about your preference and they will be able to customize a style for you to maintain.”

However you choose to wear it, hair is like any other trend: it always comes back eventually.

This article was originally published in the June issue of Irish Tatler.