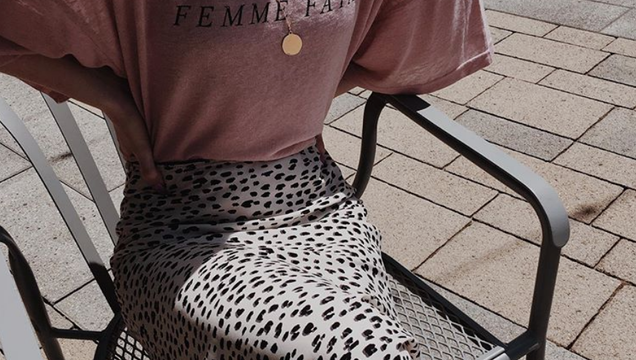 Last call for the bandwagon.

We are now in year two of the leopard print silk midi skirt era.

Sure, some people will have you believe we're only a few months into its dominance, where in fact, this trend has been around since 2017, at least. Facts aside, it is important to accept that we are actually in year two, because, in doing so, we can let go of any doubts surrounding whether or not this is yet another fleeting trend. The proof is that the leopard print silk midi skirt has become as permanent as any other sartorial choices like the humble white tee or a pair of decent denim jeans.

But, look: I'm not here to defend the skirt's ubiquity nor am I here to point out its popularity - that's...been done. I'm writing about this skirt because I'm sure there are many people out there who have seen the skirt, loved the skirt but are nervous about buying it now since you can no longer walk through the streets of Dublin without see everyone else wearing it. I'm here to banish your fears and give you permission to wear it (not that you need my or anyone else's permission to do).

I don’t own a @Raptors jersey, but I figured leopard print was an appropriate choice since tonight’s game should be wild.  (At this point if you’re a Torontonian the bandwagon is mandatory.)  Where is everyone watching the game tonight? #TMEStyle #WeTheNorth

Basically, I want to let you in on something I recently learned: the absolute best time to get in on a trend is after everyone else has already jumped on it.

Sure, intentionally being late to a trend goes against conventional belief. We've been led to believe that when it comes to fashion and culture, it's good to be ahead of the curve and to be the first one to know about something 'cool'. Which, in fairness, is nice.

It's nice to be the one to tell your friends what TV show to binge or what band to listen to or where to find the perfect pair of mom jeans (asides from your mother's wardrobe). But as someone whose job it is to report on the latest fashion trends - often before they even reach the runway - I can vouch for what hard work it is.

Wishing I could have kept this vintage @ysl top. You can rent this emerald green beauty from @nothing_to_weardotcom  PS: I found these vintage @ysl sunglasses for a tenner from an antique shop in Lewes 殺

But you know what doesn't take any work at all? Walking through the streets of Dublin and seeing no less than five people in the same leopard print silk midi skirt, Googling it, and then finding links to several options at a variety of price points. And you know what's really nice? Not working.

More than just that, it's nice to be late to a trend because people love to claim a trend and what's more, they love the claim that they 'converted' you the trend. So, when you jump on the bandwagon - two years later - they will greet your decision with glee. Furthermore, if you are the first person to embrace a trend, your friends and random people on the street will comment on it, saying "that's...interesting" or more likely, be met with funny looks. However, if you start wearing a leopard print silk midi skirt now, everyone from strangers to your best friend will have worn it and tell you how great it looks on you (and, by extension, acknowledge how wonderful it must look on them).

Where I’d rather be on this Monday. Also you need a @leopardmidiskirt in your life  #AxieOnTheMove

Same situation with the leopard print silk midi skirt, and any other trend for that matter. Just go for it - no matter how long it has been a 'trend' for.  I promise you that nobody will have even noticed that you weren't wearing it two years ago.

And even if they do, they won't care. 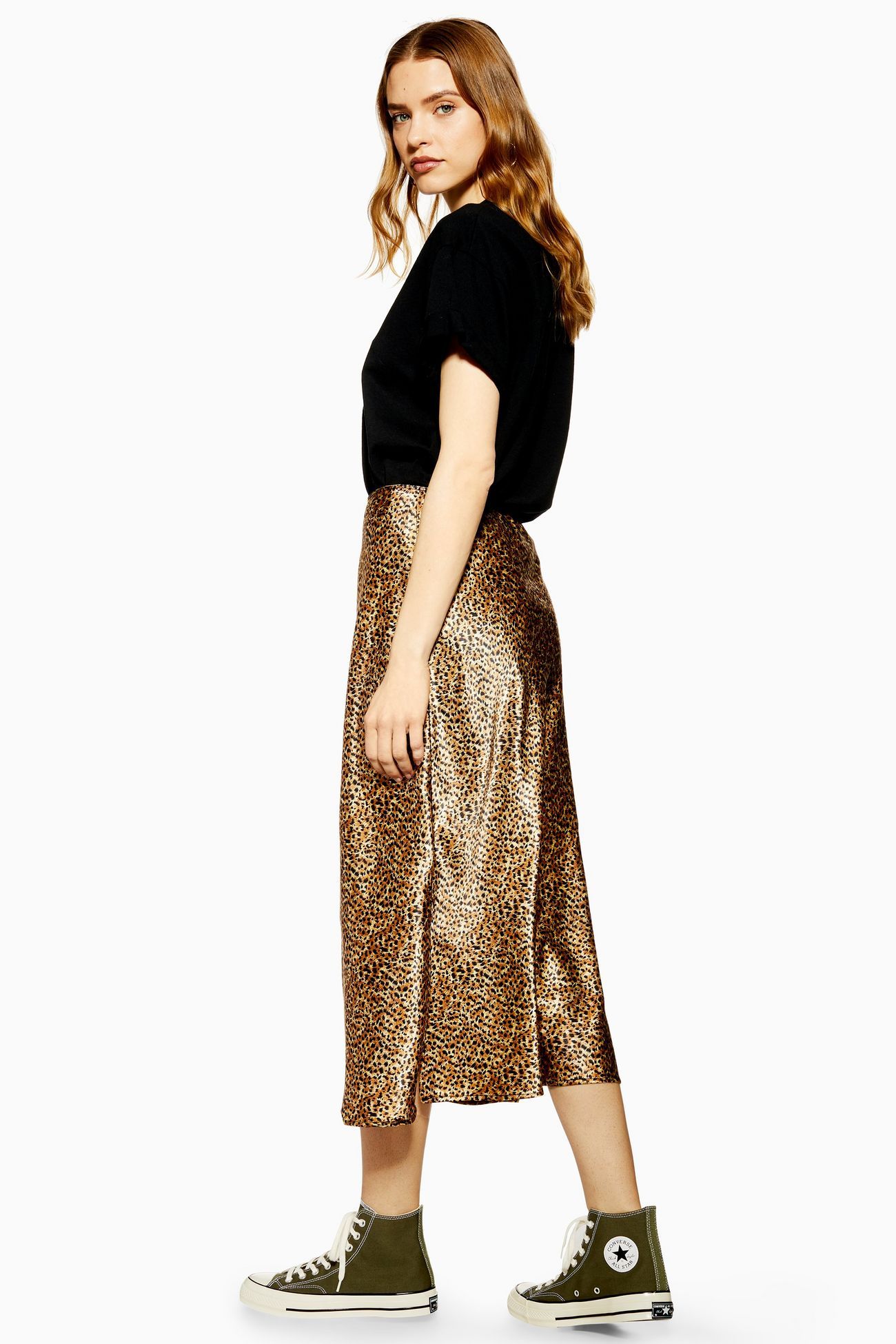 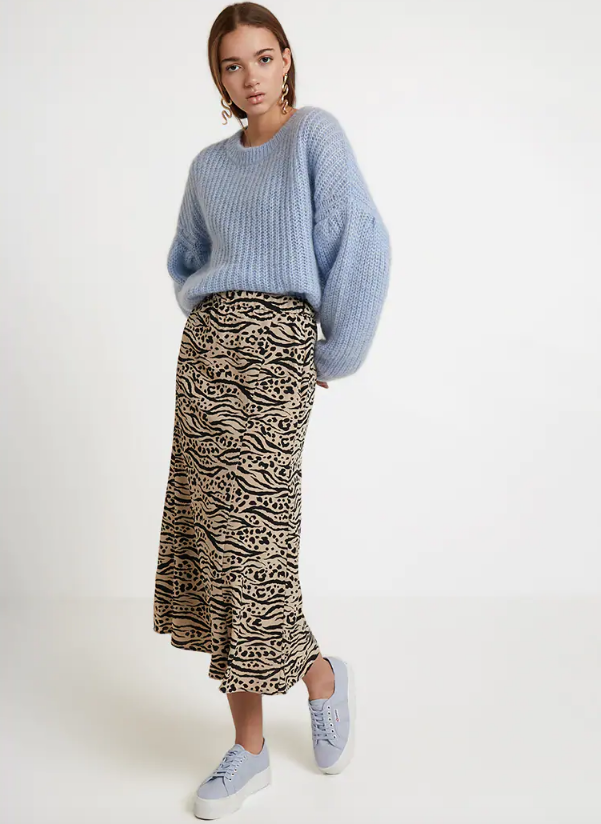 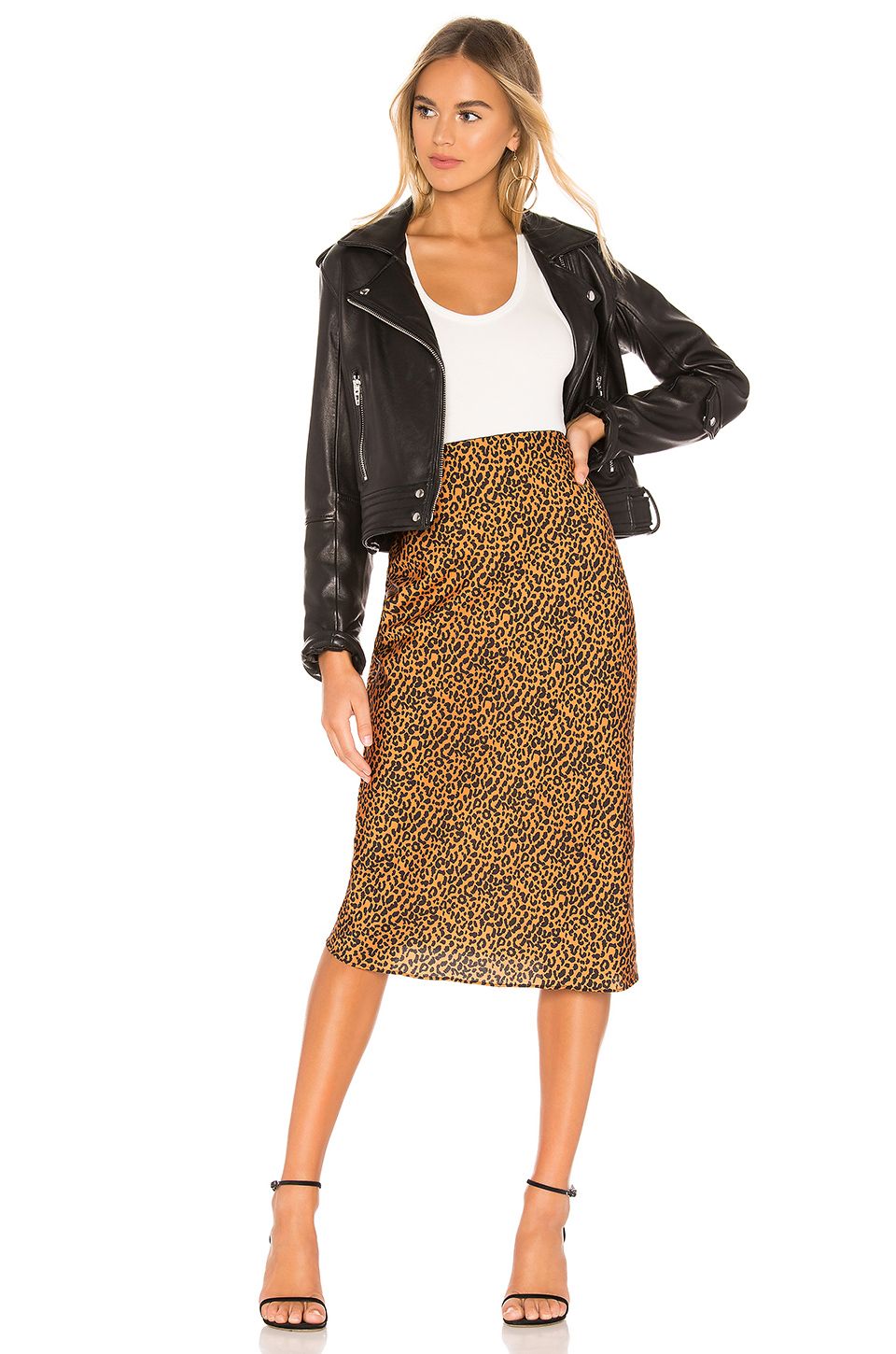