13 Costumes You Can DIY With Just A Black Dress

The possibilities are endless. 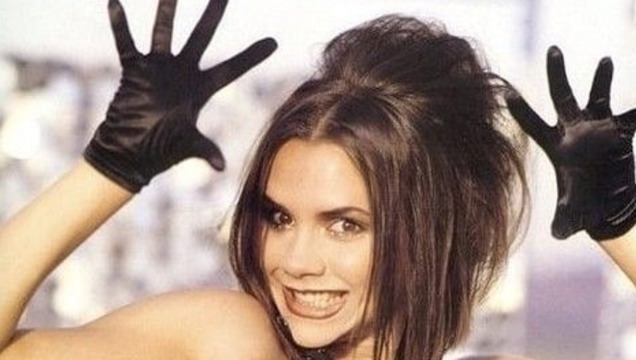 It's not too late!

There are two kinds of people in this world: those who take Halloween seriously and plan their costume months in advance, and then there are those who leave their decision-making for the night before the spooky holiday. And nothing screams "I put zero effort into this Halloween costume" more than showing up as a vampire or a black cat. Why? Because everyone in the room can tell that you plucked your nicest black dress from your wardrobe, smudged on a smokey eye, and called it a costume. Don't be that person.

Little inspiration is needed to quickly transform that same item of clothing into some of the most iconic women and characters of our day. Lucky for you, I've already found which ones.

Whether you're hoping to look feminine and feisty à la Victoria Beckham, queen of posh, channel your inner witch per Wednesday Addams or become a veritable fashion icon like the Madonna, your black dress is a versatile Halloween superpower. Keeping scrolling through to find 13 easy Halloween costumes with black dresses, from starlets to literary characters, singers and more—and never be caught unprepared for Halloween again.

Kate Moss has done it, so has Sophie Turner — and now it's your turn. Morticia is about as classic of a choice as it gets, and one that a lot easier for you to pull off than it seems. Claiming the black dress, black hair combo — both long, both sleek — as her signature look for almost 60 years. Combine a smoky eye with a red lip and if you pass red roses, cut them.

Or, dress up as Morticia's daughter, Wednesday. Channel the princess of Halloween in a classic collared black dress. Complete your look with two braided pigtails and red nails that look chic, but also low-key say "I'll kill you.

I'm so Thankful that me & my friends were the Spice Girls for our high school talent show! The Spice Girls got me through a lot! #ForeverThankful

How are you? Miserable darling, as usual. Perfectly wretched. ❣️❣️#cruelladevil

Cruella De Vil is the perfect way to showcase both sides of you—good and evil. Plus, she was a style icon in her own right. Bonus points for the puppy props.

NANCY FROM THE CRAFT

we are the weirdos, mister.

The Craft serves many functions in pop culture. It’s an amateur guide to various, vague dark arts. It’s a ’90s fashion time capsule on the same sartorial level as Pulp Fiction. It also passes the Bechdel test many times over and cannily captures the power struggles that can happen between groups of girls, with or without dog-collar chokers and nasty spells. But most of all, it’s a great Halloween movie — and therefore, a perfect place to find inspiration for your chic and clever costume this year.

By the very nature of Rocky Horror, these characters have been Halloween standards for decades. If you were prepared, you could have bought one in the store pre-made, but there's no time for looking in the past!

Every Halloween without fail, the 1980s are looked upon for costume inspiration and you can't talk about '80s style without bringing up the queen herself, Madonna. Her lace-and-tulle look from the American Music Awards is a Halloween costume just waiting to happen.

A witch is arguably the most classic Halloween costume there is. Witches are common in decor around this time of year, and many Halloween movies have at least one witch, so it's only natural to see a lot of witches on the night of October 31st. All you really need is a stylish witch hat, and you're ready. Green body paint is optional.

OK so you might need to create some DIY tentacles for this one but then it's as easy as some OTT make-up and an oversized fork.

Truthfully, I'll take any excuse to dress up as the fabulous and stylish Holly Golightly. I don't even need it to be Halloween, though that makes it extremely convenient.

👻 “I myself am... strange and unusual.” 👻 - - - - i’m really happy with how this turned out skdkskfjlsks #lydiadeetz #lydiadeetzcosplay #beetlejuice #beetlejuicecosplay #timburton #cosplay #cosplayer #cosplayersofinstagram #makeup

Be "strange and unusual" this season as in your best Lydia Deetz attire. With those iconic bangs, everyone will know who you are, no matter what you're wearing.

Costume checklist: Black dress, a black wide-brimmed hat, fake fringe or eyeliner to draw one on.

All of Stevie's outfits served major witch inspo, so they're already halfway to Halloween. Drape on some shawls and beads over a boho black dress for an easy (but epic) look inspired by one of music's legends.

If all else fails, a cat costume is just as reliable as that trusty black dress. Try taking a different approach and craft your ears using your own hair but if you can't be bothered to make your hair into a creative set of ears like this, just buy a pair on your way.

READ MORE: Prediction: These Will Be The Halloween Costumes You'll See All Over Instagram This Halloween