Why Forever 21 Sent Diet Bars To Its Plus-Size Customers

The retail giant faced heavy criticism from users on social media regarding a diet snack thrown in as a complimentary gift with plus-size online orders. 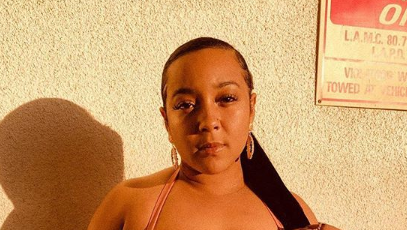 Forever 21 customers who ordered clothes online this week were furious to find an additional product in their packages: Atkins bars.

It is a common marketing tactic for brands to distribute free sample products promoted by third party colonies, but this very ploy is the reason fashion retailer Forever 21 found itself in hot water this week.

The fast-fashion retailer has come under fire for sending the diet bars to its customers – most of whom were shopping the brand's plus-size offering – as a "special promotion."

Unimpressed customers took to Twitter to share photos of the unsolicited Atkins bar sample that came with their online orders.

I went from a size 24 to 18, still a plus size girl, so I ordered jeans from @Forever21 Opened the package, when I looked inside I see this Atkins bar. What are you trying to Tell me Forever 21, I’m FAT, LOSE WEIGHT? do you give these to NON-PLUS SIZE WOMEN as well? pic.twitter.com/ds8kUTs7T7

It's understood that the company released a statement revealing the bars were sent to all online customers, not just those ordering plus size clothing.

However, it seems that the attachment for something so potentially triggering to all of its customers – from an undoubtedly young and female demographic – also caused concerns.

One Twitter user called Forever 21's offering a "wildly dangerous message" to send to its customers, adding, "Not only is it fat-shaming, it could also trigger people of all sizes who have EDs."

Apparently @Forever21 sends out Atkins bars with all of its orders, which sends a wildly dangerous message to ALL of its customers. Not only is it fatshaming, it could also trigger people of all sizes who have EDs. This is as dangerous as it is inappropriate. https://t.co/gPfr3jMUK4

Forever 21 responded with a statement, writing, “From time to time, Forever 21 surprises our customers with free test products from third parties in their e-commerce orders.

"The freebie items in question were included in all online orders, across all sizes and categories, for a limited time and have since been removed. This was an oversight on our part and we sincerely apologize for any offence this may have caused to our customers, as this was not our intention in any way.”

Forever 21 is no stranger to controversy. Several fashion designers, including Anna Sui, Gucci, Diane Von Furstenberg and Anthropologie, have previously sued the retailer over copyright and trademark infringement.

The retailer has also been criticised online for allegedly "stealing" art from Instagram and copying the work of independent designers.

Despite the brand's best efforts to apologise for what was presumably an overwhelming oversight, instances such as this remain a dangerous one for women of any size.

Sending unsolicited diet products to anyone could be a trigger for body dysmorphia and eating disorders, and all brands – especially those that target young women – should be aware of this.