Could This Be The New 'Bradigan'? 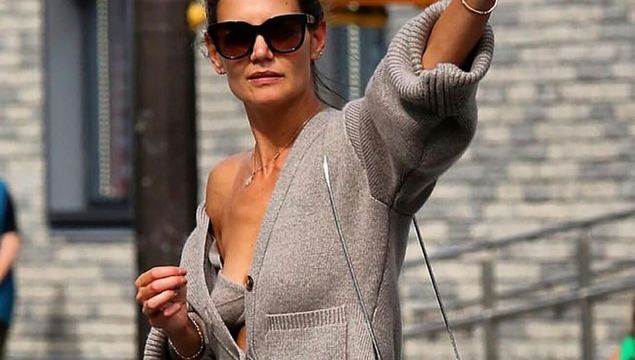 Continuing her reign as the queen of casual dressing, Holmes has once again sported what we suspect will be a strong knitwear trend for the coming season.

Cast your mind back to September 2019, when Katie Holmes stepped out in what was arguably the most iconic outfit of the year.

While hailing a cab in New York City, the actress was pictured wearing an oatmeal-coloured cashmere cardigan, and beneath it, a co-ordinating knitted bra. The ‘bradigan’, as it was aptly named, fast became the subject of sartorial analysis around the globe: simple, chic, yet so unexpected.

Worn with one button of the cardigan fastened and the bra just visible, the cashmere co-ord instantly gained cult status, selling out within the hour to place New York-based brand Khaite on the radar of the masses, all the while making Katie Holmes the spokesperson for knitwear in the process.

Earlier this week, Holmes brought us yet another unexpected knitted look. Continuing her reign as queen of casual knitwear, the actress stepped out in New York City sporting a simple knitted bustier - otherwise known as the 'The Lucie Top'. And if we needed more assurance as to the trend's impending success, her latest look also comes courtesy of luxury label Khaite.

While bustiers are by no means a new trend, seeing them in this new fresh fabrication is certainly a reinvention. Keeping the look simple, Holmes paired the soon-to-be cult white ribbed bandeau with straight-leg blue jeans, a matching white knitted bag, layered necklaces, triple-white trainers, sunglasses and, of course, a protective black face mask.

And, rather surprisingly, The Lucie Top is still in stock in both cream and black – though it's a bit of an investment €830. That said, if the popularity of Holmes' knitted style was anything to go by last year, it might be worth adding to your cart sooner rather than later. 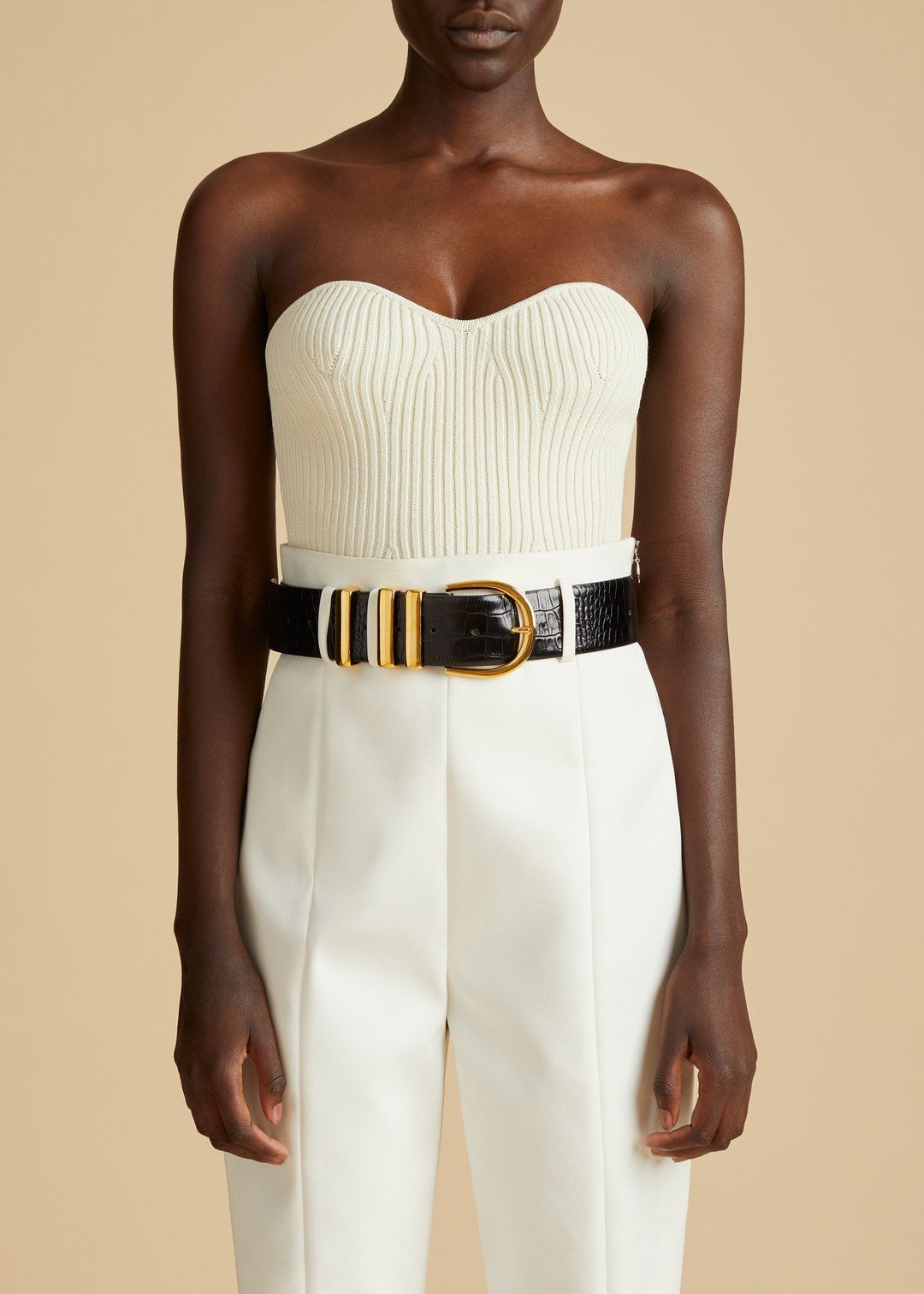 READ: Jeans And A Nice Top: The Jeans Edition

READ MORE: 7 Jackets To Wear During This Unpredictably Warm But Breezy But Rainy Weather