The Theme Of This Year's Met Gala is Camp, Here's What To Expect

Following the success of the 2018 Met Gala exhibition 'Heavenly Bodies: Fashion and the Catholic Imagination', the Metropolitan Museum of Art is busy dusting off the red carpet ahead of this year's Met Gala. Keeping the theatrical flair of the event alive, this year's theme 'Camp: Notes on Fashion.'

And, from the sounds of it, it's going to be even more diamond-encrusted, celebrity-filled, and serving more elaborate headpieces, tulle and gasping for air moments than a RuPaul Drag Race season finale. 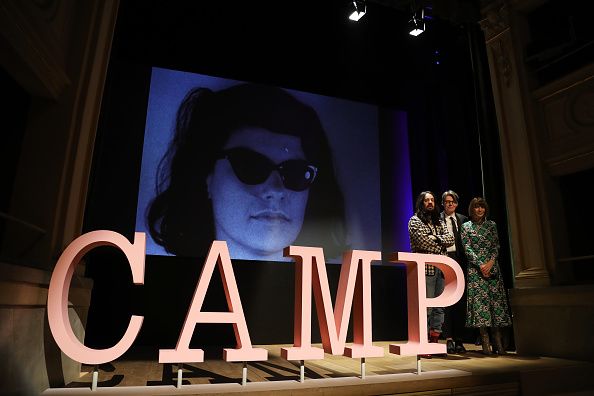 "To talk about Camp is therefore to betray it," Susan Sontag wrote in her seminal 1964 essay Notes on 'Camp' which inspired this year's theme. An essay which brought both the definition and the concept of camp to the mainstream. Sontag's words are just as relevant as they were 55 years ago and now with the biggest sartorial event of the year, perhaps more than ever people aren't just talking about camp, they're talking about Sontag talking about camp.

Still confused? Well, for starters, camp is not an idea but a "sensibility" which is to say that yes, it is one of the most complex themes the Met Gala has ever chosen - and it may just be the best concept yet.

Without diving fully into the specifics (just yet), here are some key points to note.

1. Camp is all about theatricality, mixed with irony, extravagance, pastiche and parody.

2. Camp is the antithesis of both tragedy and boredom.

3. Camp is the belief that "style is everything"

4. Camp is Oscar Wilde's quip that “one should either be a work of art, or wear a work of art”—and the fact that he said that in the first place.

5. Camp is the “the love of the exaggerated, the ‘off,’ of things-being-what-they-are-not.”

6. Camp is playful, but also esoteric.

7. Camp is “good because it’s awful” (though only, according to Sontag, if it falls under the category of one of her 58 meticulously listed bullet points). 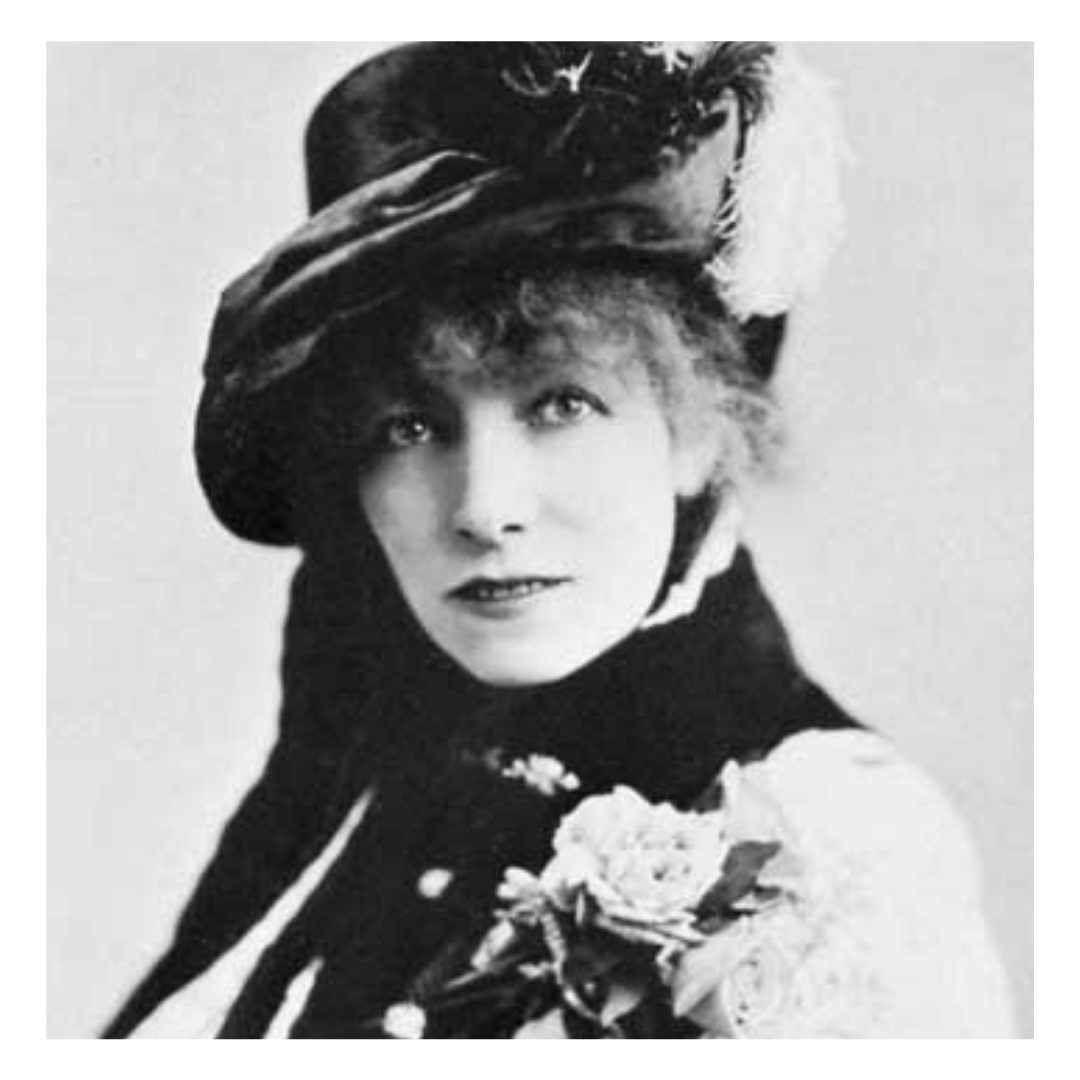 As if that wasn't enough to process, camp is also another thing entirely when it comes to fashion and the red carpet. As the lead curator of the Costume Institute, Andrew Bolton pointed out: “Chanel was camp as a person, but her clothes weren’t camp” -an important distinction.

To better answer the question “What can we expect from this year's Met Gala theme?”, allow us to revisit the annals of the fashion Camp Hall of Fame. 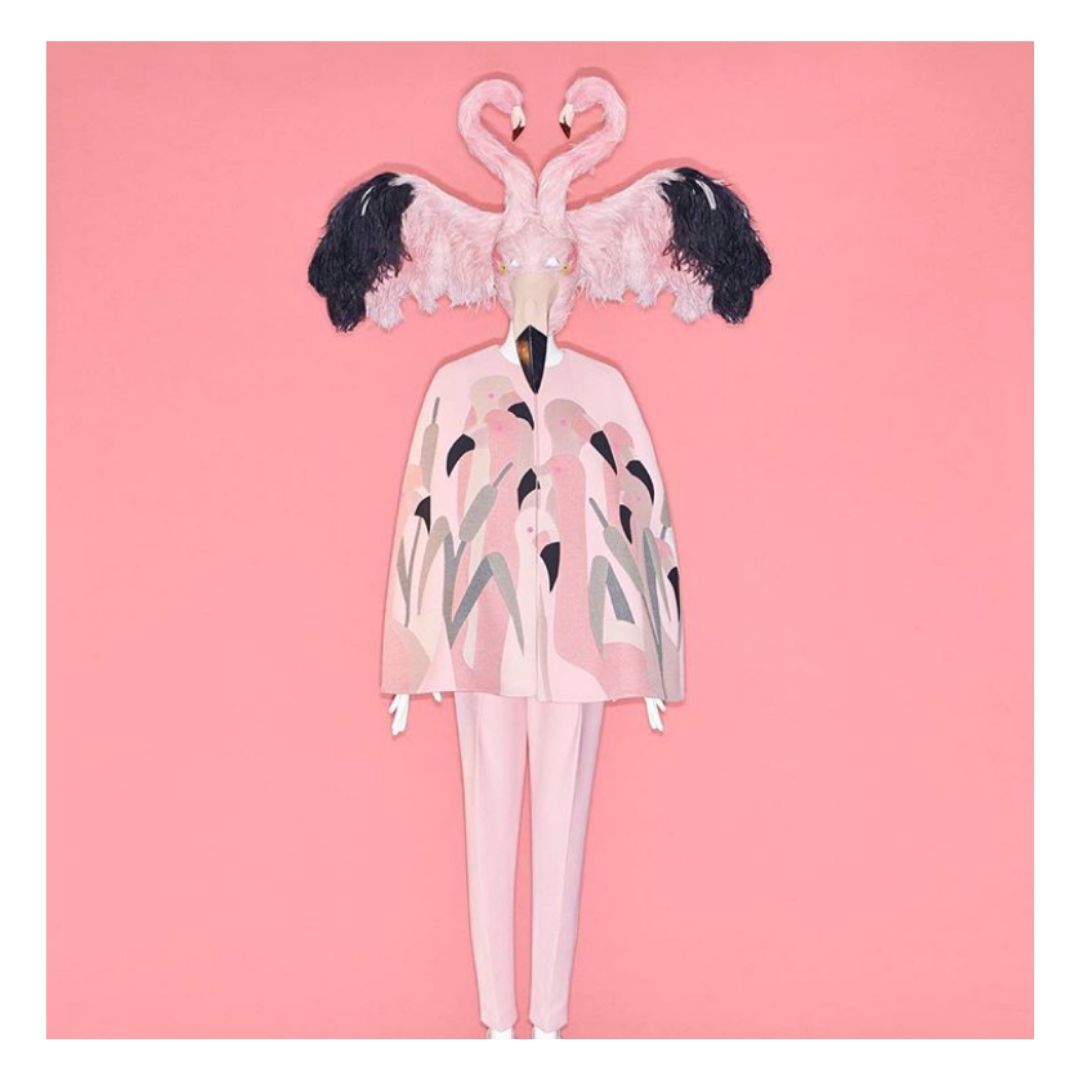 According to Sontag, nothing that comes from nature can be campy. Nature doesn't exist in camp and if, for some reason, it does; "it contradicts it outright." However, that's not to say that camp is all futurism and cold metallics. For example, take a look back at Rodarte's Spring 2011 collection where swatches of wood-grain-printed fabrics served as an inlay to each design or the dozens of butterflies that "carried" Gigi Hadid's giant wedding veil down the runway of Moschino's Spring 2019 show.

Those of you with particularly good memories will even remember the Alexander McQueen fall/winter 2002 show which featured real-life wolves walking the runway alongside the models. Granted, wolves alone are not camp but when restrained by a woman in a lilac purple cape, beneath the roof of a 14th-century former prison in the middle of the Seine - camp. 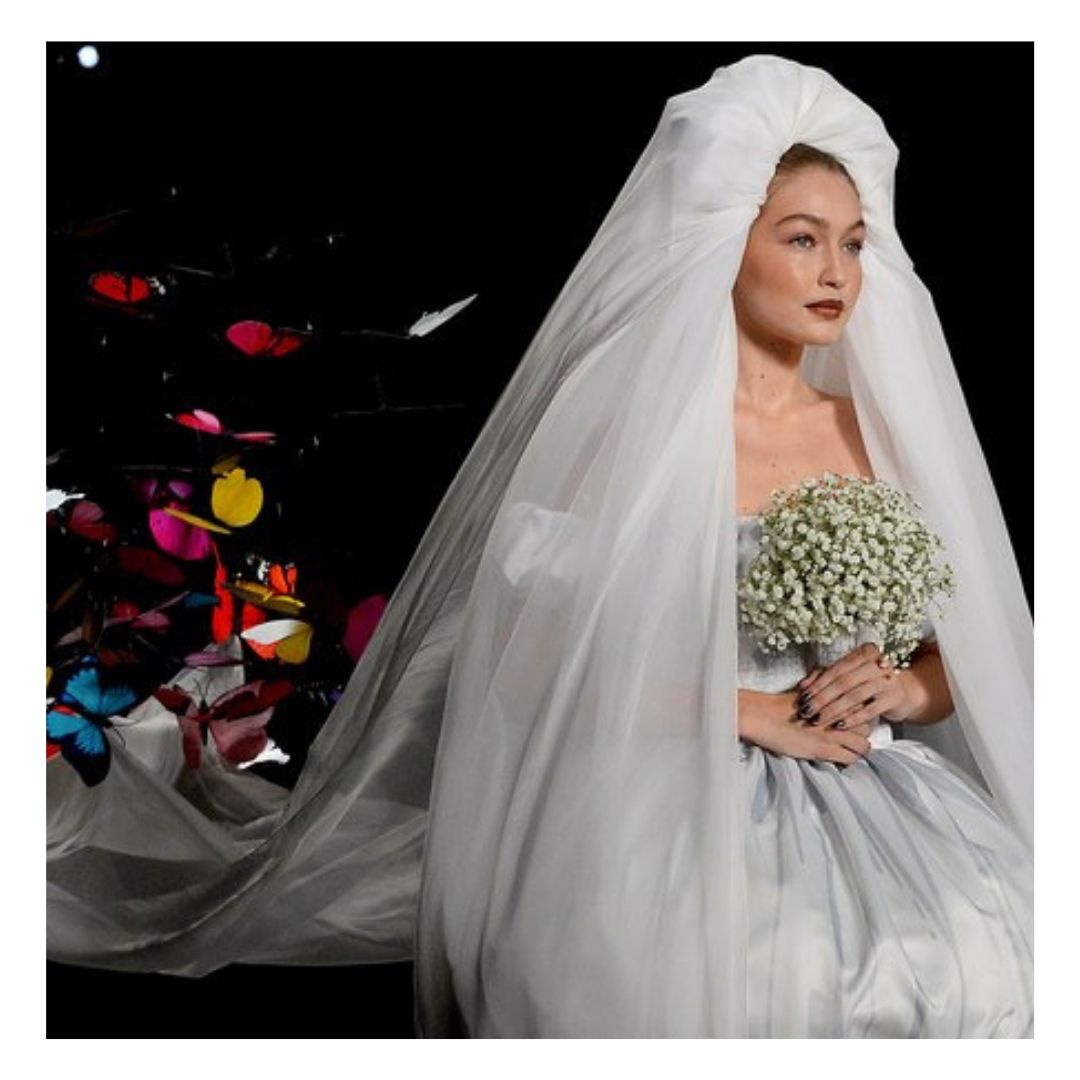 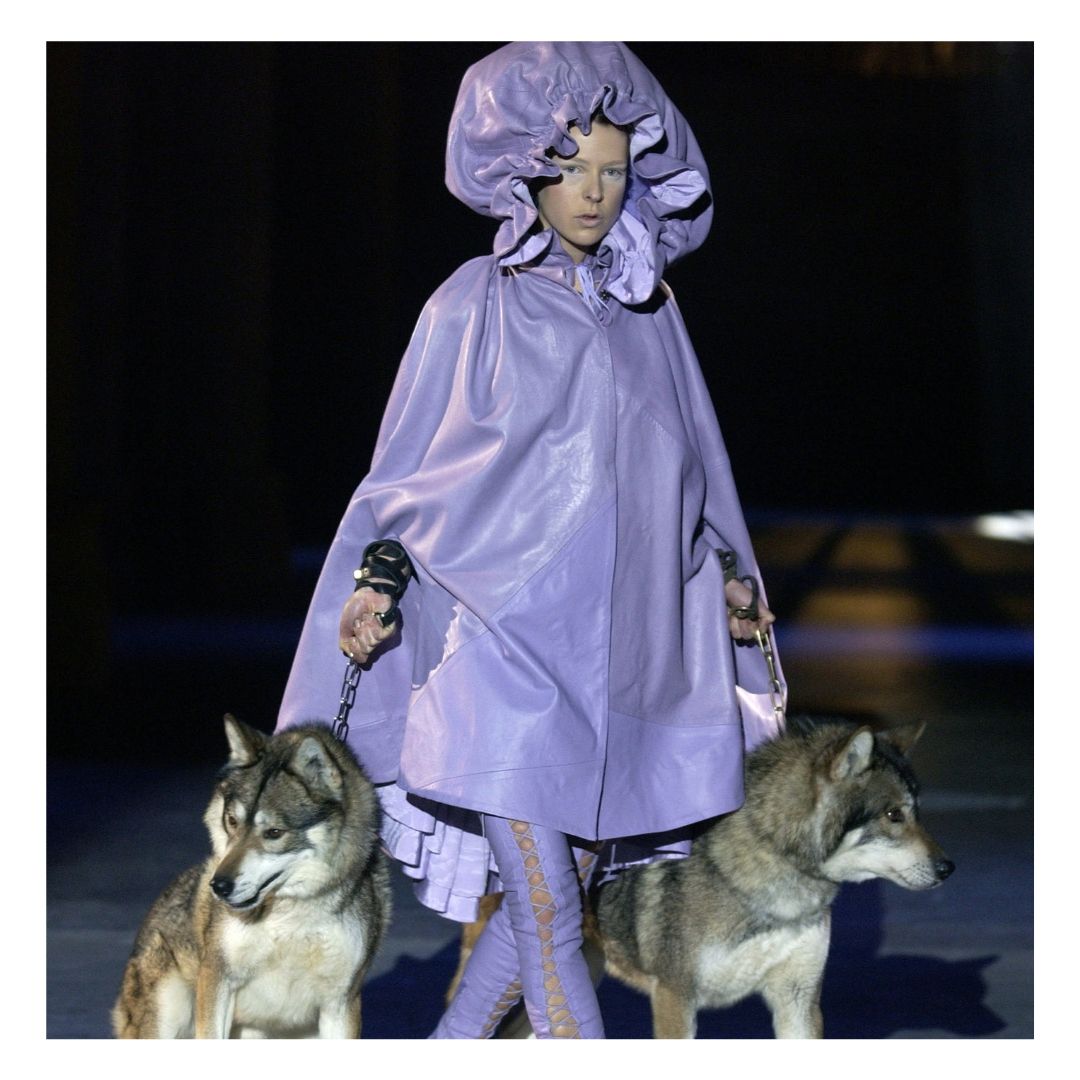 Camp is playful. It's a "mode of enjoyment", not judgement. Offering a fresh approach about "the serious" - that one can be both serious about the frivolous and frivolous about the serious. For example, take last year where Rihanna playing the pope for a night or 2001 when Björk went to the Academy Awards as a swan “laying an egg”. 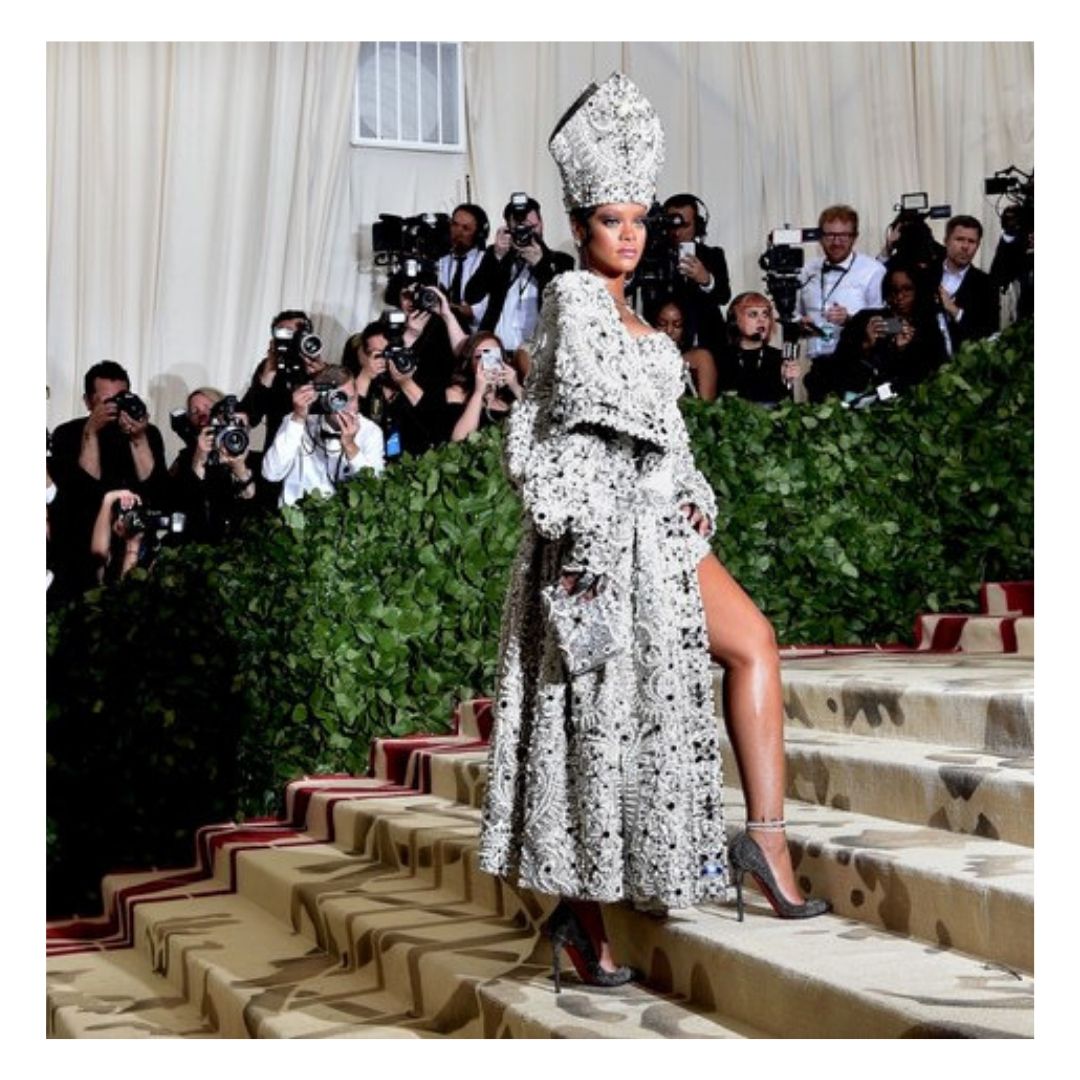 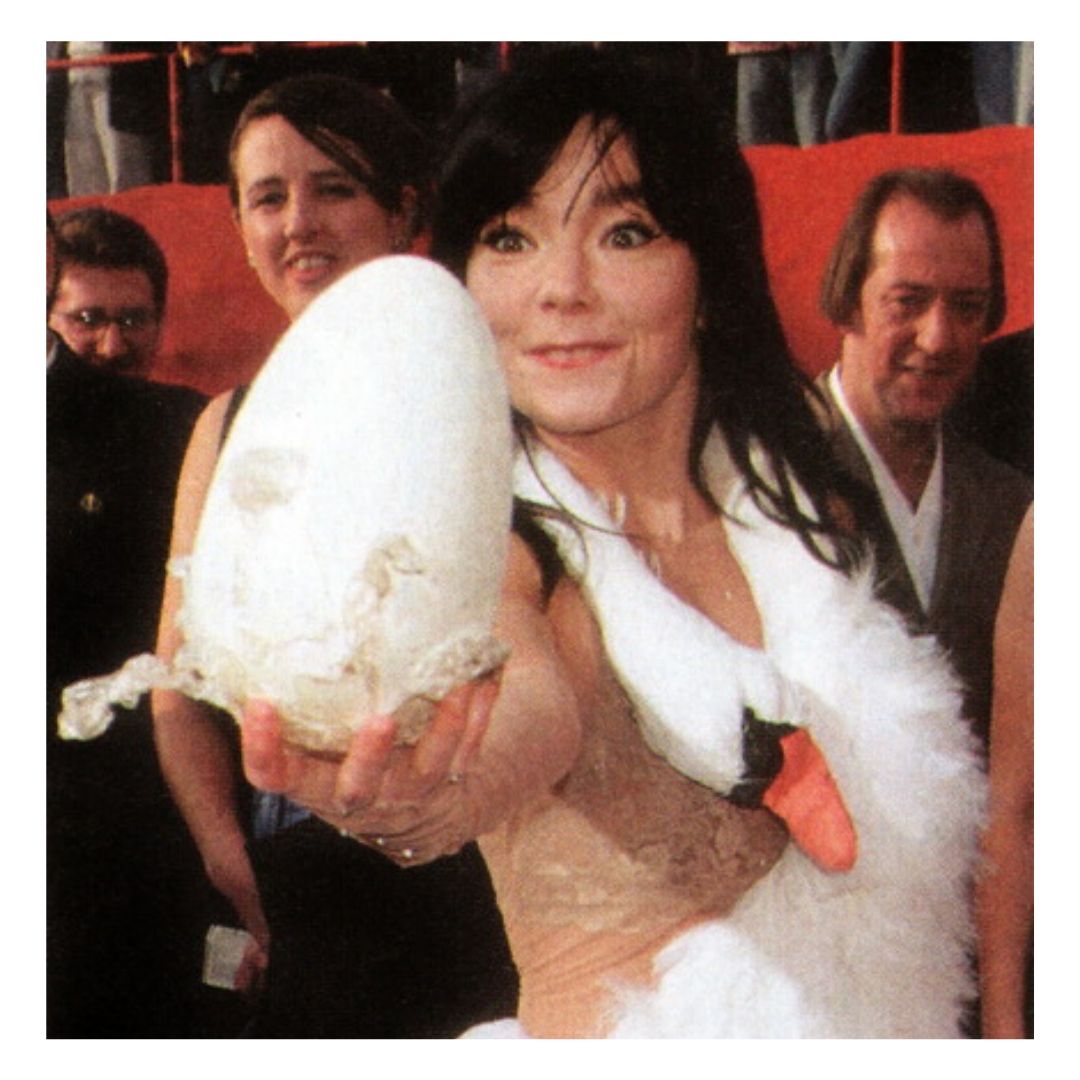 In the world of camp, you’ve failed if you can be described as “chic.” Chic, in comparison to camp, is boring and remember our very second point on camp? It means a refusal of boredom at all costs.

“Camp is a woman walking around in a dress made of three million feathers.”

Although the outfit should be outlandish, the act of casually walking around it and the commitment to make said dress in the first place is truly the essence of camp. To divert briefly away from fashion, take the Gaudí’s apartments in Barcelona which aren’t just camp because of their architectural style; they’re camp because they’re a demonstration of Gaudí’s ego and ambition. 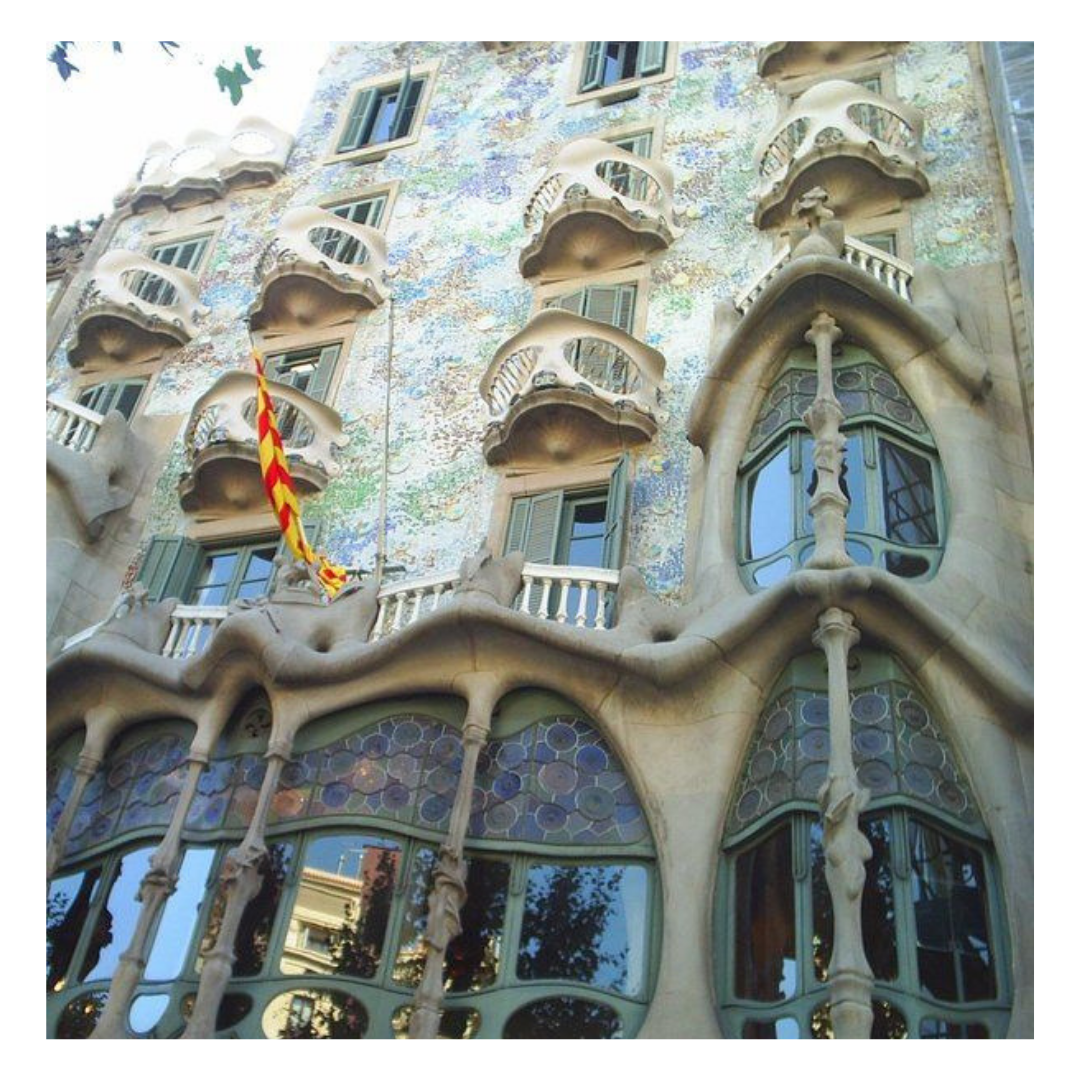 Camp is "the answer to the problem of how to be a dandy in the age of mass culture." At the time, dandies sported four-piece suits with matching hats and handkerchief while now, the 'new dandies' are using camp to shock. Vivienne Westwood's merkins might not be as shocking as they were in 1994 but Lady Gaga's infamous meat dress is just as indigestible today as it was in 2010. 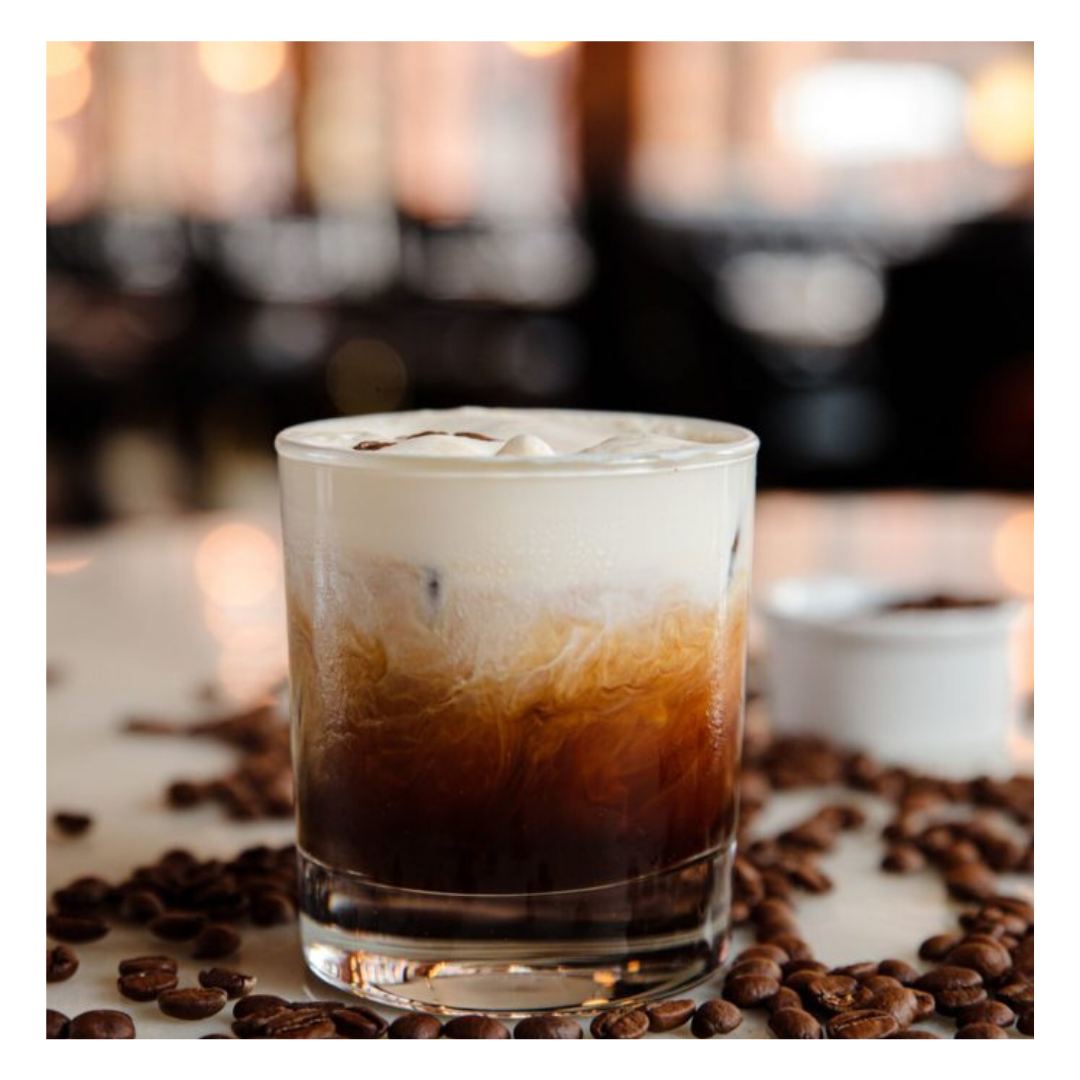 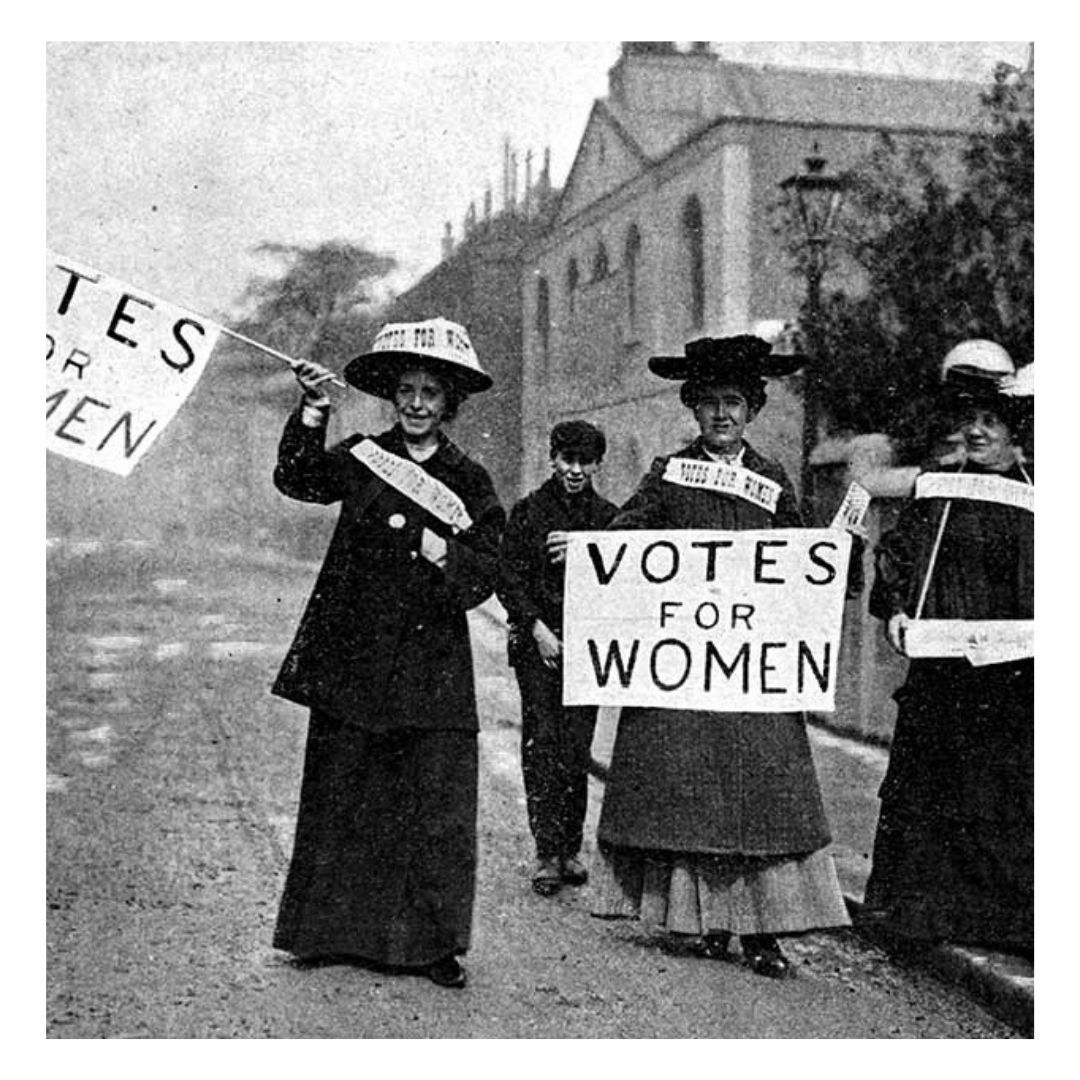 "Camp is either completely naive or else wholly conscious."

This is easily one of Sontag's most difficult camp believes to dissect. To be deliberately camp, one must have been naive. Pure camp is "dead serious", or likes to think it is because it comes from a place of naivety. Take Opera for example. The melodramatic absurdities of operatic plots would be satisfyingly camp had it not been for the seriousness taken by their composers.

Victoria's Secret surprisingly takes pure camp to the modern day. The annual fashion show which reveals "a fantasy bra" that has been valued at $10 million in anecdotally camp but what's even more camp is the defining career moment in which an already famous in their own right Victoria's Secret models receives their angel wings.

On the other hand, there's no mistaking purpose. The one gown teasing the entire theme comes from Viktor & Rolf’s spring 2019 couture gowns which the designers opted to emblazon with memes making camp the very intention. The self-proclaimed 'king of camp', Jeremy Scott has proved worthy of this title with his Moschino shows this year. The runway at Milan fashion week - which was inspired by The Price Is Right - in particular, was intentional camp. The highlight? A massive cape depicting a TV dinner. 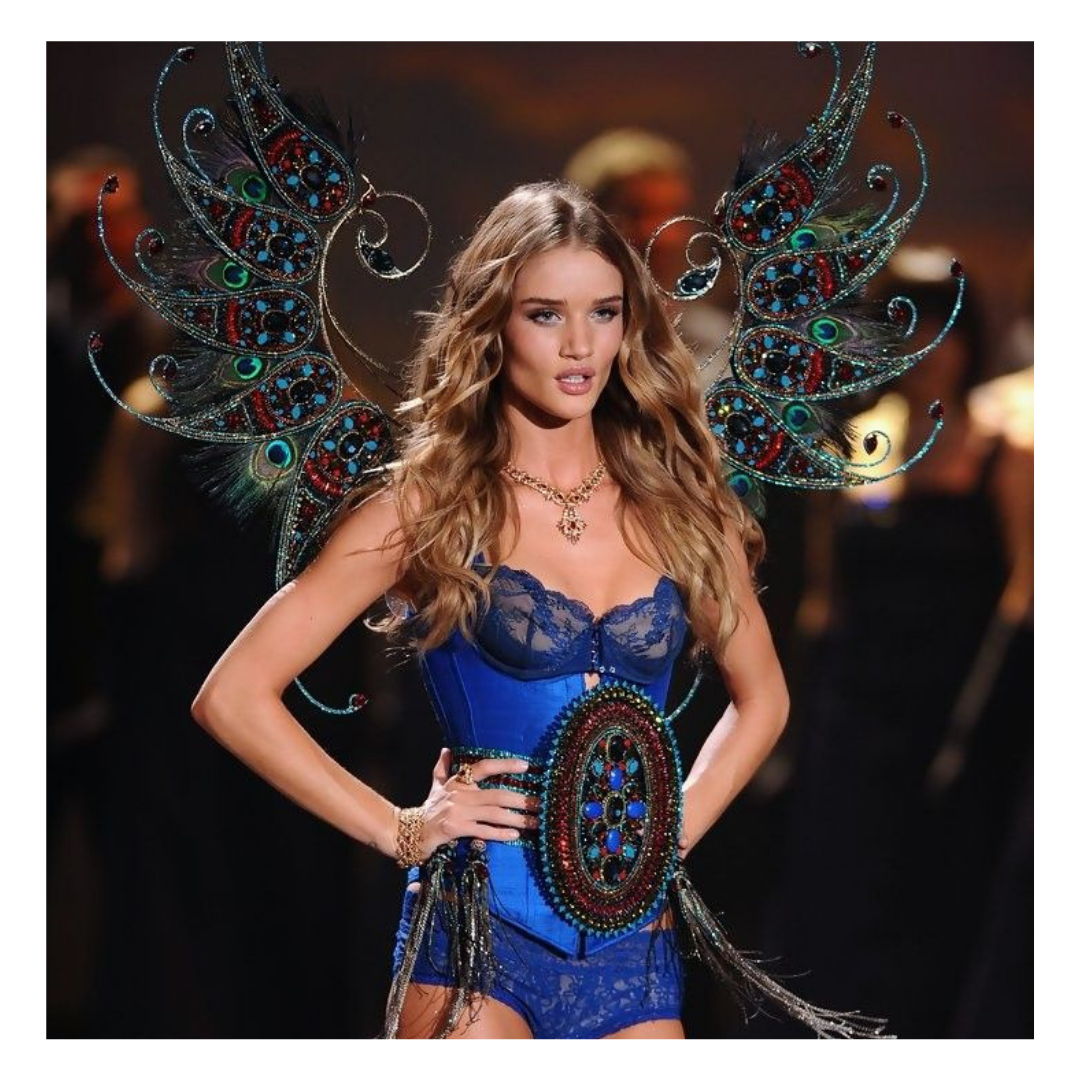 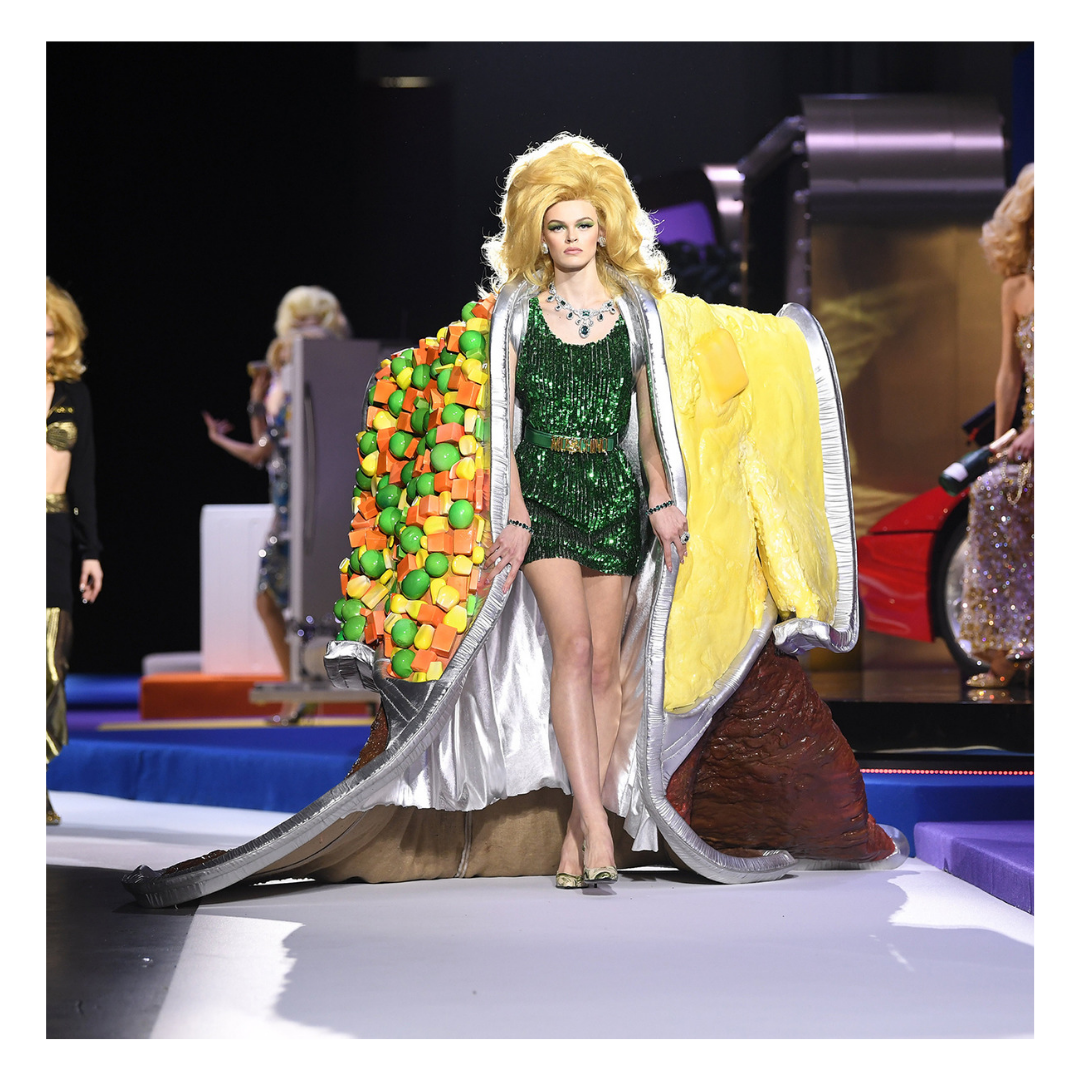 So in summary, what can we expect Hollywood's A-listers to be wearing? Who knows. We're hoping for a Gaga arriving on the red carpet complete with an egg pod squad, Harry Styles in dramatic skirt hemline or headdress and Bradley Cooper to be in a tux. As for designers? There are two sure to dominate the runway: Gucci and Moschino.

While the Met Gala is often referred to as the Oscars of fashion, sadly that's where the comparisons end as the benefit is not televised so you'll have to keep an eye on irishtatler.com and our Instagram account for all the looks from the Met Gala 2019.

READ: Everything You Need To Know About This Year's Met Gala

READ MORE: Here's Every Celebrity You Can Expect To See At This Year's Met Gala