The French Fashionistas We Love 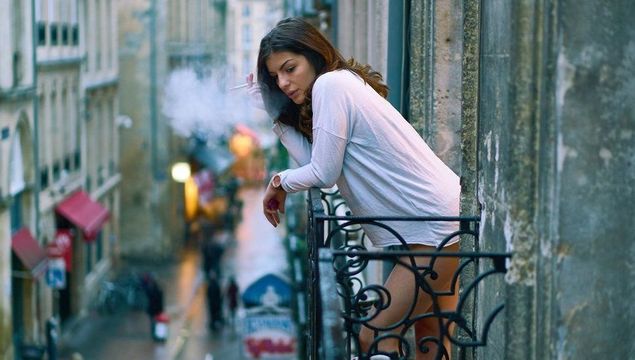 Coco Chanel and Brigitte Bardot may have sparked our love of French fashion but it is time to make way for the new Parisian IT girls that are ready to teach us a thing or two about style.

Designer Elizabeth Hawes once said ‘There is no word in English for chic. Why should there be? Everything chic is by legend French. Perhaps everything chic is in reality, French.’ Years have passed and trends have changed however this comment still stands. The air of elegance and perfection French women possess, the confidence they exude and the way they carry themselves is an art-form most women can only dream of perfecting.

The epitome of chic can be found in forty-three year old, international model Caroline de Maigret. The model and music producer has been the IT girl in Paris for years and has been the face of brands such as Garnier and Lancome. When it comes to achieving French style, de Maigret is the woman to go to, with Vogue, Elle and Harper Bazaar all interviewing her to find out just how to achieve her effortless looks. She has the Parisian perfection down to a T, so much so that she even co-wrote a book about it. How To Be Parisian Wherever You Are, is nothing short of a step by step guide on how to be the Parisian woman you wished you were. And with advice such as ‘All you need is one signature item: the one you wear when you need to feel strong’ and ‘You’re not a slave to the cult of the perfect body - so learn to make the best of what nature gave you.’ why would you not want to be fabulous and French?

Being my own emoji 😎🇵🇱

When you imagine the perfect French woman you think of beauty, grace, and sophistication. You think of the women in films who look effortlessly glamorous but never seem to try too hard. Who you are thinking of is Jeanne Damas. This French IT girl is taking the world by storm, with a successful modeling career, self-run fashion brand Rouje flourishing and an Instagram account that nearly reaches a million followers, it is apparent that everyone loves this French fashionista. Sporting her signature long fringe, messy hair and red lip, Damas can slip into a little black dress or throw on an oversized trench coat, because no matter what she does or wears, there will be thousands of women lusting after it.

Another French IT girl that is taking the world by storm is the ever so stylish and beautiful Violette. The makeup artist has over two hundred thousand followers on both her Instagram page and her Youtube and has gained the coveted role as Estee Lauder’s Global Beauty Director. Living in Brooklyn she is constantly uploading new videos and photos of her makeup routine and tutorials on how to perfect that French ‘no makeup’ makeup look. Most recently she has been featured on Harper Bazaar’s Youtube channel and gave them an inside look into her studio. With her talent and style, she is definitely one to watch.

When @nailiaharzoune captures what I am using to take my pictures 🤓

Ok so this is my new uniform. 💙 have you guys checked the new SS18 @inesdelafressangeofficial collection for @uniqlousa ? #UniqloxIDLF - link in bio.