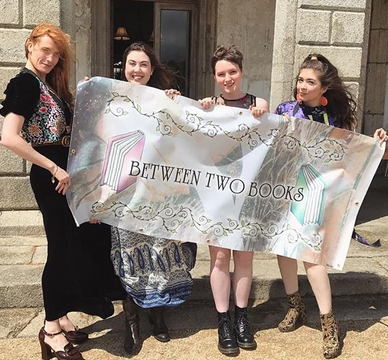 When you’re in pursuit of your latest bedside read, look no further than Renaissance woman Florence Welch and the Trinity student who runs her book club.

The chanteuse, and eternal style inspiration for the bohemian-inclined everywhere, was a pioneer of the celebrity book club movement.

Since 2012, long before Lena Dunham’s ‘Lenny Letter’ and Emma Watson’s ‘Our Shared Shelf’, Welch and her fellow taste-makers have been recommending both obscure and commercial literary titles to a hungry audience.

The venture came about when Welch tweeted a vintage-style polaroid photo of herself outside a bookstore, fittingly dressed in a retro peasant blouse and brick-red flared trousers. She captioned it ‘booksbooksbooks’ prompting a teenage bibliophile to jokingly respond to the singer telling her she should form her own book club.

We're super excited to announce our next book recommendation at 9pm GMT this evening !! ⚡️💫🎉📚✨ Photo: Florence in Portland, 2012. This is the pic that inspired the idea to set up Between Two Books 📖❤️📖

A mere week later, the Florence and the Machine front-woman was holding up her book of choice to a crowd at a gig in Indianapolis, Indiana.

"When I was on tour years ago, I saw some fans tweeting about maybe starting a book club. I just said it was a great idea and I’d love to help them and be involved somehow. I recommended the first book for them, which was Opposed Positions by Gwendoline Riley, and it took off from there," Welch previously told W Magazine.

As for the 14-year-old lit-obsessed teen who spawned the movement? Her name is Leah Moloney, a Westmeath native who is now a psychology student at Trinity College Dublin while serving as creative director of the project.

The club, entitled ‘Between Two Books’, has thus amassed over 100,000 followers on Instagram. The premise is that the movers and shakers in Welch’s world recommend a title and fans read it together and host group discussions on subject matter.

“[Welch] has always been so into it. It’s a really lovely thing for me too – I’ve always been into reading. When I was eight or nine, reading was not something you would admit to. It wasn’t seen as cool. This is so good because we can use her name to promote reading," Moloney recently told The Guardian.

With an expertly curated selection of novels, poetry and everything well - in between - the feed is enough to cause a veritable splurge in your nearest book haven.

So very delighted to share that Florence will be releasing her first book, ‘Useless Magic’ 🔮📖✨ This collection of lyrics and poetry will be published on July 5th 2018 by Penguin 💫 So so proud of you @florence 💗 A note to all @betweentwobooks members .. ‘I would like to personally thank all the book clubbers and the people who have participated in our little group, as I'm not sure I would have been brave enough to write poetry without this. The book club has been a constant source of love and inspiration. And I can't wait to share it with you. 🌸🔮'

See below for some more recent recommendations and find out more about Useless Magic here.

this International Women’s Week, we’re having a look back at some of our favourite feminist literature. which texts have influenced your understanding of feminism? these classics are re-imagined in shortened format by @vintagebooks

‘Bad movies and bad writing and easy clichés still manage to make us feel things toward each other. Part of me is disgusted by this. Part of me celebrates it'. What is some ‘bad’ art that still moves you to feeling? Why do you think it has the power to do so? Is it something to be disgusted by, or something to celebrate?

We are thrilled to announce our next read, 'Too Much and Not the Mood' by Durga Chew-Bose, recommended by Tavi Gevinson! 'Too Much' is a collection of essays which takes its title from a sentence in Virginia Woolf's diaries. Remember to follow us over on twitter where we will be posting more regular and casual updates! We can't wait to read it alongside you all 💜💜💜

We are delighted to announce that our next book recommendations come from the wonderful, beautiful Adwoa Aboah @adwoaaboah, founder of @gurlstalk and model 💙✨ She has recommended 'Geek Love' by Katherine Dunn and 'The Rose That Grew From Concrete' by Tupac Shakur. We will read these from October 2nd - December 2nd, with the discussion held over the weekend of December 2nd-4th. Thank you millions to Adwoa for these recommendations. 💫📖💫 xx 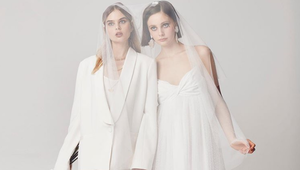 We call them the bridal underdogs. 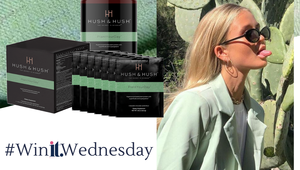 Feeling Fatigued? This Is The Wo...

Raise your hand if you're a vegan who's sick of people asking you h... 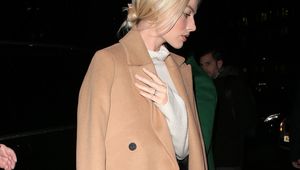 This is not fake news. 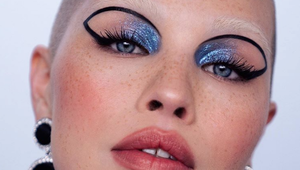 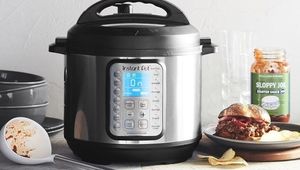 So The Internet Taught Me This T... 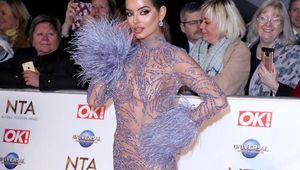 We call them the bridal underdogs.

Feeling Fatigued? This Is The Wo...

Raise your hand if you're a vegan who's sick of people asking you h...

This is not fake news.

So The Internet Taught Me This T...