Four Irish Women on the Biggest Career Risk They Ever Took 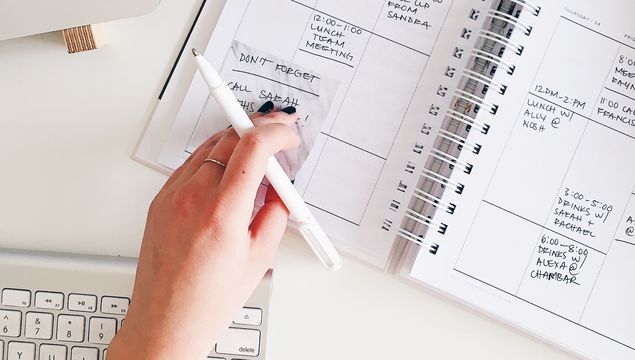 Fortune favours the brave, and these Irish women have courage in spades.

Research suggests that between 50-75% of people in Ireland are happy with their current job. Despite these overwhelmingly positive statistics, sometimes your 9-5 simply isn’t your joie de vivre. And then what? Admitting your career isn’t lighting your fire nor helping you get out of bed in the morning affects a lot more of us than we are probably willing to admit.

While sometimes it’s mindless scrolling and constant comparison that makes us question what we’re doing with our lives, on other occasions, the feelings of career-related uncertainty and angst run deeper.

To dismiss this as just a byproduct of being a part of "Generation Snowflake" is to misunderstand the burning desires that those born into every era have to excel in their respective industries.

With that in mind, we got the suss from women in various fields and at different milestones of their lives, to hear the pivotal moments that led them to where they are now.

"Back in 2013, I was completely miserable and unsatisfied with my college course. I had one year left, and the thought of pursuing a career as a graphic designer frightened me and I grew to hate the course. In Dublin, I had tried to get numerous jobs assisting stylists but was continuously turned away. I felt defeated and lost, especially when a close friend at the time laughed in my face and said, ‘Niamh you have no talent or style’.

I had enough and decided that I was going to New York the following week. And that's exactly what I did! I spent two days hopping on and off subways, trying to get confident with my surrounds as I applied for every job I could. My friend's words were ringing in my ear with every rejection I got.

However, I did not want to give up and kept telling myself, 'It will happen, keep going’. On the J1 graduate visa if you do not have work within a month you are sent home. The very last week of my deadline I got my first job on a set and never looked back."

On the right track

"When I turned 30, I decided to listen to the niggling voices in my head that told me to go back and study journalism. I had done a BCL, a Masters in Law, and a 2.5 year apprenticeship in order to qualify as a solicitor, so it wasn't an easy decision to close the door on 12 years of law.
I didn't hate my job as a solicitor but it didn't fill me with joy either. I regularly suffered from the Sunday night fear and just knew there had to be more to life than wishing the week away until Friday rolled around again. When I did my Masters in Journalism at DCU I was practically a senior citizen compared to my youthful classmates! Yet this didn't matter, I made great friends and threw myself into the course.
Since graduating I have worked for the Irish Independent print and online, the Herald, and a court reporting agency based at the Criminal Courts of Justice. I have also written for The Sunday Times, The Mail on Sunday, and the Irish Times. No two days in journalism are the same and it's validating to know I made the right decision. And sure, money isn't everything, right?!"

Just had the pleasure of the criminal justice sentencing system in Ireland being mansplained to me at length ?

Dear reader, he wont do it again.

"The biggest career risk I ever took was transitioning from a vintage store to our own Folkster brand, a very scary time! We started by being a third-party supplier, and have slowly developed relationships with producers who we can trust with our own designs.
It's been a wild time, plenty of doubts, and worries, but the support of our team and customers can never be overstated. I'm on a mission to grow Folkster into an ethical, size inclusive, responsible brand, and with our team and customers behind us - the risk has become a huge adventure."

On stage - not my favourite place to be (anyone else get nervous with public speaking? ?) but the Cork crowd were honestly the loveliest group, so I felt a bit more relaxed! ✨? Also @gracefomahony - the back of your head is ridiculous ? photo by @Eoinhennessy ??

"Eight years ago I left a nursing job to travel the world on a shoestring budget. When I returned two years later, Ireland was in the midst of a recession and the hospital I'd worked in had no jobs to offer. I looked elsewhere and ended up finding a job I loved even more; the role involved caring for Dublin's homeless community and, while I relished in the experience I was gaining both personally and professionally, there were issues that I couldn't stand by.
So I left three years after I'd started. During those three years, I was building my blog on the side, I'd never considered the possibility of making money from it, let alone making it my main source of income until I found myself unemployed that summer with time to focus on that exact possibility. I grafted, worked longer hours than I'd ever worked before, and I was barely surviving but I was doing something that I truly loved.
Now, two years later, my food blogging has led me to create photo content for some of Dublin's best restaurants and my love for my city has seen me creating weekly Dublin events posts for my expanding following of culture enthusiasts. I'm still learning, but I'm loving the journey as I go. Leaving a job to go travelling was considered a risk, returning during the recession was considered a risk, leaving a job I loved was definitely considered a risk but here I am, doing something I would never have been brave enough to do if I hadn't taken that first step."

Cheers to the freakin’ weekend ☀️壟 Don’t forgot that my site lists all the best Dublin restaurants categorised by postcode and, all the best things happening around the city this weekend . For events click the link in my bio, for great eats go to icomeundone.com/food . Whether it’s non-stop adventures or, a weekend of naps and Netflix I hope you have an amazing one 珞xx

Read More:  I Thrive on Being Uncomfortable", Sam Barry Shares