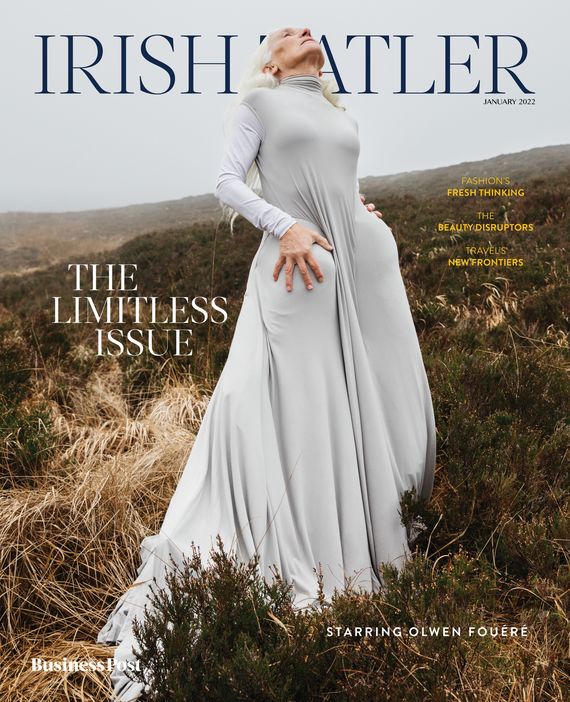 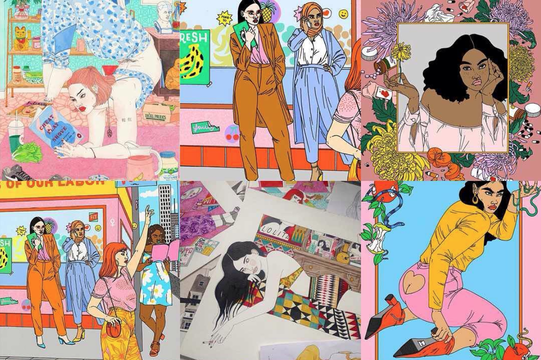 If your Instagram feed is feeling in the slightest bit banal, stop what you’re doing, and follow Irish illustrator Laura Callaghan.

The South London-based creative has a knack for producing work that is not just eye-catching, but a thought-provoking social commentary.

The National College of Art and Design graduate executes her drawings in watercolour, Indian ink and isograph pens. At the core of her work is a depiction of modern day women and the perks and pitfalls of being a female. Diets, bodily autonomy, self love, delusion: no topics are out of bounds. When suddenly everything on social media can seem quite staged or spurious, her imagery serves up a refreshing slice of realness.

2 days until the referendum on repealing the 8th amendment in Ireland. I'm sure the atmosphere in the country is toxic at the moment and I can't imagine how difficult it is for women who are dealing with an unwanted pregnancy or have had a termination in the past to have to contend with the bullshit from the no side on a daily basis. Unfortunately I'm not eligible to vote but seeing the hordes of voters living abroad making the trip home to vote yes is really heartening. Sometimes all it can take is an honest conversation to open someones eyes to the right choice so if you know anyone who is undecided as to how to vote, talk to them. If a person doesn't agree with abortion but believes it should be available to women in the case of fatal fetal abnormalities they should be voting yes. Irish women will continue to have abortions regardless, do we want to show compassion and offer access to abortion safely and legally in their own country or continue to allow women to travel abroad or take abortion pills unsupervised and in fear in their own homes? I've seen a lot of no voters online say they will be glad when we can stop talking about abortion after the 25th. Regardless of the result after Friday this is not a conversation that is going to stop, we will continue to discuss how we treat our women and how the church has kept the country in a chokehold for far too long. #voteyes

A post shared by Laura Callaghan (@lauracallaghanillustration) on May 23, 2018 at 2:18am PDT

Combine her technical prowess with her ability to convey multiple emotions in one image, it’s hardly surprising that international brands have come calling. At last count, Callaghan counts department store Nordstrom, Adidas Stellasport and Nike among her clients. Her topical drawings have also been featured in The Guardian, NYLON, Seventeen Magazine and The Sunday Times.

Here, Callaghan puts down her tools momentarily to tell us how she got her start and dish on her leap to full time freelancer and how she balances her personal life while maintaining a fulfilling, creative career.

I was recently commissioned by @unboundbabes alongside fellow illustrators @cosmicsomething @kliuwong @robineisenberg & @yokopium to help illustrate their first subway ad campaign, positively depicting self love. Unfortunately it’s been rejected by the MTA for containing ‘offensive sexual material’ despite featuring no nudity or overtly sexual imagery save for a few discreetly placed sex toys 😡 See all the images over on @unboundbabes #WTFMTA

A post shared by Laura Callaghan (@lauracallaghanillustration) on May 16, 2018 at 6:44am PDT

What is your earliest memory involving art?

Making cards for family members, my mam still has some of the things I drew or made when I was very small.

What is your art background?

I had originally planned to go to teaching college but decided to work on a portfolio and apply to art college kind of last minute, much to the horror of my parents. I studied Visual Communications at NCAD, as there was no Illustration course at that time. I was always incorporating illustration into my projects and after an internship at a design studio in my final year, I realised graphic design wasn't really for me. I moved to London to do a one year Masters in Illustration and have been trying to make it work ever since.

Let's take it back to the beginning - what was your very first job?

A waitressing job in a local restaurant when I was 15, the first in a long line of waitressing jobs I'd have in my teens and early 20s. I was terrible on the first day, I hit a guy in the back of the head with a metal milk jug when I was serving coffee to the table!

A post shared by Laura Callaghan (@lauracallaghanillustration) on Oct 15, 2017 at 4:47am PDT

Why London? What caused the move?

I graduated from NCAD in 2008, which was smack-bang in the middle of the recession, so trying to find work in any creative field was a non-starter. I wanted to do a Masters in Illustration and London seemed as good a place as any. I never intended to stay more than a year or two but I'm still here nine years later.

What was your first ever brand project or 'big break'?

I'd had a few editorial commissions and mural jobs after graduating but I think my break was being asked to contribute a weekly fashion illustration for the Sunday Telegraph. Those kind of regular commissions are like gold dust, at that time I was working five days a week in an office job so it gave me the push to leave full time work and focus on illustration.

What’s always in your bag?

The usual, wallet, keys and lip balm. I carry a powder compact too because I have a shiny face and I always have a pen!

'Slap' 2017 - watercolour & ink One of three new paintings showing at the Phlox group show @naughton_gallery in Belfast until 26th Nov. Prints will be available at @wearebif this weekend and on my shop next week 💄💋

A post shared by Laura Callaghan (@lauracallaghanillustration) on Oct 17, 2017 at 2:18am PDT

What is your career highlight thus far?

Becoming confident enough that I could go full time freelance last September. The four years previous to that I'd been working three days a week as a graphic designer and building on my illustration work on the side. It's hard to make the leap and I'm a risk averse person - but I finally felt ready and it's been great so far.

If you weren’t making art - what would you be doing as a career?

I love to cook, food is probably the thing I'm most passionate about after drawing so maybe something food related!

It's hard to motivate yourself as a freelancer, describe your average day

Despite my best efforts I'm not a morning person and find it hard to get up before 8am, but I work best later in the day so if I can be at my desk by 11am that's ok. I spend the first part of the morning answering emails and doing admin, I have an online shop which I open intermittently so if I have any orders I'll pack them up and take them down to the post office. I'll then write out a to do list for the day.
I'm an obsessive list maker, it makes you feel like you are doing something productive even when you are....not! Each day is different depending on what I'm working on, I don't have set hours or a routine. At the moment I'm making work for an exhibition and I've given myself far too much to do, so I often work through until 11pm or midnight. I listen to true crime podcasts or watch something on the laptop while I draw, I've mastered the art of being able to watch a TV series without looking at the screen that often! I work from home so it is difficult to escape and take breaks without feeling guilty...it's very destructive behaviour I know, but I try to get out of the house at least once a day. The older I get the more I can feel the effects of having a job where you are sitting most of the day so I'm trying to counteract that with the gym and yoga.

✨SHOP ANNOUNCEMENT✨ due to some supplier issues 😩 my shop will now reopen on 16th June at 10am GMT - sorry for the delay but I'll have lots of fun new stuff for sale, like these woven patches 🍷🏆#shopkeeper

A post shared by Laura Callaghan (@lauracallaghanillustration) on Jun 1, 2017 at 1:42am PDT