Here's What To Watch On Netflix This Month 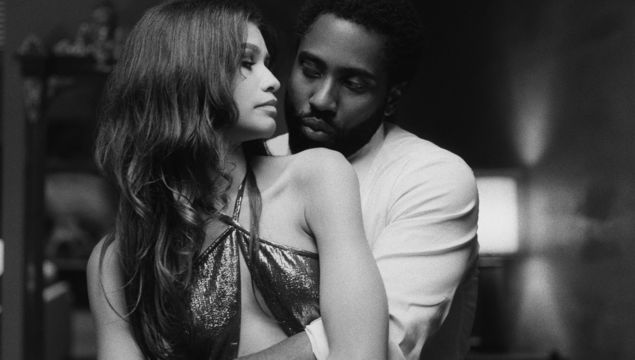 Streaming services have been a bit of a godsend during all these Covid lockdowns but if it feels like you've watched absolutely *everything* at this stage, we have good news.

Netflix is releasing lots of new films and shows in February and the line up has some intriguing offerings, with 'something for everyone' coming to mind. There's a true crime deep dive, a Tom Hanks western of sorts and a slick two-hander relationship drama. Not to mention the final instalment in a hugely popular rom-com story and a creepy psychological thriller starring a brilliant Irish actress.

We've got more info on our top picks below.

Katherine Heigl and Sarah Chalke (of Scrubs fame) star in this adaption of the bestselling novel by Kristin Hannah. The pair play  Tully and Kate, who meet as young girls on Firefly Lane and begin a 30-year friendship full of ups and downs.

Malcolm & Marie (5 Feb)
There's already been a huge buzz around this stylish relationship drama by writer/director Sam Levinson. It was filmed during lockdown and stars John David Washington and Zendaya as a filmmaker Malcolm and his girlfriend Marie. The pair return home from Malcolm's successful film premiere but the mood of the evening takes a sudden turn as revelations about their relationship surface.

Crime Scene: The Vanishing at the Cecil Hotel  (10 Feb)

True crime fans will want to dive into this latest series from director Joe Berlinger (Conversations with a Killer: The Ted Bundy Tapes, Paradise Lost) which explores the locations of infamous contemporary crimes.  First up, the notorious history Cecil Hotel in Los Angeles. In 2013 a college student, Elisa Lam was staying at the hotel when she disappeared, just one of the sinister events associated with the hotel.

News of the World  (10 Feb)
Everyone's favourite actor, Tom Hanks stars as Civil War war veteran Captain Jefferson Kyle Kidd in this Paul Greengrass-directed film. Kidd spends his time travelling from town to town as a 'non-fiction storyteller', sharing the news from around the world with locals. In Texas, he encounters 10-year-old Johanna (Helena Zengel), who had been taken in by the Kiowa people raised as one of their own but the law has intervened. Kidd agrees to deliver the reluctant child to her aunt and uncle and the pair embark on a perilous journey.

Yes, it’s a teen rom-com but in stressful times, a teen rom-com can be just as comforting a  warm blanket and a cuppa (you will find no judgement here!). To All The Boys: Always And Forever is the final film in the To All The Boys... trilogy, based on wildly popular books by Jenny Han. If you’ve missed the first two films, best catch up before diving into this latest instalment in the lives of Lara Jean Covey (Lana Condor) and Peter Kavinsky (Noah Centineo).

Irish actress Eve Hewson stars in this psychological thriller based on the best-selling book by Sarah Pinborough. Single mother Louise (Simona Brown) begins an affair with her psychiatrist boss David (Tom Bateman) and also becomes friends with his wife Adele (Eve Hewson). Then things get dark - and creepy. Watch a short clip below:

READ MORE:  One To Watch: Niamh Algar On Fashion, Calm with Horses, And Shaving Her Head