Quick Question, Am I Sharing Too Much On Social Media?

It's good to open the doors...
Davina Greene 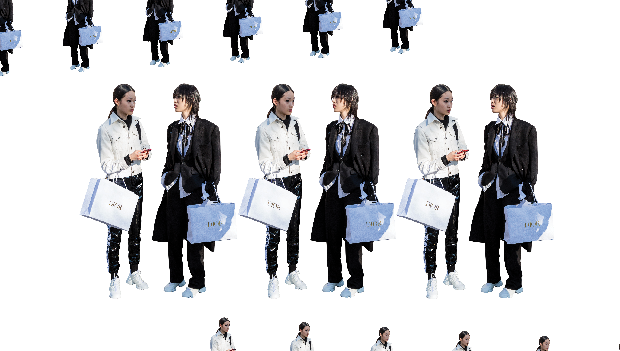 But it's also good to be ready to close them...

Ask me pretty much anything, and I'll tell you the answer. But the thing with me is: you'll probably have to ask. Other people will say "hello" and simply launch into their life story. Different strokes, as they say.

Standards around privacy have changed dramatically in recent times – the once-shocking act of ‘airing one’s dirty laundry in public’ has been replaced by pretty much every inch of real and online space constituting a public laundrette. (Thank you, reality TV and social media.)

People who actively share can find people who don’t share, or need to be asked, quite difficult to understand. And vice versa.

The sharers sense secrecy, mistrust and inauthenticity; the non-sharers sense nosiness and lack of boundaries (and, at times, ‘therapist fee avoidance’). Some people don’t speak about feelings by considered choice; others don’t speak about feelings because it doesn’t come naturally, because they’ve been taught that it’s inappropriate, or because they have heard too many people mocked for their emotion and don’t want to bring that on themselves.

We often speak more easily to strangers. Why? Reciprocity, similarity, or the ‘false intimacy’ of being physically close (on a train or a bus, for example), the experts suggest. We’re trying to make the other person comfortable, trying to speed up the process of making a new friend, or even (whether consciously or unconsciously) showing a sign of neediness to draw them in. At other times we quite simply haven't been getting the 'right answers' from friends so well keep extending the audience until we hear what we want to hear.

Share to whatever extent you wish, just know your audience.

Is there anything you shouldn’t share? Well, I always ask people to be mindful in a couple of areas, as a result of all the coaching-based stories I’ve heard over the years.

Be ready for people to belittle them, whether accidentally or on purpose – maybe they don’t get it, or maybe they do and are already jealous of the successes it may bring you. Don’t get pulled off track, don’t let yourself get confused. On the other hand, what if you get so much support and praise for your idea that your brain is fooled into thinking you’ve already achieved the goal? Where will that leave you?

Where there has been an emotional struggle involved, others can be too fast to tell you to get out. The concept of ‘women being strong’ is often translated into ‘women tolerating nothing less than perfection’, especially in a group. Leave space for your own thoughts. Did you confide in the wrong person? Spot it, and move on.

Remember, if you are the type of person with highly active emotions and a burning need to discuss them, it doesn’t oblige anyone in your circle to do the same. Perhaps the friend who is frustrating you is not your friend for sharing purposes, so maybe extend your circle. If you have decided that either sharing or privacy is good, that rule doesn’t have to copy-and-paste into anyone else’s life. Get good at saying, or hearing, ‘no’. And remember, you can build your story and be authentic without telling everybody everything all of the time.

For the full article, check out this month's Irish Tatler. On shelves now.

READ MORE: Neptune Is In Retrograde And It's Bringing Five Months Of Confusion