Her book 'Milkman', a previous winner of the Man Booker Prize, was one of ten books in contention for the Dublin award. 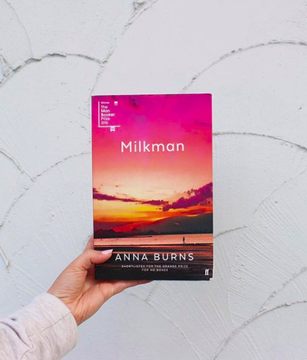 'Milkman', which won the Man Booker Prize for Fiction in 2018, tells the story of a young woman who attracts the unavoidable attention of a dangerous older man in 1970s Northern Ireland.

The announcement – which also signified the beginning of the International Literature Festival Dublin – was made on Thursday by Dublin Lord Mayor Hazel Chu at a virtual ceremony broadcast from Dublin.

The €100,000 prize is the world’s largest prize for a single novel published in English. Burns is the first writer from Northern Ireland and the fourth woman to claim the award.

The books are nominated by public libraries around the globe and the award recognises both writers and translators.

This year's contenders were said to include "memorable characters" who "tell stories of identity and displacement, violence and war, hope and humanity, love and loss, family and relationships, incarceration and racism, justice and tradition set in both familiar and unfamiliar countries and cultures".

“What an honour," Burns said, commenting on her win. "I’m thrilled to bits and am about to break into my sevens with the excitement of it all! This is an extraordinary honour – especially given the fantastic list I find myself on.

"I thank the Lord Mayor of Dublin, Hazel Chu, and Dublin City Council for being the patron and the host of this generous award. Also, I salute them for representing Dublin’s position at the cultural heart of worldwide literature.”

She also praised libraries, saying: “To go from being a wee girl haggling over library cards with my siblings, my friends, neighbours, my parents and my aunt, to be standing here today receiving this award is phenomenal for me, and I thank you all again for this great honour.”

Lord Mayor and Patron of the Award, Hazel Chu, said that Milkman is “a wonderful book” and Burns is a “massively talented writer”.

The shortlisted titles for the prize were:

- 'The Silence of the Girls' by Pat Barker (British). Published by Hamish Hamilton Ltd.

- 'History of Violence' by Édouard Louis (French). Translated from the French by Lorin Stein. Published by Harvill Secker.

- 'There There' by Tommy Orange (Native American). Published by Harvill Secker, Alfred A. Knopf and McClelland & Stewart Inc.

- 'All the Lives We Never Lived' by Anuradha Roy (Indian). Published by MacLehose Press and Atria Books.

- 'Drive Your Plow Over the Bones of the Dead' by Olga Tokarczuk (Polish). Translated by from the Polish by Antonia Lloyd-Jones. Published by Fitzcarraldo Editions.

READ MORE: The 6 Best Therapeutic Self-Care Books To Read When You're Feeling Anxious Or Alone

READ MORE: IT Bookclub: The Memoirs That Will Motivate You Throughout Quarantine