According to the World Health Organisation, the prevalence of obesity has more than tripled since 1975, and in 2016, 39% of adults aged 18 years and over (39% of men and 40% of women) were overweight globally. 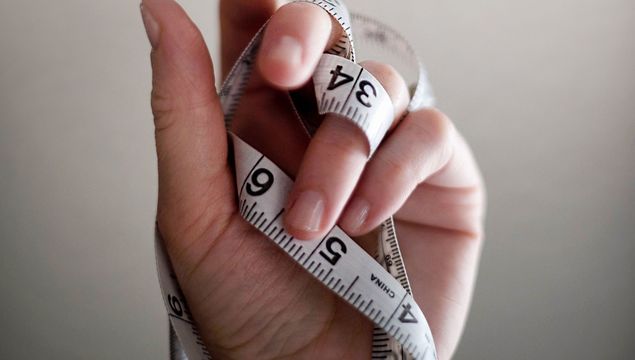 An injection that helps people grappling with obesity to lose over a stone in four weeks has been developed by British scientists in a breakthrough hailed as 'the most exciting' treatment ever found for tackling obesity.

Scientists at Imperial College London (ICL) are currently completing human trials into the treatment but confirmed that patients naturally ate 30 per cent less food after being treated with the hormone injection which mimics the effect of a gastric band.

The injection has proven so successful that some patients have even come off diabetes medication as a result.

The new treatment works by way of injecting three hormones – which are released by the bowel naturally when the patient has undergone weight loss surgery – which has been shown in a trial to result in significantly reduced body weight and blood glucose levels after just four weeks.

According to an article on the university's website, the combination of these hormones "reduces appetite, causes weight loss and improves the body’s ability to use the sugar absorbed from eating".

The 20 participants trialled lost on average 4.4kg over four weeks, and none had any side effects.

Although this was less than patients who had received surgery (who lost between 8.3kg - 10.3kg in the same time period), the ease of administration combined with the lessened risk presents a very promising result that could revolutionise management and outlook of obesity in the future.

According to the World Health Organisation, the prevalence of obesity has more than tripled since 1975, and in 2016, 39 per cent of adults aged 18 years and over (39 per cent of men and 40 per cent of women) were overweight globally.

Recent research has shown that obesity could soon overtake smoking as the number one cause of preventable death, with overexposure to UV through sunbathing and sun-bed use being the third.

Lead researcher Professor Steve Bloom, head of diabetes, endocrinology and metabolism at ICL, said he hoped to create a therapy within five years which was effective as bariatric surgery but could be administered as a small painless monthly injection.

His team is due to publish its research in a medical journal shortly.

"It is going to be the most exciting agent for improving health that has yet been discovered," he said.

"Obesity has become a tremendous burden on our society. The whole of our society is overweight. It increases your risk of cancer. Your chances of heart disease and stroke increase with obesity. If you are arthritic, it is worse. Almost everything is worse.

"We are living longer and longer but that process has come to a halt because we are killing ourselves with obesity. It's a very serious problem yet just telling people to eat less and to exercise more doesn't work."

Initially, it was thought that gastric band surgery worked by reducing the size of the stomach's allocated capacity for food. But, patients were found to have elevated levels of satiety hormones, the chemical signals released by the gut to control digestion and hunger cravings in the brain.

While response across the medical community is hopeful, the wider response has been one of intrigue, fascination and, in some cases, trepidation.

Is there the potential for the injection to become available to all as a cosmetic treatment – i.e. is this the new botox?

Could people receive the treatment as prevention if there were a little overweight?

For now, the results, thankfully, seem wholly positive. But, only time will tell what biomedical scientists will do with the new treatment down the road.

READ MORE: Should You Get Vitamin B12 Injections?