Exploring The Wild World of Milk Alternatives – Are They Actually Better?

Almost one in four of us are drinking plant-based milks such as oat, almond and soy. But are they actually healthier? 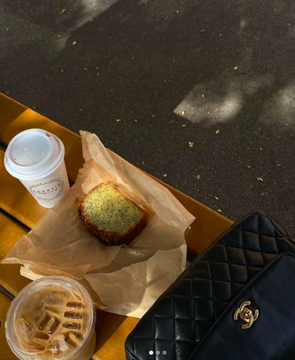 As the popularity of vegan milk begins to grow, Irish Tatler decided to do a deep dive into milk alternatives to see if dairy is actually the devil it's made out to be.

According to the results of a poll conducted by market research firm Mintel, 23% of UK residents have consumed solely milk alternatives, or alt-milks, in the past three months.

The figure – which is up from 19% in 2018 – goes hand in hand with the news that oat, coconut and almond milk alternatives have all grown in availability in the past year.

According to a study researched at the University of Oxford, producing a glass of dairy milk results in almost three times the greenhouse gas emissions of any non-dairy milk.

Looking at land use, the difference is starker still.

Producing a glass of dairy milk every day for a year requires 650 sq m (7,000 sq ft) of land, the equivalent of two tennis courts and more than 10 times as much as the same amount of oat milk, according to the aforementioned study.

A single glass of almond milk, on the other hand, requires 74 litres (130 pints of water) - more than a typical shower. Rice milk is also comparatively thirsty, requiring 54 litres of water per glass.

However, it's worth noting that both almond and rice milk still require less water to produce than the typical glass of dairy milk.

In terms of health benefits, oat milk has a healthier fat profile than whole milk: it has less or zero grams of saturated fat and the same or more unsaturated fat compared to whole milk. Oat milk also doesn’t contain any cholesterol, while whole milk has 24 milligrams per cup. However, there are oat milk options that can deliver a 1:1 ratio on certain macronutrients, like protein, calcium, and omega fatty acids.

Coconut milk doesn’t typically have a lot of nutrients naturally present, but some may be added to beverages during their manufacture. It contains medium-chain triglycerides which have been linked to weight loss. Few people have allergies to coconut milk, making it a good option for those with allergies. Some manufacturers add carrageenan (a common food additive extracted from red seaweed), however, which is best avoided.

Soy milk is naturally lactose-free and boasts a good source of vitamins A and B12, calcium, potassium and isoflavones. Soy is also a source of the nutrient coenzyme Q10. Low levels of this critical nutrient have been linked with lung conditions like asthma and chronic obstructive pulmonary disease. It contains around the same amount of protein as cow’s milk. However, soy is frequently genetically-modified so it is best to choose soy milk that is certified GMO-free.

A glass of cow's milk averages around 150 calories and twelve grams of carbohydrates. In terms of protein, Cow’s milk also contains the protein casein, which is great for some, but also a common allergen for many babies, children and some adults. While it is a source of calcium, it is not easily digestible for many people, which means it may not be absorbed.

As you can see, all beverages have benefits and disadvantages, and judging overall 'healthiness' will differ from person to person – but it seems overall that ditching dairy seems to suit the modern digestive system while also reducing sinus and ear infections, joint pain, digestive issues and other problems.

When thinking of making a switch, personal tendencies must be accounted for.

As it goes, hemp milk is probably the one that's best tolerated by most but isn't widely available so may be difficult to track down.

The only way to go about making your choice is to be informed about the pros and cons and go with your gut. Literally.

READ MORE: Is The Makeup-Free Round In The Miss England Pageant A Publicity Stunt?