The Camogie Player Whose Assault Allegations Caused Trolls To Target Her

"You never know what's around the corner. You just have to keep focused and stay playing." 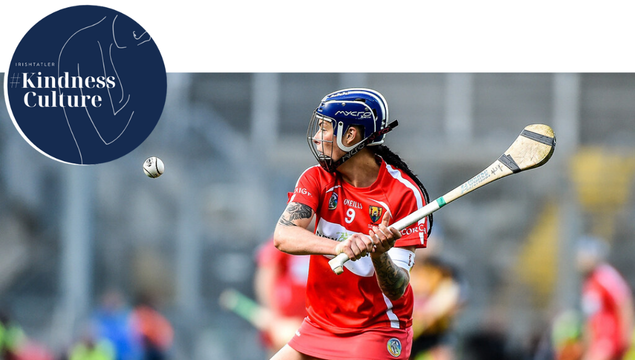 The name Ashling Thompson may not mean much to those of us who deem Semple Stadium unchartered territory.

For others, it will ring a bell for reasons they're not entirely sure why.

The last and most disparaging time her name boasted front-page relevance was as a direct result of an inebriated gaffe which saw the sportswoman fall into a media whirlpool that still threatens her persecution to this day.

Back in 2018, Thompson pleaded guilty to assaulting two women in a nightclub in Cork's city centre.

The seven-time All Ireland-winning camogie player regrettably became involved in an altercation at Secret Garden, Rearden’s on Washington Street which would inevitably follow her and two others for the next two years.

The situation she reportedly orchestrated – which resulted in neither harm no medical evidence – occurred within 90 minutes of each other – something her solicitor Eddie Burke said was a result of intoxication, divulging that alcohol "clearly did not suit her."

Thompson subsequently avoided criminal conviction on her undertaking to pay €6,000 to family refuge charities and to cover witness expenses.

Despite the outcome of her conviction seemingly falling in her favour, it was during and thereafter where Ashling's retribution prevailed.

“If paid it will disappear," he stated as the sentence was handed down. "No convictions. It disappears into a fog. There is no Probation Act, no strike-out. It can only be re-entered if the money is not paid." 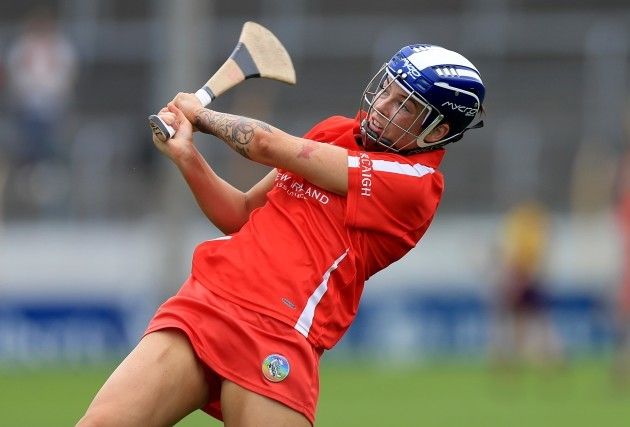 For someone who had previously been, at times chillingly, frank about her jagged experience with depression in the past – the worry over how something as significant and public as Ashling's court experience was wholly considered when thinking about the delicate balance of her mental health.

As the trial came to an end, Thompson compiled an unusually candid blog post, revealing the toxic reverberations media scrutiny had on her and those around her.

She said she was "glad the court case didn't happen a few years ago" as she has since "learned to deal with certain situations and to look at them from a different perspective", also mentioning that "the toughest part" for her was witnessing the stress her family went through.

"Reading things online, I know it will hurt them ten times more than it will hurt me," she tells Irish Tatler.

Reflecting on the last few years of her life, Thompson is contrite, gallant and tentatively aware of the many lives she has lived in her 29 years.

"It all started with an article published four months before my court case even began," Ashling tells Irish Tatler.

"The whole thing was full of mistakes, from details of the case to my age and medals. There's always going to be someone who wants to knock you, especially when you're a female in the public eye, and I understand that some people are just doing their job, but it just baffles me how someone can write something so untrue knowing full well the detriment that it will cause someone. The article even mentioned my sponsorship, really targetting me as well as those around me.

"They also twisted words I had said before about my temper on the pitch or when I'm playing – making people think that I was always a psycho, and it was just a matter of time before everyone figured me out.

"They then went on to say things like 'and she's supposed to be a role model' - that really twisted the knife.

One thing led to another, as these things often do, and all of a sudden social media was awash with Ashling Thompson.

"I remember getting a phone call saying that WhatsApp screenshots and Snapchat images were going around about me. Then, they went viral. It was devastating."

Having been open about her experience with darker times previously, the midfielder confessed about how that time made her reconsider everything she once knew.

"I didn't know what was going on – either in my head or for my career. I thought it was all over for me. It was gut-wrenching. I'd worked so hard to get where I was and it was all taken away from me.

"I was wracked with shame and embarrassment and didn't leave the house. I had suicidal thoughts, definitely, especially after a year and a half of non-stop media harassment."

Prior to all of this, Ashling, heartbreakingly, boasted a close relationship with suicide.

Back in 2012, a close friend and on-off boyfriend of Thompson's took his own life just weeks before his 21st birthday.

It was something, in her own words, she never saw coming.

"I felt my soul had sucked out of my body. I couldn't breathe. I remember just breaking down and thinking tomorrow is never going to be a better day."

She subsequently fell into a depression which was then only exacerbated by the velocity with which she threw herself back into training following a harrowing car accident at 19.

The car crash left her with severe muscle damage to her back and neck, at a time when she was already playing camogie at the highest level.

For some time after, she was forced out of sport participation – something she has always considered a personal lifeline.

"For me, sport is life or death. It's my entire focus and without it, I'd be nothing. It was only when I saw the grieving family at my friend's funeral that I thought I could never put my family through the pain of that.

"I have never believed that suicide is selfish – there were times when I totally considered it – but my family are so important to me, in that darkness, I feel like I saw the light and decided to try to get better for them." 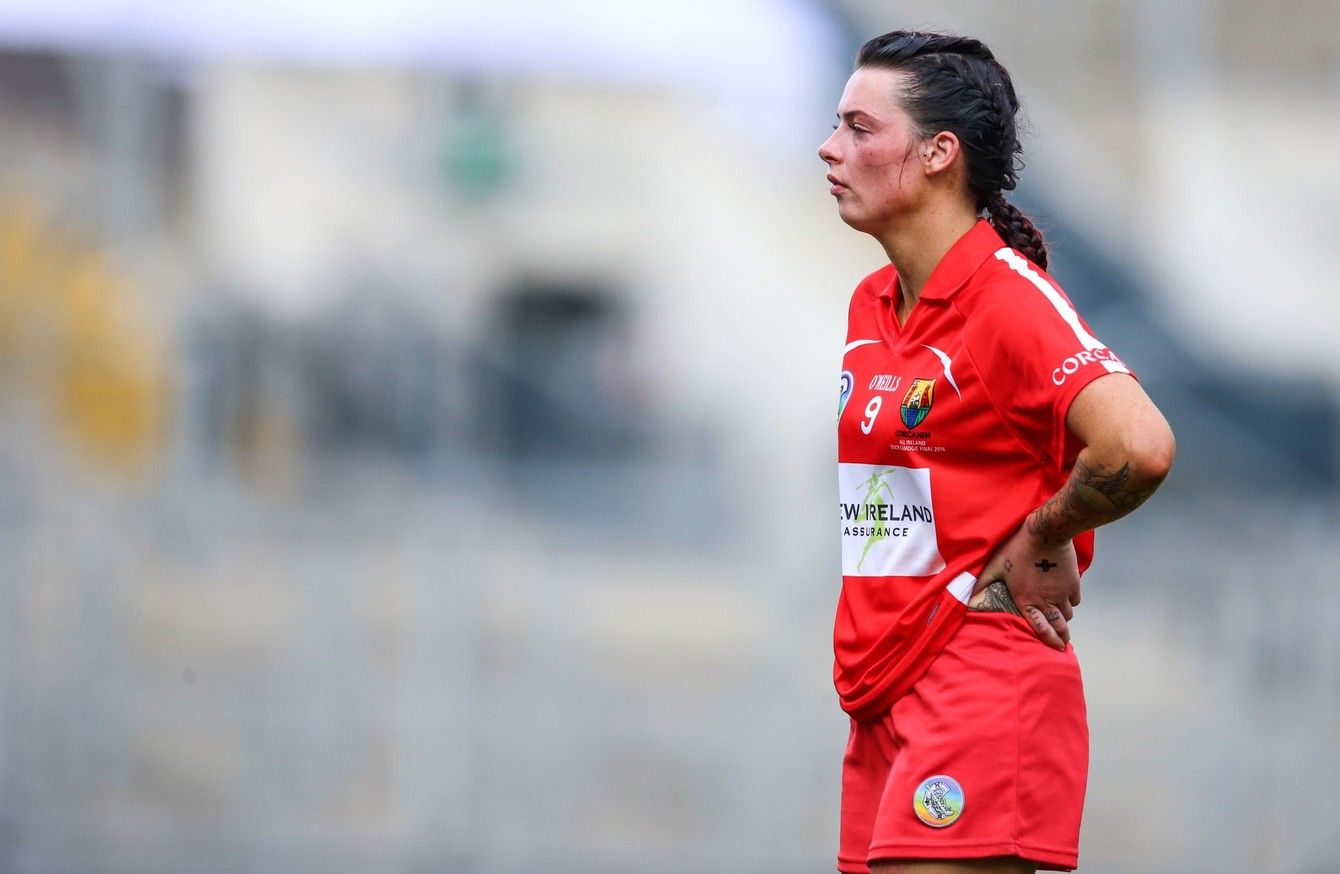 In 2015, she captained the Cork camogie team that won the All Ireland and was awarded two All-Star awards thereafter.

For her head, she has relied on her "good support system" and unrelenting optimism to drag her out of even the darkest of times.

"I definitely found my true friends from everything that's happened," she says. "There was a time when I didn't trust or associate with anyone, but I know now who I can have around me and who I actually have in my corner.

"I truly believe that everything happens for a reason, and I've realised who I am and who my friends are as a result of all the bad stuff that's happened to me."

She cites American footballer-cum-activist Colin Kaepernick and Denzel Washington as her heroes, referencing the latter studiously by reiterating his quote of: "If you don't read the newspaper, you're uninformed. If you do read it, you're misinformed."

"I've been through the wringer when it comes to my own personal profile, but even after it all, I've never doubted the person I am," she expresses defiantly.

"People have never convinced me otherwise. I'm very proud of myself and what I've achieved, but everyone knows that when you have a platform you can't stand up for yourself – so I didn't. But I am so proud of all I've overcome."

Nowadays, Ashling can be found once again training with the county with which she made her name, following a year-long break she took to clear her head.

She's, thankfully, found herself in a good place once more as a result of surrounding herself with good people and retaining her focus back on sport, self-care and positivity.

"You just never know what's around the corner – that is what everything in the past has taught me," Ashling concludes.

"You can only control so much like your routine and your schedule, but you really never know. There are still times when I experience panic attacks and anxiety disorder but I'm still learning to deal with the traumas of my past and move on from them.

"I've been through shitstorms before and have had everything stripped from me, but I've been able to look at the circus and never doubt the person I am inside. I'm proud of all I have achieved, and my plans for the future just revolve around being healthy, happy and driven for what's to come."

READ MORE: The Woman Whose Experience With Trolling Has Driven Her Offline