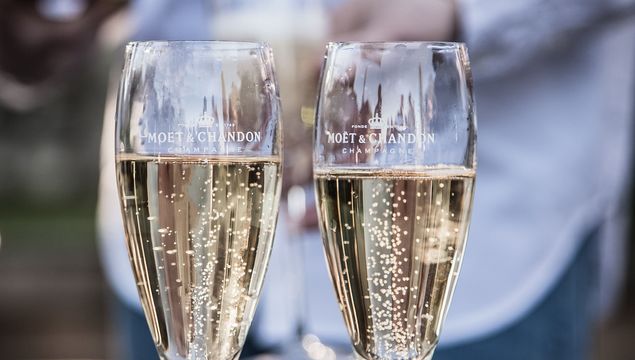 What's the best bar in Ireland? For the second year running, newcomer Cask bar in Cork City has claimed the #1 spot.

Ireland is home to some of the oldest pubs and bars in the world, like Sean's Bar in Athlone, which dates back to 900 AD. But some newcomer bars are giving them a run for their money!

At the Irish Bar of the Year Awards, held Monday night at the Clayton Hotel in Dublin, Cask in Cork's Victorian Quarter was named Bar of the Year. It was Cask's second year in a row snagging the top award, which is especially impressive considering it only opened in 2017.

A beautifully appointed cocktail bar, Cark specializes in using local Irish ingredients. Aside from the spirits, everything that goes into their cocktails is grown and made in Ireland. They also serve up a menu of small plates, tapas, and street food.

They seemed delighted to have kept the title for a second year!

Now that our hangovers have subsided we'd like to thank everyone for all the kind words over the last few days! On Monday at the Bar of the Year Awards we won best Cocktail Bar for a third year in a row, Best bar Manager and held onto our title, Best Overall Bar in the Country. Huge thanks to all our staff past and present, our colleagues in Greenes and Hotel Isaacs, the dj's that play such a big part in our weekends, J.D. our head of security/charm but especially our customers. We're bugger all without you guys!! Huge love and respect to our neighbors and close friends Shelbourne Bar Cork on also retaining their title and all other nominees and winners. #barawards19

Check out the full list of winner below. Have you been to any of these? Let us know what you thought in the comment section or on social media.

Bar of the Year - Cask, Cork

Local Bar of the Year - The Old Orchard, Galway

We’re willing the sun to come out so we can roll back our roof in the street garden. 

Outside Space of the Year - The Central, Meath

Some photos from a special party this weekend. Today is the day, we are enroute to Dublin for the @baroftheyear_ awards where we are finalists for three categories , Best Designed Space, Best Outdoor Space, Best Newcomer and also shortlisted in the Peoples Choice for Bar Of The Year. We are delighted to have even been shortlisted and would like to take this opportunity to thank everybody sincerely for your support and who has been part of our Reidys story to date. Irrespective of the results, we would like to say we are very proud of our reidys team, our acts, suppliers, designers and to thank you all for hard work and continued efforts. Wish us luck 爛 #barawards19 #teamwork #killarney #lovekillarney #jmreidys #goodvibes #allgood

Live Entertainment Bar of the Year - The Workmans Club, Dublin

Best Bar to Watch the Match - Buskers On The Ball, Dublin

It's been a busy few weeks here on Liberty Street. We finished painting our building at the weekend and our sign was finally installed yesterday (after all our harping on about it), we think she's looking pretty sweet! A massive thank you to everyone who's paid us a visit since we opened, we're looking forward to welcoming some new faces over the next few weeks too. We've plenty on offer, 22 rotating beer taps, a truck load of spirits and a tasty selection of natural and organic wines. @raffuba will also be rolling out our cocktail menu from next week onwards. #impalacork #craftbeer #cocktails #naturalwines #cork #corkcity #visitcork #paradiseplace #corkpub

Whiskey Bar of the Year - The Shelbourne Bar, Cork

Lazy Sunday’s are what Virgin Mary’s were made for! . . We’re serving up our signature version using an amazing new Dublin hot sauce and of course lots of fresh pressed  from 2pm today! . . #spicy #scarletforyerma #forgethairofthedog #drinkdifferent

Innovative Bar of the Year - The Virgin Mary Bar, Dublin

This article was originally published by our sister site, Food&Wine

READ: If You Add This Ingredient To Your Porridge Every Morning, You Need To Stop Now.