Grab a pen, you're going to want to take note of most of these... 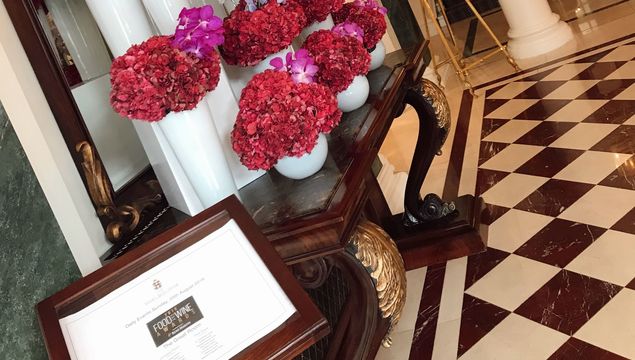 The all-new 2019 FOOD AND WINE Awards in association with Rémy Martin were held in Dublin last evening, unveiling a new vision for the brand and awards.

Now in its 19th year, the FOOD AND WINE Awards is the pinnacle event of the year for the Irish food industry and the restaurant hitlist that everyone covets.

Held in the refurbished Great Room of the Shelbourne Hotel and attended by some of Ireland's best chefs and restaurateurs from across the country - as well as culinary talent from abroad - the FOOD AND WINE Awards is about honouring legacy and heritage by acknowledging the past, while turning the spotlight on the stars of the present and forecasting the future. 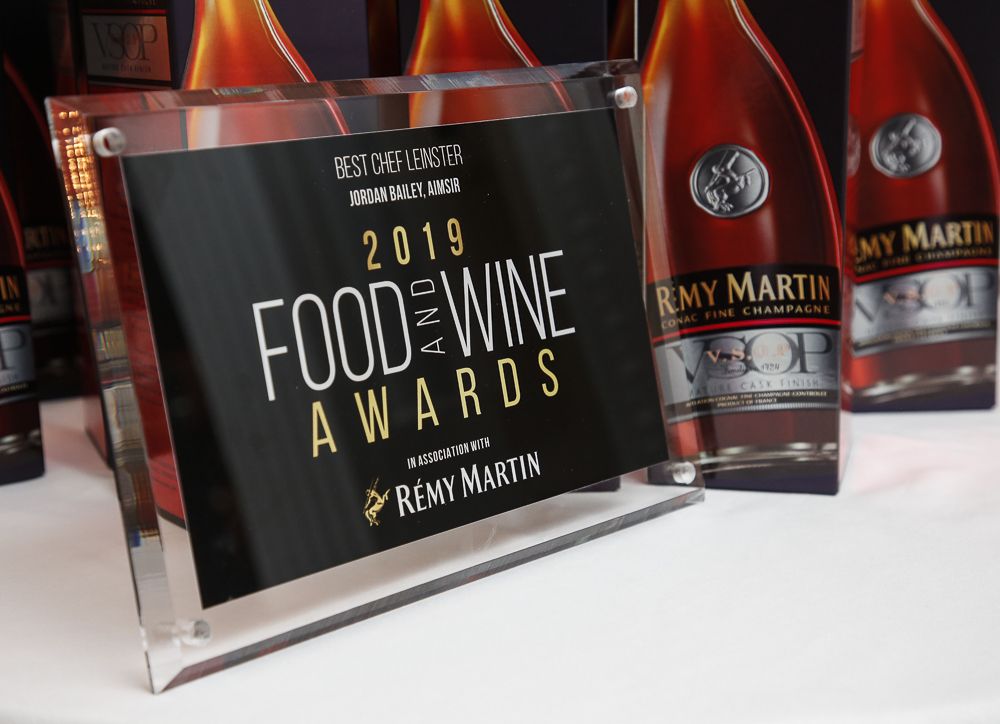 On the night, the two overall awards went to OX in Belfast, nabbing the 'Best Restaurant in Ireland' title, while 'Best Chef' went to The Greenhouse's Head Chef Mickael Viljanen.

Other regional awards went to newly Michelin-starred Ichigo Ichie in Cork, while JP McMahon's Aniar scooped the best in the west.

FOOD AND WINE Editor, Dee Laffin also interviewed a food-scene legend, Pierre Koffmann – one of a handful of chefs in the world to have been awarded the coveted three Michelin stars. 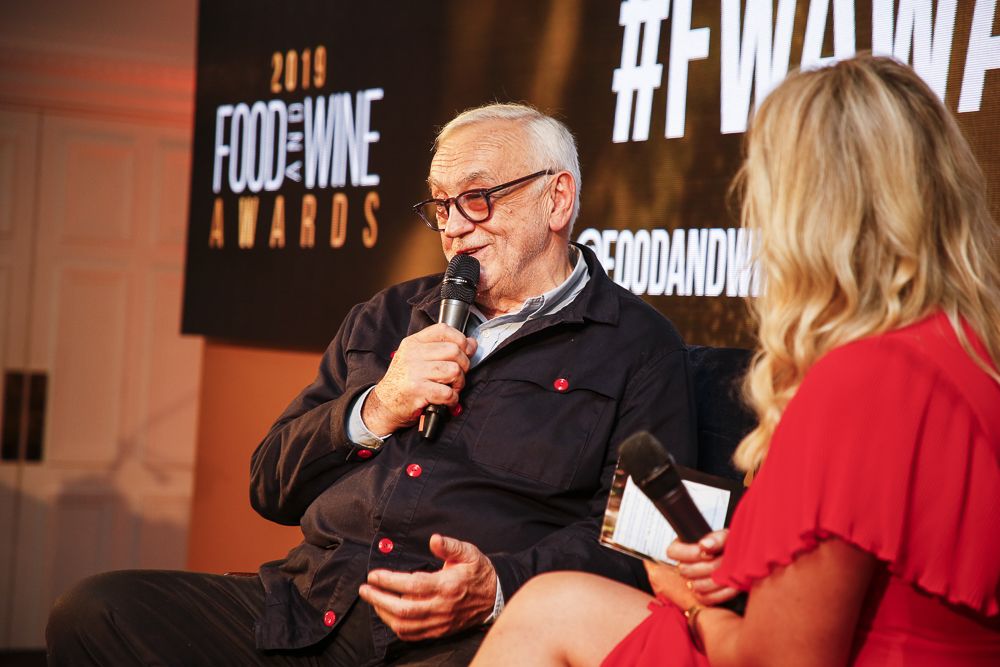 For the full list of FOOD AND WINE Awards winners, scroll down...

Hotel Restaurant of the Year

Helmed by chef Mike Tweedie, The Oak Room is one of the finest dining locations in the west, serving up contemporary menus created with local Irish ingredients.

This family-run eatery champions local Irish produce in a tiny restaurant on Kevin Street in Dublin.

Run by Chef Gaz Smith, Michael's is known for its dedication to great Irish seafood, with the restaurant's ever-changing menu showcasing unusual ingredients.

Known for its extensive wine list, The Black Pig offers hundreds of wines by the bottle and the glass, highlighting a range of unique flavours and regions.

Classic of the Year

This family-run inn is well-known for its hospitality and homegrown produce. Open for more than 16 years, this spot is well-loved by all who visit.

Pub Food of the Year

This gastropub is popular with locals and visitors alike, who return again and again to try The Oarsman's delicious housemade dishes.

Café of the Year

Former NCAD student Jennie Moran opened Luncheonette after the college canteen closed and ever since, she has been serving innovative, delicious and reasonably priced food for students and the public alike.

Start-Up of the Year

The second restaurant from the team behind award-winning Etto, Uno Mas ha been wowing guests with its Mediterranean-style food since it opened. 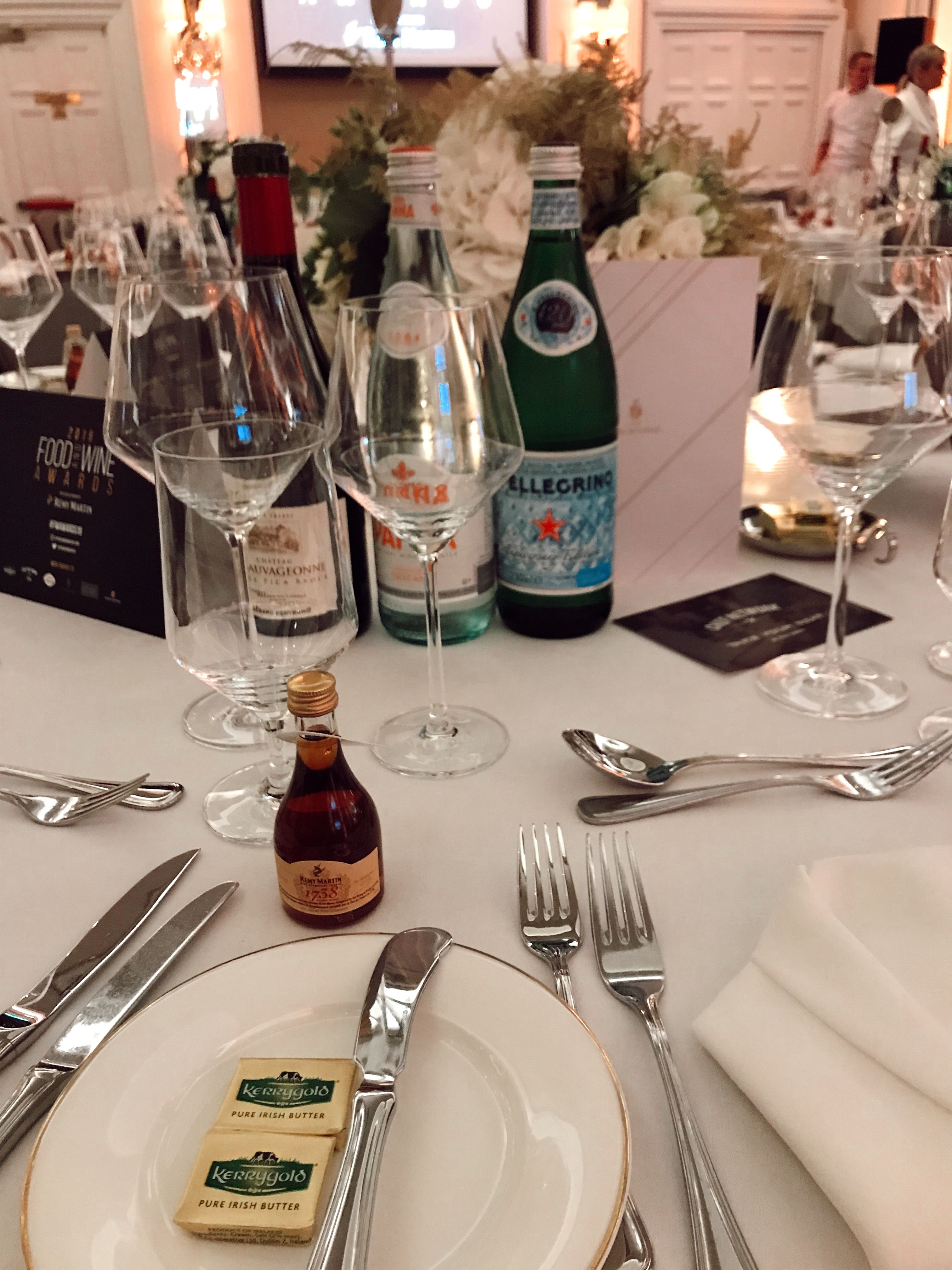 Rising Star of the Year

Part of the team that helped win Heron & Grey its Michelin star, Roisin Gillen is one to watch. She has had a fantastic 2019 so far, which has included a sold-out pop-up honouring women in the industry, as well as working at the newly-opened and highly praised Liath.

Host of the Year

Restaurant manager at Ireland's only two-starred Michelin restaurant, Stéphane is known for his welcoming manner and ability to put diners at ease.

Pastry Chef of the Year

Working at one of Dublin's best-known Michelin-starred restaurants, Darren's creations are both delicious and beautiful, highlighting the very best of Irish produce.

Sommelier of the Year

As well as creating one of the country's most innovative wine lists at newly-opened Aimsir, Cathryn is welcoming and warm to each guest that walks through the door, helping them to comfortably try delicious and unique wines.

Restaurant Bartender of the Year

One of the most experienced bartenders in the country, Alan has created a delicious drinks list at The Market Bar, ensuring there is something on offer for every palate.

International Chef of the Year

Tallaght chef Anna Haugh has worked with some of the UK's top chefs, including Gordon Ramsay and Philip Howard, before she opened her own modern Irish restaurant in London earlier this year.

Owner and head chef at Michael's and Little Mike's, Gaz helped spearhead the Seafood September initiative, while promoting amazing Irish produce, suppliers and, most of all, seafood on both his menus and social media. 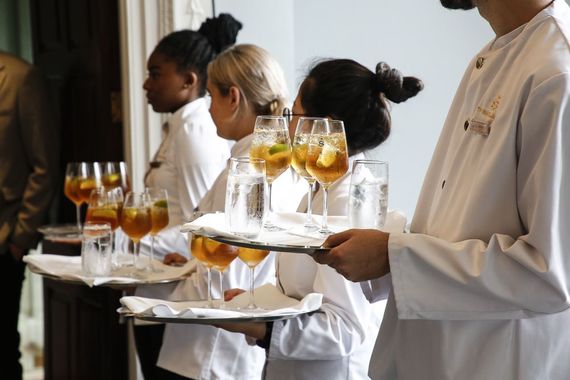 Helmed by chef Stephen Toman, Michelin-starred OX in Belfast is known for its inventive food and inviting atmosphere.

JP McMahon's Michelin-starred restaurant highlights the best of the West, with Irish ingredients and unique flavours making up each menu.

Opened by Jordan Bailey and Majken Bech-Bailey earlier this year, the menu at Aimsir is an ever-changing celebration of Irish food.

This Michelin-starred restaurant on Dublin's Dawson Street currently offers some of the most exciting food in the country.

Owner and chef at Michelin-starred Loam, Enda McEvoy is a champion of Irish food and flavours.

Earning his first Michelin star last year, Takashi is the owner of Miyazaki and Ichigo Ichie in Cork, which is known for serving Japanese food with an Irish twist.

The former chef at three Michelin-starred Maaemo in Norway, Jordan Bailey opened Aimsir earlier this year and has been wowing visitors with his unique take on Irish food ever since.

Head chef at Michelin-starred restaurant OX in Belfast, Stephen is known for creating some of the island's very best food.

Head chef at Dublin's The Greenhouse, Mickael has helped the restaurant to achieve its one Michelin star status while serving unique and innovative food. 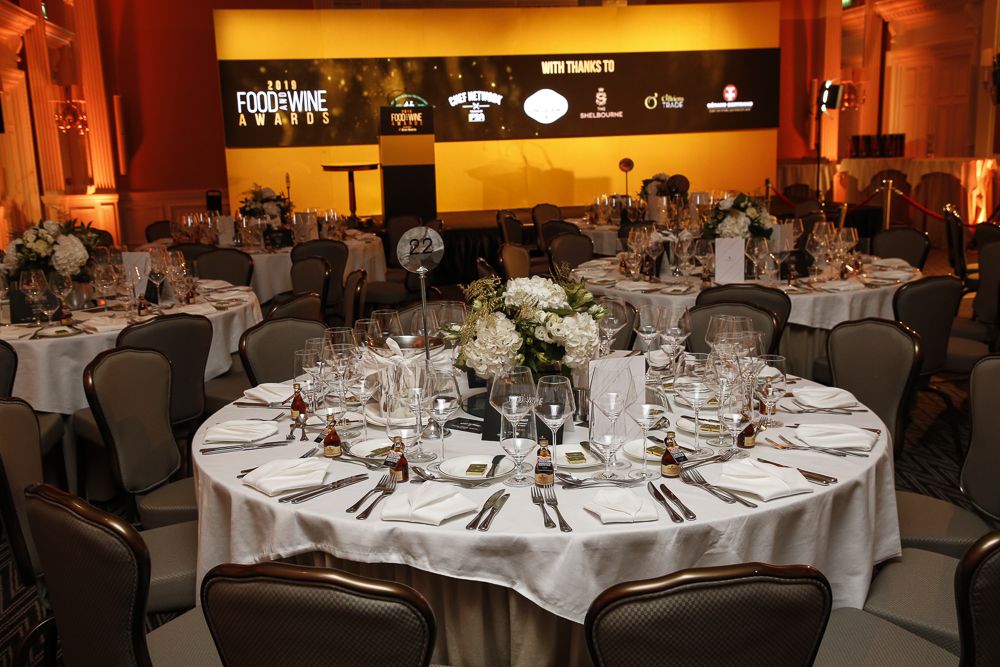 Well-known in Dublin, Grainne is head chef at Clanbrassil House and culinary director at BuJo Burger Joint. She has had an amazing year, which has seen her take part in Guinness X MEATOPIA, the Peroni series and a variety of pop-ups.

Founded by the McDevitt family in 1978, this hotel is known for treating staff with courtesy and understanding, as well as keeping staff on a long-term basis due to its positive environment. 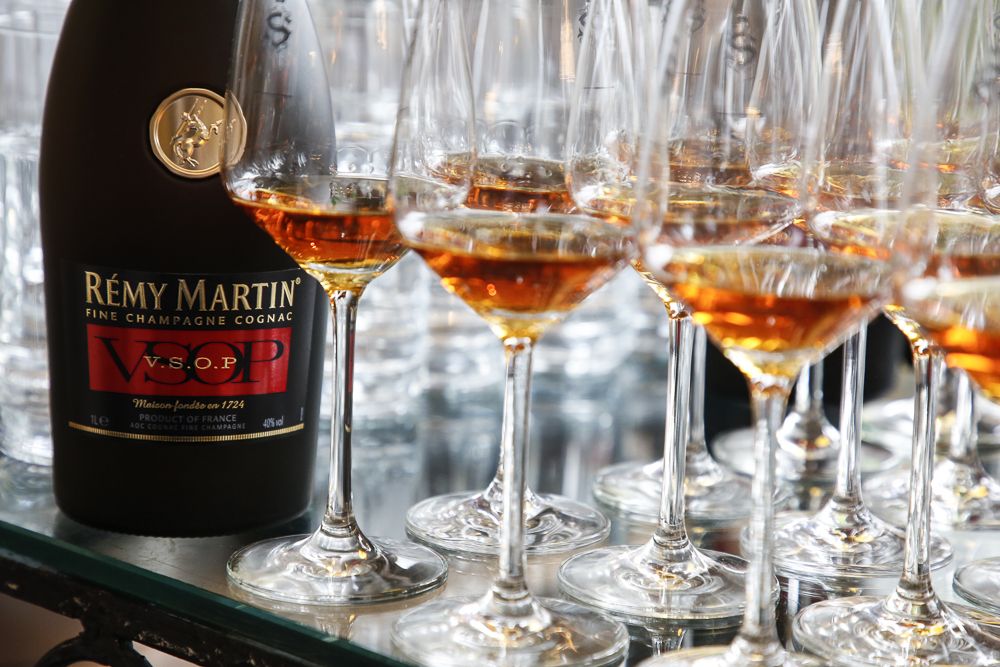 John and Sally McKenna are two of the most celebrated food journalists in Ireland, well-known for their famous McKenna's Guide plaques.

Another award for Michelin-starred OX in Belfast, which is known for its inventive food and inviting atmosphere.

Mickael Viljanen of Dublin's Michelin-starred restaurant The Greenhouse is known for creating some of the most inventive and delicious food in the country. 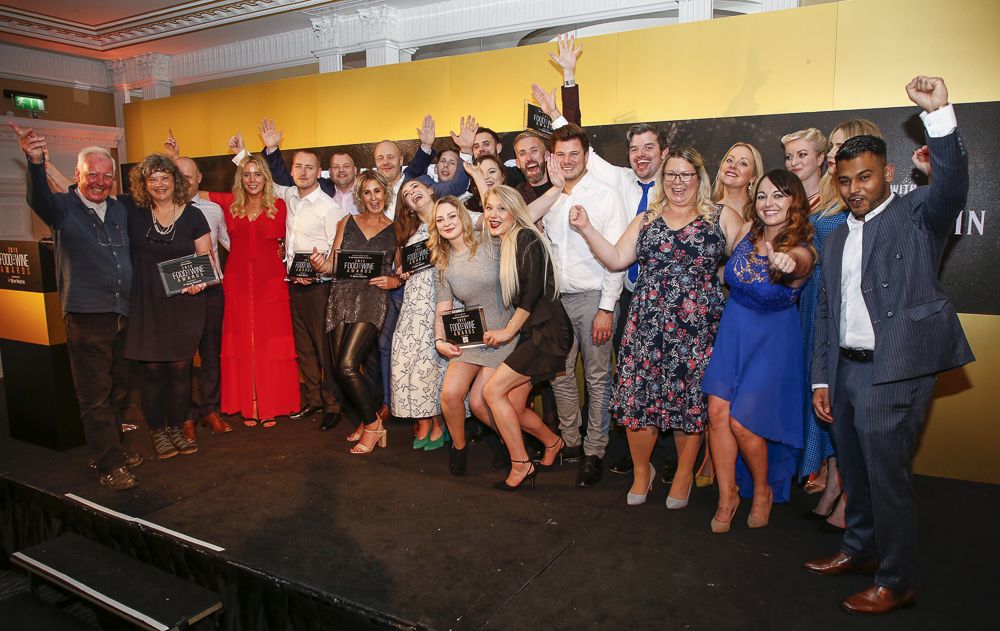 Read More: Baking As A Vegan Is Easy - Once You Know How