5 Films To Watch This Valentine’s Day, Depending On How Mushy You’re Feeling 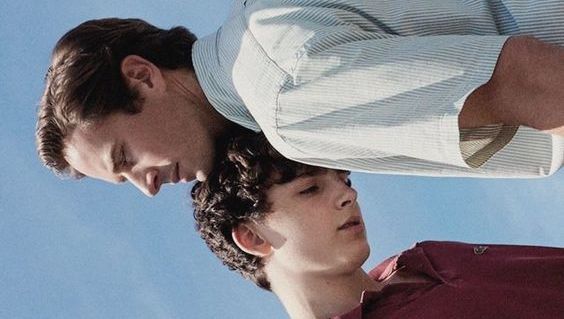 How mushy are you?

Valentine's Day is very much a subjective holiday. Some love it, some hate it. Whichever end of the spectrum you're at, chances are you'll be – at some stage –spending it sat in front of the TV or laptop pondering what to watch on Netflix

Maybe you just want to hang out with your girls for the night and watch a female-led comedy like Someone Great. Or, you may be spending it with a S.O. and in the mood for a film you've both seen a thousand times for when things inevitably get a little hotter. Or, you may opt to ditch your friends and S.O. to focus on some self-love and binge in a whole whose of soppy romcoms like To All The Boys I Loved Before 1 + 2.  Of course, there are the people who hate Valentine's but love romance and some people who simply don’t think about the occasion at all. (They're probably knee-deep into Narcos.)

No matter what your Valentine's Day preference – there’s a fil waiting on Netflix for you. We promise. Here are our picks for the best romcoms to stream on Netflix this February 14.

TO ALL THE BOYS I'VE LOVED: p.s. I still love you

This movie was one of my picks for the best content coming to Netflix in February. If we were making a list of the best romantic comedies Netflix has ever made, this would probably be on that list, too. No, we haven’t seen it yet. Based on nothing but my obsession with the OG To All The Boys I’ve Loved Before and my crushes on Noah Centineo, Jordan Fisher, and Lana Condor and our love for romcoms set in American high school, we’ve already decided that we love this sequel and we just know you will too...if you're mushy.

Netflix has spearheaded the romantic comedy renaissance, and it is in full effect in Set it Up. Starring Glenn Powell and Zooey Deutch, this actually funny film centers on two strung-out assistants who conjure a plan to set up their workaholic bosses (played by Taye Diggs and Lucy Liu) in hopes that they will fall in love and finally get lives outside of the office. Between the knockout cast and the playful modern storyline, Set it Up is the perfect kind of romcom if you're partial to a bit of mush but absolutely zero cringe.

Call me by your name

Mushy level: Claims to hate mush but secretly loves it.

Rising star Timothée Chalamet stars opposite Armie Hammer in this acclaimed romantic drama, which depicts an LGBT+ romance against the backdrop of picturesque Lombardy, Italy. 17-year-old Elio (Chalamet) is initially annoyed when doctoral student Oliver (Hammer) comes to stay at their family home, but an unexpected summer love soon presents itself and the resulting whirlwind will change their lives forever. Perfect for anyone who secretly loves mush as you can, well, mush over Ellio and Oliver (the good parts) and play it off as being a cinephilia as it was nominated for Best Picture at the 90th Academy Awards and took home the prize for Best Adapted Screenplay. WARNING: you will cry.

ALWAYS BE MY MAYBE

Mushy level: I'll take the com, not the rom.

Comedians Randall Park and Ali Wong write and star in this recent hit, which landed on Netflix in the summer of last year. After a teenage fling ends badly, Marcus (Park) and Sasha (Wong) go their separate ways only to be reunited later in life when their feelings for one another are rekindled. Perhaps not the most original concept, but Always Be My Maybe is sharply written and well-acted, with an enjoyable cameo from Keanu Reeves.

Of course, not every couple gets sentimental about Valentine’s Day and it may be that you want the polar opposite of a typical romantic choice. Look no further than Gone Girl, David Fincher’s acclaimed thriller starring Rosamund Pike and Ben Affleck, about a man who falls under police and media scrutiny when his wife mysteriously vanishes. Warning: you'll probably never trust your partner again.

Main image from Call Me By Your Name

READ MORE: What Their Valentine's Day Gift Says About Your Relationship