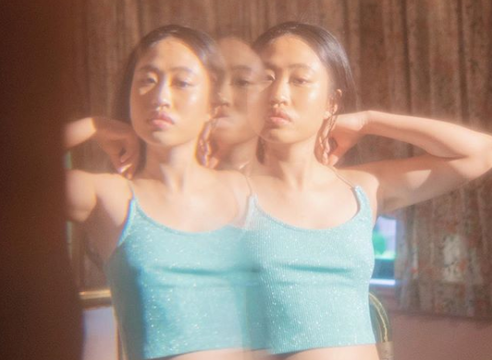 Counterintuitive to a razor company this is not, as the brand's clever and well-needed marketing tactic has been creating waves in an industry which has only recently undergone the diversification process.

The photos and video were directed and shot by Ashley Armitage, a creative well-known for curating projects that feature real women through the female gaze. As well as this, Billie is also donating photography of women with body hair to popular stock photo site, Unsplash, for free and public use – meaning that diverse and representative stock images representing real women are now wholly available for international audiences.

The scrutinisation of body hair is an unsurprising one. However, this recent kind of back-and-forth relationship is new.

Gender fluidity, and its embrace by the many designers now blurring lines between menswear and womenswear—and swapping clothes between male and female models on their runways—has certainly been a catalyst for the new hirsuteness. At a recent Maison Margiela show in Paris, for example, designer John Galliano made it near-impossible to tell whether the snake-hipped models wearing his spring collection were boys or girls.

FROW members saw a slim, shaggy calf emerge from a pair of iridescent Mary Janes, and assume boy. And then you’d question that assumption because millennial women don’t seem all that fussed about body hair.

If fashion's second wave–feminist backlash – spawning parameters far wider than body hair – was a direct reaction to the heightened femininity demanded of women in the postwar era, today’s embrace of body hair is a startling revolt against the Brazilian-wax tyranny of the aughts.

Fresh off the return of the full bush, yet another triumph is rolling in for team grow-out. According to a recent study, nearly one in four women under the age of 25 have stopped shaving their underarms. Signalling a long overdue shift in society's standards of female beauty, it wouldn't have been possible without the women who didn't bow to pub(l)ic conditioning in the first place.

During the golden age of Old Hollywood, Sophia Loren redefined bombshell beauty by displaying bushels of armpit hair in curve-hugging halter dresses. On the other side of the spectrum, Patti Smith's underarm fuzz was a cool complement to her gender-bending style in the ‘70s.

Perhaps the most famous photographed tuft of all is that of America’s sweetheart Julia Roberts, who greeted the crowd at the Notting Hill premiere—and sent shock waves through the industry—with unapologetic thickets of underarm growth in 1999. A moment forever cemented in pop culture history, it is cited by many as a pivotal—if not pioneering—moment in the history of famous women bucking shaving tradition in favour of naturality.

While Roberts' infamous clump may not have been designed to shake up society's standards of female beauty, the fact of the matter is it definitely had a hand in doing so, with something so natural as underarm sprouts taking place centre stage, allowing fans to feel both respected and heard in climate where women hadn't yet begun speaking about pay gaps, sexual assault or even abortion stories in mainstream media.

What's different to the feminist wave synonymous with bra-burning, unshaven women in 2019 often meet other criteria for traditional feminine beauty; contoured cheekbones, painted nails and sculpted eyebrows – while proudly displaying their armpit hair. If the ethos of the 70s was a refusal to spend time and effort on cosmetics, the more common approach today is for women to curate different elements of their appearance, remaining conventionally attractive while deploying body hair as a staunch feminist middle finger.

It seems, as a result of this, that a new wave of acceptance is a-foot; one which allows women to pick and choose the feminism that suits them, finally gaining control over something so heavily dictated by others.

Female pubescence is still far from mainstream, but the more people who brave the whispers and stares, the less shocking it becomes. This is how norms change. And one of the few real upsides of social media, in my view, is its power to accelerate that process of dismantling dubious norms – not, in this case, in order to replace the old one with a new, equally unforgiving one, but to challenge the need for any norm at all.

READ MORE: Is CBD Oil Just Another Crutch For Our Collective Anxiety?

READ MORE: Why The World of Sport Still Isn't A Level Playing Field For Women