Traditionally private topics – periods, miscarriages and infertility – are making their way into the mainstream thanks to a group of influential women. 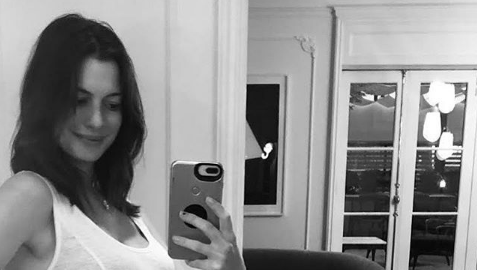 When Alexa Chung revealed her life-long allegiance to endometriosis, she didn't do it with pomp or ceremony.

Targetting specifically the young women who've perhaps not yet basked in the security of not caring, Chung chose Instagram to share a snippet of her painful medical history.

"I don’t want to belong to any club that would accept me as a member, but here I am. #endometriosisclub," she wrote.

I don’t want to belong to any club that would accept me as a member, but here I am. #endometriosisclub #partytime #woohoo #lifelongmembership #sorryifyouhaveittooitsucks #endometriosisawareness

Unknowingly, Chung entered a group of women that day keen to implode the system by being funny, honest and inspirational – something revolutionary in a system that has historically coerced women to keep mum.

In this group are straight-talking stalwarts such as Anne Hathaway and Natalie Imbruglia who have both announced pregnancies this week. The former caveated her announcement with the fact that "it was not a straight line to either of my pregnancies" to trying parents, and the latter revealed that her gestation came about with "the help of IVF and a sperm donor" almost in the same breath.

It's a refreshing honesty with which those overexposed to damsels in distress and Bond girls are unfamiliar.

From birth, children are force-fed the idea of one course of life for a woman: find love, get married, and reproduce. While some may argue that the goalposts have widened a little, the concept of biological clocks rarely stops ticking in the eyes of a potential mother.

This is why the conversation around the many ways a female body can let you down – especially by those with influence – are important, needed and always celebrated with aplomb.

Female icons of late have opened up about their most traumatic bodily experiences in a way that seems neither contrived nor marketable.

Tennis star Serena Williams has talked about how she nearly died during childbirth, model Chrissy Teigen has recalled her struggles to conceive and failed rounds of IVF. Lily Allen, the singer, has even gone so far as written about her raw grief after the stillbirth of her baby.

This month also saw the publication of Eleanor Morgan’s Hormonal: A Conversation about Women’s Bodies, journalist Lynn Enright's Vagina: A Re-Education, Nimco Ali’s What We’re Told Not To Talk About (But We’re Going to Anyway), while one of the summer’s most talked-about books is Lisa Taddeo’s Three Women, which tackles the nature of female desire.

The second series of Phoebe Waller-Bridge's Fleabag also made headlines earlier this year when its opening episode featured the protagonist’s sister having a miscarriage during a family dinner.

While the thought of seeing a woman bleed from her reproductive organs on television even a decade ago would have been unheard of, considerable barriers still exist to maintain a healthy relationship with female bodies.

Although women are opening up more, at the same time they are under more pressure than ever about their body image and how they should behave – never before now has the shape of one's eyebrows ever meant so much.

Momentum on the subject has risen and fallen before – see the maverick Vagina Monologues from the mid-90s – but catalytic reutterances by way of celebrity are doing trojan work.