Could The Chlamydia Vaccine Mean No More 'Silent' STIs?

A pioneering clinical trial – the first of its kind – has raised hopes for a cure for the ‘hidden’ sexually transmitted infection, Chlamydia trachomatis. 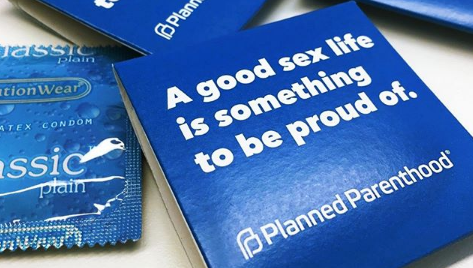 The vaccine successfully provoked an immune response, boosting levels of antibodies against the chlamydia bacterium in the blood and vaginal fluids.

Experts say immunisation may be the best way to tackle the disease that accounts for nearly half of all sex infections diagnosed in the UK.

About 131 million cases of the sexually transmitted infection are diagnosed worldwide every year, and there were almost 220,000 new cases in England just last year.

More trials must check how well it works and what dose to give, The Lancet Infectious Diseases journal says.

Chlamydia trachomatis remains the most common STI despite screening and effective treatment being available. It can be treated with antibiotics, but the infection often has no symptoms and many people are unaware they have it.

Without treatment, it can lead to a range of complications for men and women, including fertility issues and an increased risk of HIV.

Investigator Professor Robin Shattock said: "The findings are encouraging as they show the vaccine is safe and produces the type of immune response that could potentially protect against chlamydia.

"The next step is to take the vaccine forward to further trials, but until that's done, we won't know whether it is truly protective or not.

"We hope to start the next phase of testing in the next year to two. If those trials go well we might have a vaccine that can be rolled out in around five years."

He suggested it could potentially be offered alongside the HPV jab that is currently used to protect against cervical cancer.

In June of this year, the World Health Organisation (WHO) called for a more honest discussion of sexually transmitted infections after reporting that more than 1 million STIs are contracted around the world each day.

WHO data shows there are 376 million infections annually of chlamydia, gonorrhoea, syphilis and trichomoniasis. Sometimes people have recurring or multiple infections.

The infections can result in stillbirths, the deaths of newborns and infertility. Syphilis alone causes more than 200,000 newborn deaths and stillbirths each year.

This, in essence, is why the progression of STI screenings is vastly important.

Sexual health budgets have been cut in many countries, including Ireland, despite the sharp rise in HIV and STI diagnoses.

Meanwhile, The Provision of Objective Sexual Education Bill, fronted by TDs Paul Murphy, Bríd Smyth and Ruth Coppinger passed the second parliamentary stage in April 2018 and has, ever since, been blocked from reaching the Dáil stage.

For more information on your sexual health, visit the HSE's designated website here.

READ MORE: Free Condoms Will Be Available For Students From September

READ MORE: Bella Thorne Has Come Out As Pansexual – But, What Does That Mean?