What Is A Circular Economy – And How Can We Use It To Save The Planet?

The way we design and make things is changing. 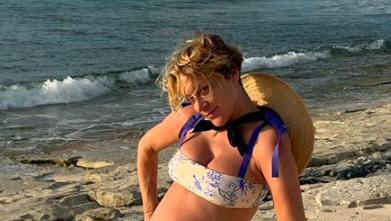 Some will think that our planet deserves better than this one day of the year that we devote to it.

They're not wrong: experts (and David Attenborough) are constantly alerting us to the worrying state of our shared home.

Pollution affects all environments and contaminates soil, air and water. Plastic is now so omnipresent that it not only pollutes our beaches and forests but also penetrates the entire food chain.

It can be found in every corner of the planet and even in the deepest part of our oceans, as sadly discovered by members of a recent expedition who, for the first time, went 11,000 metres below sea level.

For some, negative growth seems to be the only rational way forward.

Sooner or later, breaking free from the ultra-consumerist model in which we have locked ourselves into will be crucial.

Some outtakes  it wasn’t all sad ... but SERIOUSLY THO THE MICROPLASTICS ERRYWHERE 郎 are you down to join me on this path? You can start by getting yourself a wooden reusable utensil set that includes a bamboo/ steel / glass straw too. ❤️ that can be your first step!!! Also: watch OUR PLANET!! Its on Netflix and is a great start to learn about facts that are happening.

The circular economy bases itself around the idea of less is more.

It requires innovation and the complete rethinking of our production model to decouple it completely (or as far as possible) from the extraction of new resources and production of waste.

Shifting the system involves everyone and everything: businesses, governments, and individuals; our cities, our products, and our jobs. By designing out waste and pollution, keeping products and materials in use, and regenerating natural systems we can reinvent everything.

E.g. The team behind The Upcycle Movement makes outerwear and accessories made from upcycled wetsuits. Or Jump The Hedges makes gear bags from tarpaulin and other waste.

Overall, more than 65 billion tonnes of materials were produced in 2010, a figure that is expected to rise to 80 billion in 2020. This, it goes without saying, is much more than the planet can sustainably provide and absorb in return.

Ensuring the recovering and re-injection of waste into the economy involves several major changes:

1. The notion of waste does not exist in the circular economy

Once the consumer good has reached the end of its life, the materials it contains are reused to build the same (or another) product again. Like nature, in which organic "waste" is actually the food that produces the next harvest.

2. The circular economy is not just a question of recycling

It involves rethinking the design of the products themselves so that they can be dismantled and the different materials simply extracted once they reach the end of their life. For example, Adidas has created a sports shoe, the Parley, which is made of a single block of moulded plastic, that’s recast and remoulded to produce a new shoe.

3. The circular economy also requires a rethinking of ownership models

The company must be made accountable for its product throughout its use cycle, thus it is responsible for collecting and recycling the products it has manufactured. The best way to do this is for the company to remain the owner of the property it sells us. The shoe you buy does not belong to you: you rent it for a given period of time.

This system, which may seem surprising, actually has enormous benefits for the consumer and the planet. First, it helps establish an efficient recycling process, as the company has an economic interest in recovering the products it sells. It also guarantees quality. The company that sells you a dishwasher, for example, has every interest in making it work for as long as possible because, in the event of a breakdown, it’s not you who will buy a new one, but the company that must replace it.

READ MORE: A Lesson In Cleansing, Now That Face Wipes Are A No Go