Where To Protest (And Party) For Dublin Pride

Because, at its heart, Pride is all about bringing people together. 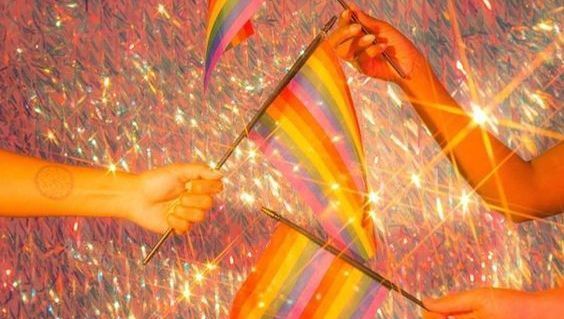 From brunch to parades, here's how to spend Pride.

What was once an eight-person protest against homophobic laws in 1974, Dublin Pride has become a celebration of the LGBTQ+ that draws crowds of 60,000 people.

The first-ever Pride parade took place outside Liberty Hall in Dublin back in June 1983. Three months before this, people marched through the streets of Dublin demanding gay rights and protesting the violence members of the LGBTQ+ community suffer from after Declan Flynn, a 31-year-old gay man was killed in Fairview Park in Dublin. The gang of teenagers who killed him were not jailed, which led to an outcry from the LGBTQ+ community.

Since the 1990s, there has been a Pride parade in Ireland each summer and this year, thousands of people are expecting to march and attend the nine-day festival as Pride events are hosted all across the country.

Dublin city is one big rainbow this week, with flags along the Liffey and atop the GPO and Customs House. An Post has painted their post boxes in pride colours, Tesco has changed their logo to incorporate the rainbow flag and for the first time ever, St Jame's Gate at the Guinness Storehouse has had a makeover (it's the first time ever the gate has been anything other than black). 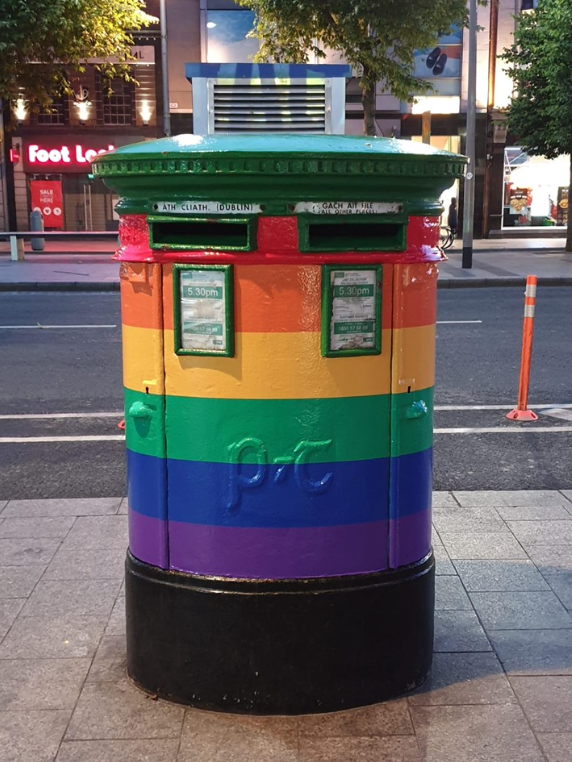 While Pride is the festival of the LGBTQ+ community, it’s a wonderful time for people of all ages, from all backgrounds, to join together and celebrate sexual diversity and show their support for their LGBTQ+ friends and colleagues.

Below, is your complete guide to Saturday, June 29 aka Dublin Pride 2019. 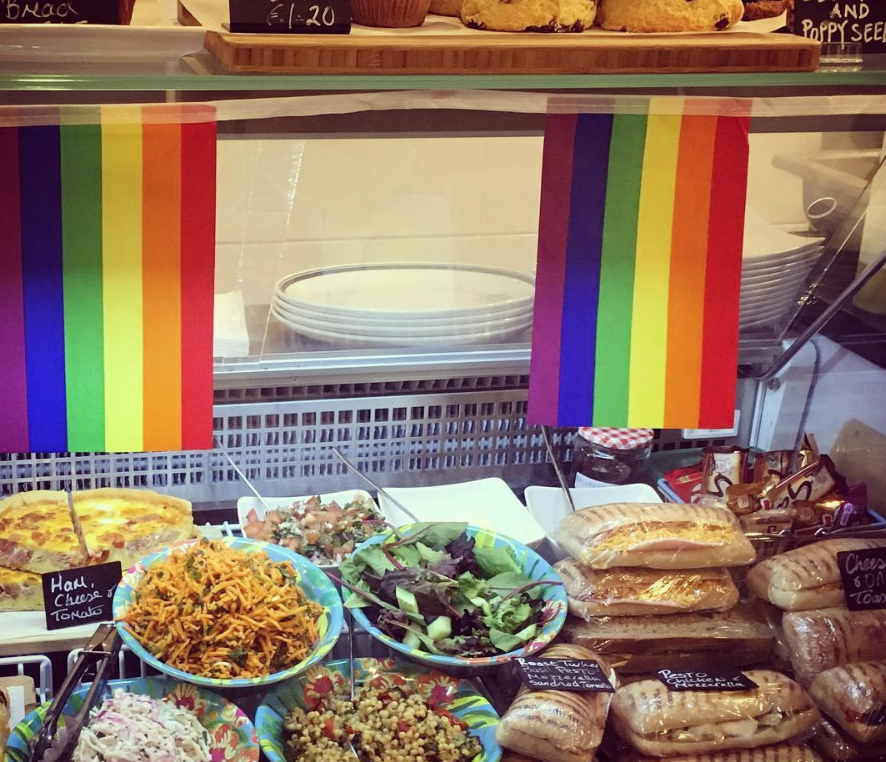 If you fancy starting the celebrations early, a pride breakfast is the way to do just that. Outhouse on Capel Street is sticking with tradition and hosting their annual Pride Breakfast which will be served from 10 am to 12 pm. With vegan options and what is quite easily the best bacon roll in Dublin, start your day right by enjoying breakfast with friends. 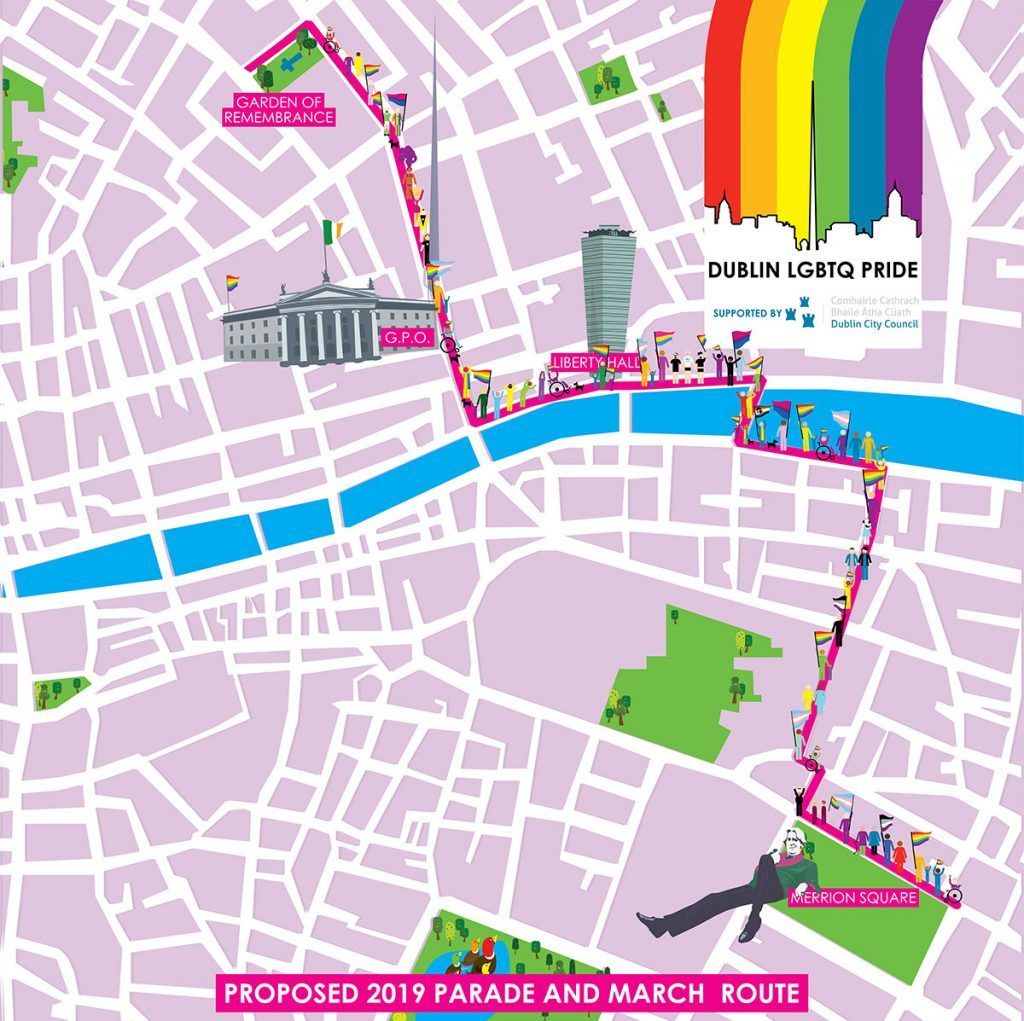 The Dublin Pride parade will be the first parade of the day and takes place on Saturday, June 29 at 1 pm. The parade will take a new route this year, following the controversy surrounding the route last year. Pride was not allowed to march down O'Connell Street and Dame Street in the city centre, but when Pope Francis visited later that year, his procession was allowed to follow the route. Over 7,000 people from 150 different groups are expected to attend. After the Parade, Pride Village is a free outdoor family event that will run till 6.00pm at Merrion Square.

There will also be an alternative Pride Parade in Dublin on the same day at the same time, organised by Queer Action Ireland. According to the organisers of this parade, they cannot take part in Dublin Pride this year because uniformed Gardaí will be attending, as well as RTÉ which are the media partner of the Dublin Pride festival.

“The participation of Gardaí in uniform in this year’s parade is in direct opposition to the liberatory principles of Pride," Queer Action Ireland said in a statement.

"A broadcaster who welcomed transphobic hate speech on to the air not months ago, and whose commitment to so-called ‘balanced’ reporting has led to the perpetuation of dangerous ideas and rhetoric around the island of Ireland, that endangers the lives of the queer community," they added. 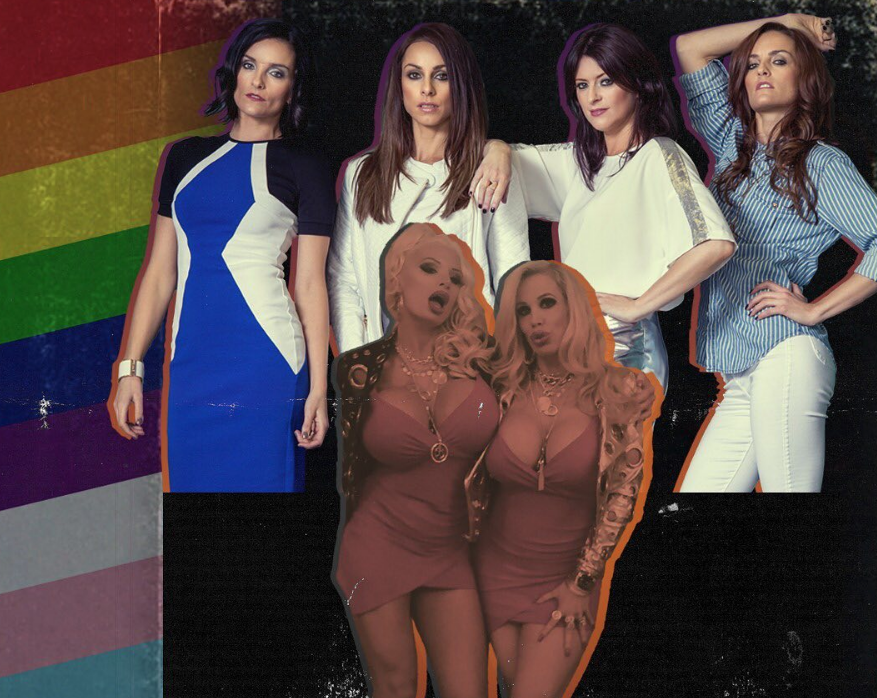 Dublin Drag Queen powerhouses Victoria Secret and Davina Devine return with their annual 'Pride POP-Up Party' but in a new supersized venue. This year celebrate Pride in Vicar Street with a host of Drag Queens, DJ's and special guests the Cock Destroyers' Rebecca More and Sophie Anderson and Bew*tched. Doors open until 6 pm right through until 3 am. Stick on your highest heels and come join the Queens this Pride to party. Tickets available here.

Alternatively, celebrate the 50th anniversary of the Stonewall uprising and the birth of the pride movement, with Mother in association with Dublin LGBTQ+ Pride who are taking over the grounds of the National Museum of Ireland at Collins Barracks on the quays to bring you the biggest most dazzling display of inclusivity this site has seen in its 300 year history. Expect a pride festival site with two areas, two stages, full bars, food stalls, art and activations and thousands of LGBT's & allies - tickets for the event are now sold out.

READ MORE: Meet The Powerhouse Of Women Behind Body&Soul

Related: Dublin, lgbtq+, pride, what to do