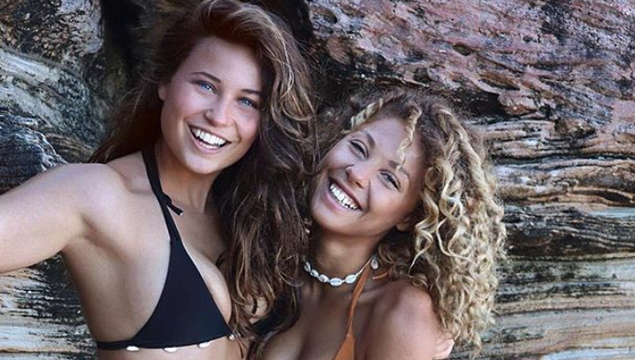 Social media is chock-full of women seemingly oozing health and happiness as they frolic in their swimwear, promoting tanning oils and a plant-based lifestyle. We can’t help but wonder what is their life really like behind the lens?

Women have always worshipped at the altar of influencers, whether they realise it or not. From silent movie-era screen sirens to heroin chic models of the 1990s; each generation of females has followed their respective pin-ups and closely watched and emulated their every move.

As social media progressed from a tool we used absentmindedly as a hobby to a portal that captured the world hook, line, and sinker, the term influencer took on a new meaning altogether. Being influential, in an all-encompassing, full-time capacity, has now become a bona fide career path. Not to mention, lucrative to boot.

Our world suddenly seems smaller and more connected than ever. In the palm of your hand, you can now peer into the gloriously colourful life of people in far-flung destinations like Hawaii, Hanoi, or Hong Kong. Instagram has given rise to a specific set of women who weren’t necessarily on our radar before. If I mention loose terms like ‘glowing’, ‘vegan’, ‘bikini’, and ‘yoga”, I can almost hear readers nodding as they conjure up an image that they scrolled past hours previously.

We’ve been following these figures with abandon since Instagram became our go-to outlet for escapism. Think Gisele does a gap year in south-east Asia, and you’re on the right track. One such woman living this kind of life we can’t seem to stop double-tapping is Emily Ryan. Ryan, believe it or not, isn’t a born-and-bred Australian who seemed destined for social media stardom since birth. She is from the countryside of Lissycasey, County Clare. All things considered, this fluent-Irish speaker and former competitive swimmer blends in seamlessly with these birds of paradise whose profiles we can’t seem to stop flocking to.

I cannot relate with those who only have one square of chocolate. I’ll take four packets please @elevatedcacao

Ryan explained to Irish Tatler what it’s like when your day job entails posing tastefully in a bikini and being the living embodiment of a vegan lifestyle. In fairness, she does make it look easy.

Like so many Irish, Ryan moved to Australia in pursuit of a new adventure. After a year, the travel bug showed no signs of abating, so she packed up and headed to Bali, Indonesia with her Irish “partner in crime” Ceira who, you guessed it, is also a fairly big deal on social media (birds of a feather, and all that).

As one can imagine, such a bold move forced 21-year-old Ryan, whose passion project is the vegan destination GreenWellbean, to figure out what she wanted from her experience 8,000 miles away from home.

“I'd never lived in a place similar to south-east Asia but I think it's always healthy to get out of your comfort zone whenever possible," Ryan enthused. "Canggu, where I live, has the largest amount of vegan cafes and restaurants and warungs (Indonesian for restaurant) for miles. It's been nicknamed 'Vegan Paradise!' What better place for GreenWellbean to be in.”

With a feed littered with ear-splitting smiles and artfully-curated shots of wellness bowls, one would assume that life in Bali is a doddle. Yet Ryan, who has a degree in Film and TV, maintains that there’s an abundance of work that goes into perfecting those photos that followers may not be aware of.

All you can eat vegan pizza for "Cheeky Tuesdays" at @mandalacollective , I'm clearly loving the Pesto slice . Also try the mulled winter wine 🍷

“You definitely need to have knowledge from a variety of occupations,” she said. “You aren't just the face in the picture or the smile in the video. Everything from researching the time that’s best to shoot, location scouting and asking if it’s ok to take a photo there, planning it out so it looks aesthetically pleasing: outfit, hair, props, poses. Then editing, promoting, being tech-savvy enough to market yourself in the right way, all the while keeping up with current trends and styles.. I never thought I’d venture into food photography… yet here I am!”

Thus, an average week looks a little something like this: approximately seven new photos for each of her profiles, some new YouTube videos, freelance modeling, and trying to make ends meet. Not to mention, those life staples like remembering to actually eat healthy and get a workout in too. Despite the demand for a never-ending flow of content seeming quite daunting, Ryan remains confident that social media can be a viable career for her in the immediate future.

Knowledge is power // food is medicine

“I do feel being active on Instagram and having a following is definitely an advantage but at the rate social media and technology are growing at, who knows what the next Facebook or Instagram will be. Photos will never go out of fashion though. So as long as Instagram is there to be used and still has an audience, I'll still be using it.”

Refreshingly, she is more concerned with ensuring her vegan food and lifestyle profile remains authentic, than garnering her massive amounts of fortune and fame.

“I know I am young, social media-savvy, and trying to live a life of 'luxury' instead of working in an office 9-5, but I don't feel I am a cliché. I created GreenWellbean for those interested in the vegan diet and lifestyle. I would rather an honest following and strong community, no matter the size. Also, a 9-5 job sounds very appealing after putting in as many hours as I do with GWB daily!”

Just try and stop me ! Italian and Asian styled vegan salads from @kyndcommunity - so delicious 🌿

However, working for herself in this manor has its perks, especially if it helps inspire those struggling with the transition to leading a plant-based lifestyle. She herself has been fully vegan since a trip to Africa in 2015.

“I love the freedom to create what you feel will further those who need it. Seeing as every story comes from a personal point of view, I feel there's nothing cliché about it. We may all be doing the same things but none of us are working on the same projects and from the same perspective.”

“Through GreenWellbean, a lot of people have started to try a full plant-based diet and one lady in her late 40s, who was a fan of my work from the beginning recently announced she is fully vegan and she doesn't need to take some medication that she was on before, she has lost a lot of weight that she struggled to lose for many years, but most importantly, her battle with food and trying to figure out what to eat is over. The message she wrote to me explaining how I had positively impacted her life is something I will never forget. It makes all the work worth it.”

Ryan abides by holistic health practitioner Ann Wigmore's mantra, "Food can be the greatest form of medicine or the slowest form of poison". She also maintains that if you can't read something on a food label, you shouldn't eat it.

Now that she's branching out into providing beauty-related content for vegans, we had to hit her up for some tips.

"I don't really use many products so I'm just going to advise wax, don't shave. Cut your hair every 8-12 weeks and always always cover your face in the sun," she said.

Whether you're in Canguu or Clare, they are some life tips we can all get down with.