Everything You Need To Know About Going Plant-Based

More and more of us are going plant-based. 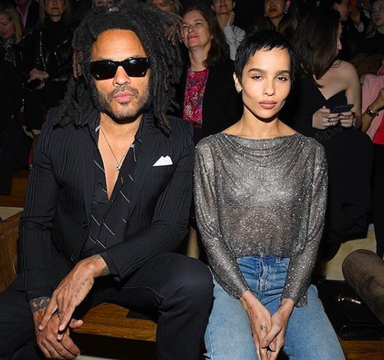 With restaurants, cafés and even bars now catering for vegans, the movement has transcended buzzword status to be a legitimate dietary option. Thinking of getting involved?

The environmental and ethical case for a diet free of all animal products, after all, is compelling.

According to research from the University of Oxford, going vegan is the “single biggest way” to reduce your impact on the planet. But if you are a lifelong carnivore, it is hard to know where to start.

Whether your motivations are animal welfare, environmental impact or personal health goals, there are things you need to know before you make the switch.

1. You will need to consider supplements

Vitamin B12 occurs naturally only in animal foods, so you'll want to stock up on a variety of B12-fortified foods as well as a B12 supplement. B12 keeps the body's nerve and blood cells healthy and helps make DNA, so deficiencies can lead to tiredness, weakness, constipation, loss of appetite, weight loss (the bad kind), nerve problems, and depression.

As well as that, iron comes in two forms: heme and non-heme. Heme, which makes up about 40% of the iron in animal foods, is easily absorbed by the body. Vegan diets contain only non-heme, which is less readily absorbed, so you may need to ingest more iron if you want to get the same benefit.

2. Your protein sources will change

Apprehension around vegan diets tends to hone in on protein availability. The Institute of Medicine recommends that adults get at least 0.8 grams of protein daily for every kilogram of body mass—that's about 54 grams for a 150-pound woman.

Vegan Pesto Pasta by @twospoons.ca  Pesto: 2 cups basil, tightly packed 1/3 cup pine nuts 2 cloves garlic 1 tbsp lemon juice 1 tbsp nutritional yeast 1/4 tsp sea salt 1/3 cup olive oil Pasta 350g pasta noodles of choice (12 oz) pinch sea salt 1. In a food processor with the S-shape blade, add the basil, pine nuts and garlic. Pulse a few times to chop. Then add the lemon juice nutritional yeast and sea salt, pulse again to roughly combine. Turn food processor to a low speed and drizzle in the olive oil. Continue blending together until the mixture is combined, but there is still some texture. Place to the side. 2. Heat a large pot of boiling water and add the pasta noodles and a generous pinch of sea salt. Cook until al-dente (about 7 mins). Strain and add the noodles back to the pot. Pour in the pesto and toss to combine. Transfer to bowls and serve. [Recipe & Photography by @twospoons.ca] #bestofvegan Follow Hannah at @twospoons.ca for even more delicious recipes!

3. It doesn't have to be expensive

Veganism, in principle, should be really cheap. If you are on a limited budget, steer clear of processed foods – or, in fact, any product that says 'vegan' on them. Go back to basics and eat fruit, vegetables, grains, nuts and beans – and you are going to be incredibly healthy, as well as saving money.

4. Planning and preparation is key

Getting the best out of your nutrient sources – magnesium, iodine, calcium, iron and zinc, and fat-soluble vitamin A and E – may involve preparation due to a lack of bioavailability in comparison with those in animal products.

This means their uptake and absorption can be lower so you may need to treat certain foods before eating them. For example, pulses, legumes and grains should be properly soaked and rinsed thoroughly in order to remove the substances that may impair the absorption of certain nutrients.

As for eating at spaces where a vegan option may not be possible, this is where the planning comes in. A good approach for any well-mannered guest is to offer to bring a vegan dish with them. This way, you both contributing and showcasing how good vegan food can be.

If you're eating out, always check the menu and deduce needs from there.

Being vegan doesn’t mean you are on a diet. Try to incorporate some of the gastronomical joys you had in your pre-vegan lifestyle into your current one. If that's biscuits, you'll find that lots of biscuit options in supermarkets are accidentally vegan. Chips are vegan, as are most crisps and breads and a whole range of new desserts.

For those struggling to see the light, check out any vegan food blogger who will show you that a vegan life is not one associated with rabbit food.

Chocolate Tahini Bites  these are pretty perfect and so so easy. They’re great with nut butter too if you prefer but tahini makes them extra special. The recipe is one of the new app recipes for you this month ❤️

6. Veganism may make you happier

Looks like animals won't be the only ones happy with your vegan move.

One reason why is that, compared to vegetarian diets, omnivorous ones contain more arachidonic acid, which can spur neurological changes that drag down mood, according to a 2012 Nutrition Journal study.

And if that doesn't want to make you try more plant-based meals, we're not sure what will. Oh, perhaps that Zoë Kravitz, Lisa Bonet and Lenny Kravitz are all vegan devotees? There you go.

READ MORE: The Secret To A Creamy, Delicious Vegan Milkshake Resides In This Recipe