Scared of Flying? Read This. 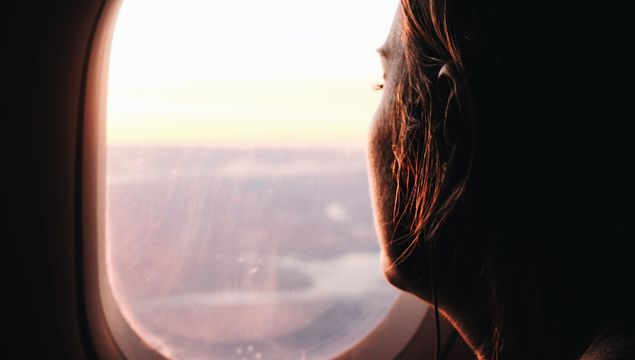 There are certain fears in life you can avoid, like driving over old bridges or committing to a loving, healthy relationship. However, there are others that are incredibly inconvenient to dodge, like flying.

For some - and by some, we mean millions of people - aeroplane travel is the scariest thing there is. For many, the sheer notion of going anywhere near an airport is impossible while others spend the entire flight gripping armrests tight, trying to ease their anxiety.

Typically, clinical phobias like a fear of flying tend to require effective treatment and care through a mental health professional, but there are ways to manage or ease your worries when you're travelling.

So whether it's for business or "pleasure", below are the best ways to overcome your fear of flying...

One of the worst things you can do is avoid your fear. The sooner you accept that your panic is occurring, the sooner you can combat it.

Just like anything else in life, trying to run from the problem only makes it worse. Acknowledge your emotions and note that although it won't be easy, you can and will get through it.

Get A Weighted Blanket

Once you get on the plane, you can try and relieve your anxiety in a number of ways, but what works for most the help of a weighted blanket.

Typically used to help those on the autism spectrum to keep calm, they're now being used for anxiety-and-sleep related issues, too. Weight blankets work by providing a firm, deep stimulation, and “stimulates the release of neurotransmitters and affect nervous system activity in ways that decrease overarousal and anxiety”.

Although a weighted blanket isn't exactly travel-friendly (some can weigh up to 10kg) there are brands creating a 'To-Go' blanket that you can take on board a plane.

While it may seem a bit extreme, so could your phobia. Fear of flying is all in the mind so what not try and reset your thinking?

When you are in a relaxed state as you are in hypnosis, your conscious thinking mind can settle down and take a back seat allowing your subconscious subjective mind to become open and receptive to positive suggestion.

The subconscious mind doesn’t differentiate between a real event and an imagined one, so by visualising the event going beautifully, calmly and smoothly, the subconscious mind can rewrite the script, reprogramming and modifying the old response pattern.

Look At The Facts

Typically a fear of flying exists because of the belief that air travel is unsafe. However, when you ask yourself how safe is flying really is, you'll begin to notice there isn't much to be afraid of. As this BBC article says, today’s aircrafts are some of the safest ever created. But that probably doesn’t help - so check out the facts.

The Aviation Safety Network say there’s now a one in 45 million flight death-risk in America - meaning statistically, you could expect to fly every day for 123,000 years before there’s even a likelihood you’ll die. Safety statistics by airline association IATA show that in 2015 more than 3.5 billion people flew on commercial aircraft, during which time there were only 68 accidents.

And The World Health Organisation says that there were 1.25 million road traffic deaths globally in 2013 - overall, car travel is about 100 times deadlier than flying, and you rarely see people worried about driving a car.

As Ariana Grande so aptly put it, 'just keep breathin'. But in all seriousness, becoming aware of your breathing can be extremely helpful and soothing for when fear strikes.

You can try diaphragmatic breathing, which involves contracting the diaphragm, breathing in air through your nose and into the stomach, allowing your stomach to expand instead of your chest.

By focusing on deep diaphragmatic breathing, you can learn how to put your body back into it’s natural ‘rest and digest’ mode, stimulating the production of endorphins, dopamine, serotonin and oxytocin, your body’s natural feel-good state. This exercise takes you from anxious to calm in a matter of minutes.

READ: From Munich To Mayo: 6 Last Minute Holiday Destinations You Can Still Book In Time For Summer

READ MORE: 6 Places To Visit In France That Aren't Paris