Is Now The Time To Buy? What Housing Experts Make Of First-Time Buying Post COVID-19

Just when we started to herald the return of the first-time buyer, the goalposts have been widened further by way of a recession. 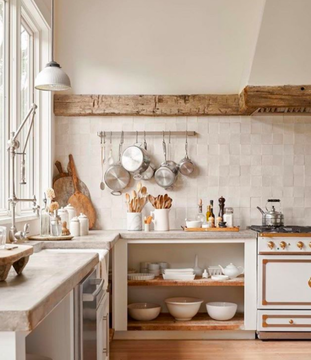 While uncertain times may spur a desire for the stability of homeownership – might this be possible in a post-COVID-19 world?

Housing – and access to housing – has been recognised by the United Nations as a human right. Housing is also a commodity and represents an asset as well as a vehicle for financial investment.

Since the late 1970s, housing policies worldwide have meant a move towards market-dominated systems operating on supply and demand. But while the demand for housing is predicted by the ability to pay, the need for housing is not.

We asked three experts what COVID-19 may mean for the future of millennial homebuyers.

“I think the first thing that has to be said is that it will be complicated. The initial phase of COVID-19 in Ireland saw a lot of migrant workers move home or make plans to go home which will have an impact on the rental market. Universities also largely reliant on foreign students will also struggle meaning there will be a big drop in demand for rental accommodation. As a result of that, we will probably see rental prices drop across the country. The concerning thing about this will be that financing for development will dry up.

“In the medium term, there will be another bottleneck of supply of housing, which is something we saw happen some years ago. In the last recession, everything stopped happening in the construction industry which resulted in a massive increase in the cost of housing, renting becoming much more profitable and a huge amount of foreign investors becoming interested in Irish property. We've seen where that has brought us and we need to avoid that.

“I’m expecting there to be a recession and a large global recession. The way we’ve dealt with that before is to export our excess youth, but that’s not likely to happen this time as a result of travel restrictions and the international impact of COVID-19. Our young people will be stuck in Ireland, which could add more to an already inflated market.

“Chambers Ireland is currently looking at two things: the renovating of vacant properties in Dublin (which proves to be much more sustainable in terms of C02 production than new builds) and a town centre revival, where we can promote living outside of cities to first-time buyers. We’re hoping to create something called the ‘15 minute neighbourhood’ in which there ought to be everything you need in about fifteen minutes from your home. This benefit – if paired with the remote working argument strengthened by the pandemic – is widespread; less time in the car, employers can save on rent, money goes into the local economy etc.

“I imagine the fallback from COVID-19 will encourage people to perhaps purchase outside of city hubs and avoid rush hour traffic which would also free up space in the city centre. However, this would mean that we need a transport network to facilitate this if someone does need to be in their office for a weekly meeting.”

“The first thing is important to get the facts right as a number of reports I’ve read have been less than accurate.

“The vast majority of short term lettings that have been uploaded onto rental sites haven't come into the long term letting market – their owners – most of whom are commercial short term letting landlords with several properties – are just waiting to see what disruption will happen to the tourism industry in the long term. However, the properties that have been uploaded are only a small percentage of properties available; they make up hundreds of some 9,000 listings available in Dublin at any time.

“For any young person looking to buy/rent, the situation hasn't improved, in fact for many of those young people – especially those benefiting from the COVID-19 wage subsidy – will be aware that their mortgage approval has been paused or even withdrawn at this moment in time. The Economic and Social Research Institute (ESRI) produced a paper recently which showed that the vast majority of those who lost their jobs as a result of COVID-19 are under 35, renters and involved in the sectors disproportionately affected by the pandemic; leisure, housing, tourism. Banks are currently unwilling to lend to those receiving the wage subsidy scheme even if their income is the same, meaning that we’re in a very precarious time for those considering buying.

“On the upside, housing and rental prices are going to fall. We don’t know when just yet, but indicators from the last recession suggest it will happen. However, the COVID-19 economic disruption is short-term in comparison to the 2008 crash, meaning that price drops may not stay put.

“For young people who are buying or renting now, there are not a lot of positives unless the government does two things; firstly we are going to need to see some kind of rent arrears scheme on the other side of COVID-19. Presently, there is a ban on rent increases and that will likely continue, but we cannot have young renters left carrying the full burden of rent arrears debts, so some of them will have to be subsequently written off.

“The second thing is that the government has to dramatically increase investment in the affordable rental market. Our rental market is too volatile. We need more good quality apartments with good amenities (built in line with climate change standards).

“There are a bunch of really exciting things we can do in urban centres, as exemplified by other European countries. Sometimes a crisis is a good way to shift a system. Now is a time to change. What the government needs to do is to implement new schemes which would allow for social housing and affordable rental schemes such as other European countries in the new Budget in October.”

“Well, I suppose it's very uncertain to predict as we haven't been here before. It’s hard to predict what will happen in a recession anyway but it’s even harder now.

"The way I see it is there have been three massive shocks on the housing front; firstly a supply shock as a lot of sites have stopped and if they do resume, they’ll be disrupted by way of a lack of funding that prospective owners thought they would have. Secondly, there’s a demand shock with so many people out of work. People may have thought they’d have the capacity to pay rents or mortgages mightn’t be able to now. Thirdly, a finance shock will continue to see banks pulling back on lending or mortgage approvals, possibly even for those who have already paid deposits.

“Between supply, demand and finance we’re witnessing a fairly big impact on every side, really. I think we can certainly expect less supply on new builds this year and the new build market wasn't really going great anyway because people couldn’t afford it.

“In the short term, there will be a lot more rental availability as foreign students may not be willing to travel and migrants return home. I think it’s too early to say what the impact will be, but estimates are saying that there are up to 10,000 tourist lets available in the city – to put that into perspective, that's how many new builds we’ve seen in Dublin over the past three years.

"So, that could be a reason why rents in Dublin have become so unaffordable, and high prices were causing so much housing distress putting pressure on wages and government finances.

“I can only imagine and hope that this would mean a drop in the rental and house prices that were choking the economy. We’ll know more later in the summer, but the cost of housing in Irish cities had to come down, perhaps the drop will be harder and sooner than anyone expected.”

READ MORE: Primary Schools Are Planning To Reopen In August

READ MORE: How To Create A Gallery Wall, According To An Interior Designer