Expect to see this vegetable everywhere in 2020. 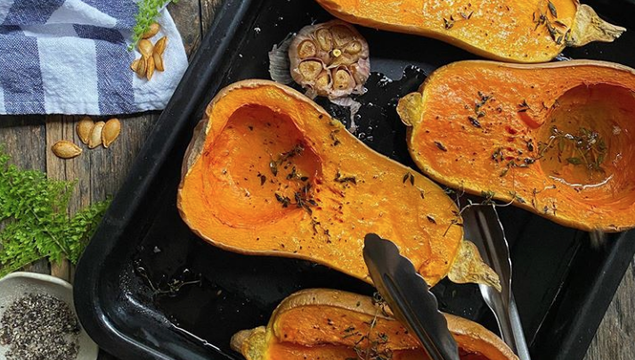 First it was kale, then it was cauliflower, but this year, it looks like butternut squash will be everyone's favourite vegetable.

We reported late last year that cauliflower, the beloved vegetable that is supposedly able to easily replace bread, rice and pizza crust whenever required, had been seen in vegan milkshakes. This signalled to us that the cauliflower renaissance had peaked, so we started to look for a new super vegetable, one that we thought would become as popular and versatile as cauliflower.

Squash has been hot on cauliflower's heels over the past few years, becoming a viable replacement for spaghetti when spiralised or shredded. Now, we've started to see orange-hued pizza crusts cropping up on shelves in the States, along with butternut squash crisps, crackers and pretzels. As well as this, a quick search on Instagram or Pinterest for squash will highlight a multitude of different recipes it can be used in, including brownies, bread, mac and cheese, lasagne and more.

What to expect from squash this year

When cauliflower started to gain traction as the new kale – that is, it became the new it vegetable – we saw bloggers experiment with the vegetable, resulting in some serious love for cauliflower 'rice', so we expect that squash 'noodles' will become infinitely cool this year.

After that, we think that we'll start to see squash in lots more sweet dishes, so cakes, cookies and caramelised as part of plated desserts – we think it would work very well with some brown sugar meringue, caramelised pecans and cinnamon ice cream.

For now, however, if you want to get ahead of the curve and start including more squash in your diet, we have lots of recipes to inspire you. Some of our favourites include:

READ: Our Cheesy Galentine's Event Is Nearly Here – This Is Everything You Need To Know