Periods, Orgasms and The Olympics: The Secret Benefits Of Menstruation When It Comes To Sport

Could our periods actually be more of a benefit than previously thought? 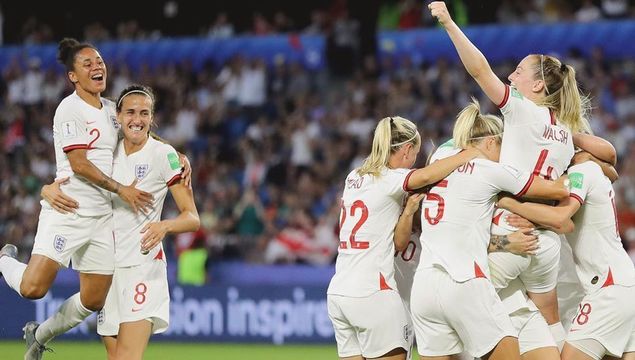 The major differences between male and female anatomy – a topic presently debated at length in the sporting arena – are hugely worthy of consideration.

As the Republic of Ireland Women's National Team valiantly continued an unbeaten run through the European Championships until an untimely loss against the Netherlands, the worrying gender play gap began, once again, to rise to the forefront, against the backdrop of those who defied the status quo.

But as women’s sport finally comes to the fore – Ireland's Women's Hockey Team sensationally rewrote the script of the 2018 World Cup as well as Katie Taylor officially solidifying herself as Ireland's Greatest Boxer – is it time we took the oft-crippling menstrual influence on female athletic performance into account?

In Grecian times, Plato believed that PMS-related hysteria was caused by a mourning womb.

The barren uterus – which was deemed to be bereft when without child – was, according to his contemporaries, flooded with grief which then caused it to move about the body and become trapped.

This belief was respected well into the 19th Century when the disorder was famously treated by bringing women to orgasm with early vibrators.

The notion that a women's biology manipulates her psyche has been drip-fed so diligently since the Classical Period (no pun intended) that even today's world will deem a woman too emotional to run for a position of power.

As it happens, this stance isn't entirely unfolded. Many women do experience a spike in anxiety and irritability during menstruation and it’s true that we’re more motivated by sex around the time an egg is released – but is it fair to blame the adverse effects of hormones for a participational nosedive in sport for pubescent girls?

Women boast an unrelenting reluctance to complain, something that can possibly be attributed to an overreliance on a body that experiences pain on a regular basis (menstrual cramps, heels, abuse).

It is this defiance, however, that can ultimately be downfall-adjacent.

Chinese relay swimmer Fu Yuanhui made international headlines when she explained to an interviewer following her team’s fourth-place spot at the Rio 2016 Olympics: “I don’t think I performed very well today. It’s because my period came yesterday, so I felt particularly tired – but this isn’t an excuse. I still didn’t swim well enough.”

Tennis fans will also recall Heather Watson’s pained defeat in the first round of the 2015 Australian Open. Watson was forced to forfeit and seek medical attention when dizziness, nausea and low energy levels were brought on by her period.

However, it is important to mention here that the barriers to women's involvement in sports are both numerous and complex.

The physical activity gap between boys and girls begins early. A report from Sport England found that girls aged 3–11 years experienced less enjoyment from physical activity and less confidence in their sporting ability than boys as they got older.

By the age of 14, girls withdraw from playing sport twice as fast as boys, according to the Women’s Sports Foundation.

Research also shows that girls’ participation in sport nosedives after the onset of puberty. Fewer than 10% of girls aged 13 to 16 meet government guidelines for physical activity, while 64% will stop playing sport completely by the age of 18.

Women in Sport – a charity founded in 1984 that encourages women to reap the benefits of sporting activity in the same way as men – reports that 42 per cent of girls do not exercise when they are on their period.

But, as it becomes less of a taboo, that may change.

Research into this is minimal, at best, but the small amount we can extricate from it is that menstrual byproducts aren't always bad.

As it happens, women are more adept at certain skills, such as spatial awareness – a trait men usually tend to be better at – after their period. Three weeks after, they are significantly better communicators – and, oddly, particularly good at telling when others are feeling fearful.

Finally, for part of their cycles, their brains are actually bigger.

Manipulating monthly shedding to their advantage is that of The Lionesses', the English women's football team.

According to manager Phil Neville and new physical performance manager Dawn Scott, the team has begun a "bespoke" approach to training around their menstrual cycles.

According to Neville, the move has "made a big impact already".

"We have to tailor our philosophies, profiles, the way we test, strength and condition," he said.

Last week, Chelsea manager Emma Hayes also revealed they have been designing players’ individual plans around the phases of their menstrual cycle since August in an attempt to help control weight fluctuations that can occur around that of the month.

According to research sought out by the club, training during times not controlled by hormones lower the chance of soft tissue injuries and even potentially decrease the rick of anterior cruciate ligament injuries.

Education has to be available to everyone to ensure progress as the lack of knowledge isn’t limited to the athlete themselves but extends to their team. Openness and honesty are crucial, too.

As part of her mission to help girls and women to remain active and perform at their best throughout the month, Dr Georgie Bruinvels has now developed a free app, FitrWoman.

As well as informing the training programmes of elite athletes, this new research into how to optimise training, diet and lifestyle around menstruation could help all women to make more positive lifestyle choices – from the PE-averse teenage girl or occasional gym-goer to the weekly park runner.

Research undertaken by Bruinvels' app has found that 50 per cent of 1,000 elite athletes don’t tell their coach about their periods, despite the coach being instructive in the athlete’s training and nutrition, which are both impacted by menstrual activity.

Further research revealed that 82 per cent of 14,000 female athletes in the UK and Ireland didn’t receive any education about periods and exercise.

The answer to this is simple – Education: The Great Equaliser strikes again.

For those interested in learning more about managing your period – both kind and detrimental side effects – check out Women In Sport or FitrWoman.

And for those looking to put your partially enormous brain to good use by way of providing an answer to the gender play gap, check @sportingireland on Twitter for more.

READ MORE: Will The Contraceptive Pill Cure Your Adult Acne? We Asked An Expert

READ MORE: Debunking Myths: The Hymen – No, It Does Not Break