This is the first baby for both Hadid and Malik 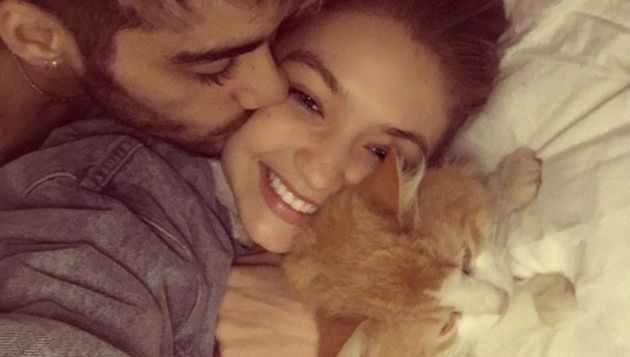 It appears congratulations are in order...

On Tuesday morning, TMZ reported that Hadid is five months pregnant. What's more, an insider also confirmed the news to Entertainment Tonight, saying both Hadid and Malik's families are "overjoyed" by the news.

"Gigi and Zayn are expecting their first child together and the couple is very excited!" the source told ET. "Gigi has kept the secret close to her family and friends for a while as she’s only a few months along. Once Gigi and Zayn got back together at the end of last year it was like they never skipped a beat and knew what they had was special. The couple and their families are overjoyed."

You're naturally bound to have a lot of questions, so here is everything we know about Gigi Hadid and Zayn Malik's pregnancy so far...

FIRST THINGS FIRST, IS IT TRUE?

Gigi Hadid has personally confirmed reports she's expecting her first child with Zayn Malik. The model appeared on the Tonight Show with Jimmy Fallon remotely and told the host that yes, she's pregnant when he congratulated her.

"Thank you so much!" she said. "Obviously, you know, we wish we could’ve announced it on our own terms, but we’re very excited and happy and grateful for everyone’s well wishes and support so..."

"I’m trying [to be present for every part of it]," she continued. "Especially during this time, it’s a nice silver lining to be able to be home and together and really experience it."

Gigi's interview comes just hours after her mother Yolanda Hadid who confirmed the good news yesterday evening, saying that while she was 'shocked our little secret got leaked to the press,' she is very 'excited'.

HOW LONG HAVE GIGI AND ZAYN BEEN DATING?

The extremely private couple have been in an on-and-off relationship since 2015. However, after a few years of 'are they on or off?' twists and turns, they broke the internet's heart when they broke up in March 2018 before getting back together in the summer that year before ending things again in January 2019. The good news is that Hadid recently confirmed their reunion with a sweet Instagram post late last year.

when is Gigi due?

According to TMZ, the 25-year-old model is 20 weeks pregnant — meaning she is halfway through her pregnancy and therefore likely to be due in August or September.

ARE GIGI AND ZAYN TOGETHER NOW?

The model and former One Direction star are isolating together at Gigi's family's Pennsylvania farm alongside her 23-year-old model sister Bella. In fact, Gigi shared shots of herself celebrating her 25th birthday with Malik and her family on her Instagram over the weekend.

ARE THEY HAVING A BOY OR GIRL?

According to an Entertainment Tonight source, Gigi is pregnant with a girl and she and Zayn literally could not be any more excited. The two are “over the moon” with this info, but “at the end of the day, it didn’t matter to the couple what the sex was, but now they can prepare for the new addition before she arrives,”

Earlier this week, fans were convinced that Gigi’s 25th birthday party doubled as a baby shower. What's more, they even went so far to believe it was a gender reveal party. One eagle-eyed fan took a closer look at her birthday party pictures and spotted pink and blue strings on her balloons. However, in one picture of Zayn with his arms around Gigi, the supermodel is clutching a balloon with blue strings so fans are now adamant they’re expecting a baby boy. Yeah…the stans aren’t always right.

Turns out it was Gigi's sister who gave away the secret she posted a picture of the gift bags at the party, which consisted of pink presents overspilling with matching tissue paper. She also posted a photo of a gift bag with the message ‘hello little one’, but had covered the text with a large sunflower emoji. 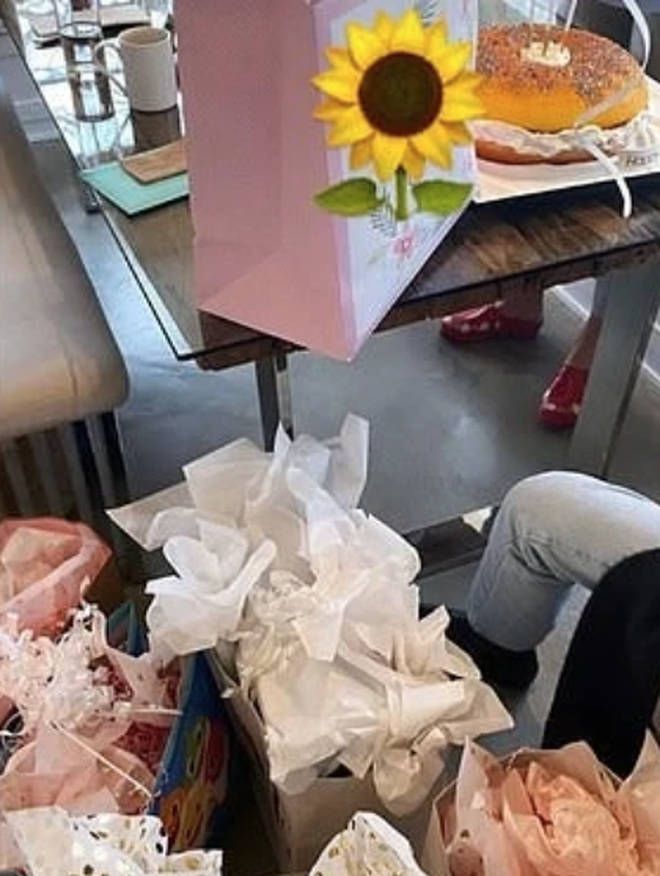 While we await confirmation from the pair on their pregnancy, we'll continue to scroll through Gigi's 'secret' Instagram page where she posts pictures taken on her disposable camera.

READ: Why The Internet Thinks One Direction Are Reuniting

READ MORE: A Rare Interview With Meghan Markle About Her Latest Passion Project