Confessions Of A Guilty Vegan... 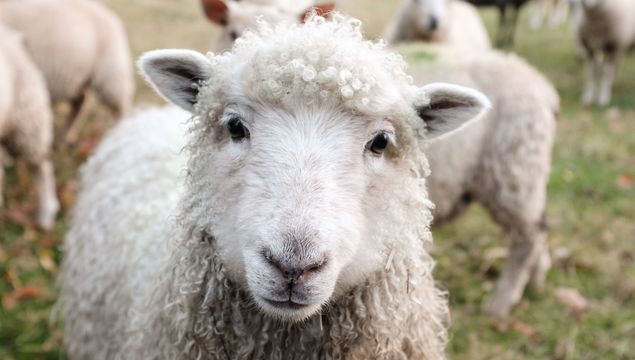 After 3 years of passing by the pastries, I finally shoved a chocolate croissant into a paper bag...

And dived from the checkout to my car before I was spotted by anyone I might know. I would love to say that was the only time I wavered on my vegan resolve, but it didn’t stop there.

Like most, I have always had a special grá for animals. But I was also of the schooling that no diet was complete without protein from meat, calcium from milk, and, well the deliciousness of cheese and chocolate in croissants.

A stint abroad, living in Freiburg – a German city famous for its commitment to the environment - totally changed my perceptions on diets. Most of my friends were veggie and my narrow view of what a complete meal should consist of broadened.

That said, my vegan journey actually began the moment I closed my laptop after watching Cowspiracy. I emptied my fridge of all the animal products I had left and called my mum to break the news. The #BTS footage of how animals were treated in the name of the food that ends up in our hands and mouths succeeded in bridging the gap I had had in my perception of animal and food.

I could no longer see them as separate things and of course, I don’t want to kill an animal in front of me to eat it, so why pay someone else to do it?

The amount of water used to produce 1lb. of #beef vary greatly from 442 - 8000 gallons. We choose to use the widely cited conservative number of 2,500 gallons per pound of US beef from Dr. George Borgstrom, Chairman of Food Science and Human Nutrition Dept of College of Agriculture and Natural Resources, Michigan State University. Got #Drought? Get #COWSPIRACY

It wasn’t just the saddening animal facts which shocked me, it was also the scale of the environmental damage caused by the animal agriculture industry which was a bitter pill to swallow.

The amount of water it takes for one burger was something I couldn’t get over. This fact somehow isn't much talked about back home, yet it's been hammered into me to turn your tap off between rinsing your toothbrush to save water. Sorry, I think we have bigger fish to fry here. Sheesh - even our language is savage.

Anyway, back to me going vegan; it wasn’t as difficult as you’d imagine. After some further research, it just seemed logical. "How could I have not seen this sooner? Of course, being vegan is the only way!" I thought to myself.

I had more energy, my skin was better, and my immune system became stronger. I also felt psychological relief, too. I didn’t have any more underlying guilt about what was in the products I was paying for and who had to be harmed to get them. Having a boyfriend who aligned with my own views certainly helped too - I never had to explain myself to him or feel bad for being ‘awkward’. We were in this together and were fully committed.

Until were we weren’t. Once we'd stopped travelling and returned home, our concerns slowly became less altruistic and more about beating the traffic in the morning or getting assignments done on time. I quickly became too tired to prepare lunches for work and dinners for college.

Sure, there were vegan options I could go for when eating on the go, but my eating became less mindful and I, less empathetic. My boyfriend became my ex and I was being told to be good to myself... which I took as meaning giving in to my every whim and desire.

"Oh, how did I ever have cheese-less pizza without even a garlic dip?!"

"Oh, I don’t want to be awkward, tell your mum I’ll just have the fish."

On the surface, I joke about it and interject when people still refer to me as vegan, 'vegan on good days!' laughing, 'today's not a good day.' (Today is also not a good day; I’m editing this just after finishing a tuna-mayo sandwich.)

But in reality, I don’t find it so funny. I want to be more prepared so I'm not forced to resort to animal sandwiches because I can’t bear one more bite of falafel.

S Is For Sustainability

The key to the maintenance of any lifestyle change is sustainability. When I first went vegan my life looked completely different. I was blissfully searching through Happy Cow in a different city every few months to find which new veggie restaurant to try out.

Minus stressful work, friends, family and college, just me and my hemp-clad boyfriend living out our vegan dream. I am not currently a vegan, but I have good intentions.

I need to accept what I am not and start the journey anew and make small changes that will last and not be tied to an ideal. Being vegan still makes sense to me, and I will always champion it.

Being sustainable means acknowledging that resources are not limitless and your time, energy and motivation are all limited resources.

So with that, I plan on doing a detailed audit of my life's major time-sucks and deciding what adjustments I can make to ensure the choices I make are aligned with my values. Once I know I am doing my best to eat clean and green, the guilt will wane.

This month at Irish Tatler,  our editorial team are each taking on a challenge to highlight the little changes we can all make to make a difference. I'm letting someone else take the vegan-mantle, but I am going plastic-free.

You can read more about me and the team's endeavours here.

Read more: The Lazy-Girl's Guide To A More Sustainable Wardrobe