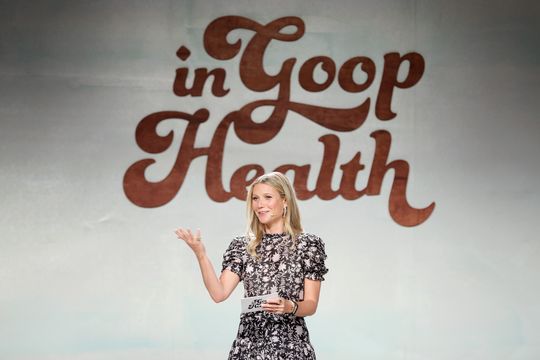 The Goop magazine will be paused while the Netflix series takes off.

Goop – the wellness lifestyle brand founded a decade ago by Oscar-winner Gwyneth Paltrow – is expanding into video creation as the brand aims to produce a new docu-series with Netflix later this year.

According to Variety, the streaming series will drop sometimes in Autumn 2019 and consist of 30-minute episodes hosted by the site’s editors, chief content officer Elise Loehnen and Paltrow. The team will utilise experts, doctors, and researchers to examine issues relating to physical and spiritual wellness.

"We were speaking to the platform question, and where our people are. They're watching Netflix. Some of the more strategic, bigger stories we want to tell require a TV budget. Obviously, there's no better partner in that," Loehnen told Variety about the new deal.

The brand also plans to break the podcast mould with a new scheduled partnership with Delta Airlines, and a slew of programming centred around beauty, food, and books.

Launched in September 2008, Paltrow created Goop to organise her 'unbiased travel recommendations, health-centric recipes, and shopping discoveries for friends, and also as a place to get her own questions—about health, fitness, and the psyche—answered.'

By 2017, the wellness juggernaut employed about 90 and begun attracting criticism for promoting and selling products and treatments that have no scientific basis and are recognised by the medical establishment as harmful or as misleading.

Despite these controversies, Goop has continued to grow thanks to Paltrow’s star power and a growing interest in alternative health products. Its newsletter claimed 8 million subscribers as of last year and its wellness events always sell out.

In addition, the UK will see its first Goop summit this year, in addition to returning to New York and Los Angeles. Past guest speakers at the conference include Drew Barrymore, Elaine Welteroth, Meg Ryan, and Miranda Kerr.

READ MORE: 'LOOP' Is The Waste-Free Shopping Platform We Should All Get On Board With