Herstory: The Irish Festival Celebrating The Women Who Didn't Make It Into History Books 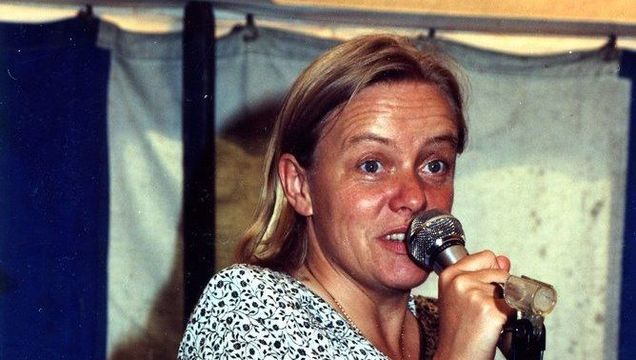 Founded in 2016, Herstory’s mission is to give the public authentic female role models and a game-changing egalitarian education programme.

A compassionate, feminist movement, Herstory wants to inspire countries around the world to start their own Herstory movements.

Founded in 2016 by Melanie Lynch, Herstory’s mission is to give the public authentic female role models and a game-changing education programme, inspiring countries around the world to start their own Herstory movements.

"Herstory 20/20 is about seeing the complete picture, in order to rewrite the future," Lynch commented.

"The reality is women's successes and struggles have been lost in the shadows for too long, resulting in global inequality and a regression of women's rights. That's why we are harnessing the alchemical power of light: to highlight authentic women’s stories, spotlight inequality, and create new visions for a World of Equals.’’

While the festival has been running since September, its final crescendo comes by way of St Bridget's Day – founders are even looking into making the day a national holiday – as a number of student-created portraits of Irish heroines will be illuminated on buildings across Ireland during the Herstory Light Festival on the weekend of Brigid’s Day 2020.

Lynch continued with an explanation of the Herstory campaign to establish Brigid’s Day as a national holiday:

“It's time to write a new story of equality and inclusion, by celebrating Brigid, matron Saint and triple goddess, equally to Ireland's patron St Patrick. Making Brigid’s Day a national holiday would be a real reflection of today’s Ireland, sending a strong egalitarian message to the world.”

Back in August, we sat down with Ellie Kisyombe to interview her for our website. For those of you who don’t know, Ellie came to Ireland about ten years ago & spent time in Direct Provision as an asylum seeker before setting up Our Table, a non-profit which helps refugees and asylum seekers gain skills & employment. She & Our Table fights to end the harmful system of DP through the celebration of food & culture. It was at this interview that we came up with the idea of the Melting Pot gatherings - inviting people from all cultures to come together on Nollaig na mBan to share food, stories, music & our common humanity. We reached out to various people with this idea & Irish chefs Peaches & Domini Kemp, along with Irish Times columnist, Roisin Ingle, came back to us, eager to collaborate on this special event. Last night at The Commons restaurant in the new Museum of Literature, they & Ellie pulled together a wonderful, sold-out event to which women from the Mosney Direct Provision centre were invited, & together over 50 women from different backgrounds & different cultures, broke bread with one another. We listened as Precious told the room that being in DP - people are immediately labelled and seen first and foremost as ‘from Mosney’ rather than for their individuality. The children going to school are almost immediately grouped together as ‘from Mosney’ rather than being welcomed as just children attending school like every other child in the country. She said that being invited to just a simple coffee morning with people from their new communities would mean the world to women living in Direct Provision. We are very grateful to all who hosted Melting Pot gatherings around the country yesterday (and in Sweden!) - and hopefully this is the beginning of our collective celebration of our new multi-cultural Ireland. What a lot of people don’t realise is that people living in DP are allowed out of the centres to attend these types of gatherings, so please invite them! You can find out more about the Melting Pot gatherings, and how to contact Direct Provision centres here: https://www.herstory.ie/melting-pot #MeltingPot #Nollaignamban #enddirectprovision

The light festival takes place over the weekend of Friday, 31 January – Monday, 3 February in honour of Ireland’s triple goddess and matron Saint.

The event – which includes international events in London, Stockholm and Vancouver – will be marked with a series of illuminations projected onto public buildings around the country, along with a fantastic array of story-telling events, guided walks and artistic performances.

In an attempt to honour women as a whole during the event, 7pm on Saturday, 1 February will see the interior courtyard in Collins Barracks lit up with images of transgender and non-binary femme-identifying people as part of The EveryWoman Project by the Stairlings Collective.

The project is designed by young trans women to create a positive representation of trans people, to inspire confidence in others and to develop relationships with other members of their community.

The Every Woman project seeks out trans women and non-binary femme folk of any age who are also comfortable with the label woman for a photography project. Our goals include demonstrating a positive representation of trans people, inspiring confidence and developing relationships with other members of our community. Specifically, we would like to create a project that could be included in the International Herstory Light Festival which celebrates women and equality. You can see we've taken our project title from once specific theme of the festival if you follow this link https://www.herstory.ie/2019themes. If you would like to get involved we will arrange a photo shoot with you somewhere that you feel especially comfortable and where you can represent yourself as you want. If you have any further questions please don't hesitate to get in touch with us via email at [email protected]

A post shared by The Stairlings Collective (@thestairlingscollective) on Nov 25, 2019 at 1:16am PST

In tandem with the 2020 Herstory Light Festival, associated partner RTÉ will create a digital educational resource for schools on RTÉ Culture as well as a six-part documentary series telling the stories of six of Ireland’s most remarkable female pioneers begins on RTÉ One.

For more information on the Herstory 20/20 platform, sign up for their newsletter and follow the action on social media by clicking on the #Herstory hashtag.