Máire Carroll Is Pushing The Boundaries Of Classical Music 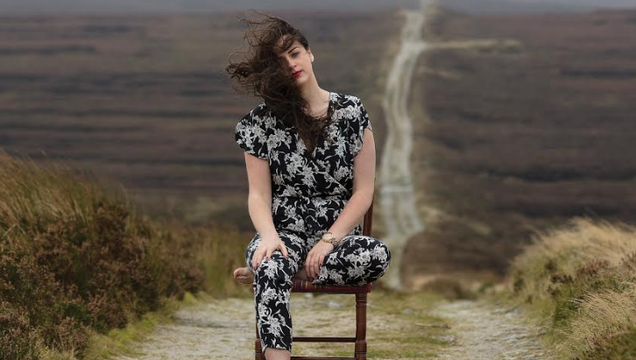 From the outside, you wouldn't think that Máire Carroll was at the helm of a musical empire.

Modest, gracious and polite, the international concert pianist – who began playing at the ripe old age of three – boasts a plethora of awards and performative experiences most would kill for.

She is the recipient of the Jim McNaughton/TileStyle Bursary for Artists (Allianz Business to Arts Awards, 2015) and the 2012 winner of the Royal Dublin Society (RDS) Music Bursary, the first and only pianist to have won such awards.

Having played Wigmore Hall, the Barbican and Carnegie Hall among others, what else could this young virtuoso have on their mind?

Last year, Carroll launched Hidden Pianos – in her words "an intimate performance experience, bringing the piano to places that are often forgotten" – in the Old Graving Dock Pumphouse at Dublin Port Centre to a select few.

Now, she's looking to do more.

"Hidden Pianos is all about breaking barriers and having the audience up close and personal," Carroll tells Irish Tatler.

"I love introducing each piece and interacting with the audience throughout the concert. That is a very important part of Hidden Pianos. Another favourite aspect of the series is that I compose a piece inspired by each unique location."

She released her debut solo album ROADS back in 2018 of which the thought process behind it "was a long time in the making."

The album is a celebration of the various different paths she has travelled on her musical journey so far and it is an eclectic mix of classical piano pieces, film music and rhythmical and jazz-influenced tracks.

"I wanted to find a way to connect this music with audiences and to give people a new experience in an intimate, unique way. In many ways, ROADS was probably the beginning of Hidden Pianos."

Having performed all over the world, you'd be forgiven for thinking that each of the dozens of performances Máire has given have melted into one. But no, two productions stand out in her mind as her favourites.

"The first was a few years ago and l was performing in Kiev with The National Symphony Orchestra of Ukraine.

"I had only about six weeks to learn a very technically demanding piece of music, Rachmaninoff Piano Concerto No.2. While l was incredibly excited at the idea of performing it with the orchestra in Kiev, l would be lying if I said it didn't cause me quite a bit of stress!

"That being said it was too good an opportunity to turn down so l did it and spent hours and hours perfecting the piece. Looking back now it's not that it was the best performance I've ever given, but it was one of the most valuable performances because it gave me the confidence to work harder and push myself and knowing (albeit afterwards) that l was capable of doing it.

"Another highlight has to be performing 'Bohemian Rhapsody' at Accenture Ireland 'International Women's Day' at the Convention Centre in Dublin in 2017. It was incredible and very empowering to be a part of such a wonderful line up of women who represent Ireland both at home and abroad."

So, what's next for the busiest woman in music?

Carroll's next performance – the third instalment of the Hidden Pianos series, Between Hallways – takes place in the beautiful surrounds of Dublin’s recently restored 14 Henrietta Street on 6 April.

The eclectic programme curated for the event will include music familiar to families living in Dublin tenements at the time, a piece by Irish composer John Field who was born in Dublin in 1782, tracks from her debut album ROADS, 'The Harmonious Blacksmith' by George Handel who travelled to Dublin in 1741, dazzling pieces by Academy Award winner Philip Glass and much more.

Amongst the Raddle Red and Reckitts Blue painted hallways, Máire will revisit Dublin’s tenement past through music and storytelling. For those keen to join her, tickets can be bought here.

READ MORE: The Powerhouse Of Women Behind One Of The World's Leading Festivals