As we move into September, summer may be ending but the Hot Girls will live on – we asked our esteemed colleagues what were the Hot Girl Summer-adjacent activity they got up to this summer.
Irish Tatler Staff 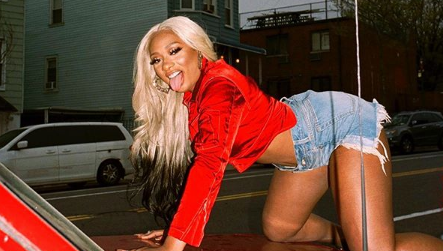 In case you hadn’t heard, we have all just lived through rapper Megan Thee Stallion's Hot Girl Summer.

A hugely understood saying, the concept is essentially living life to the fullest with a commitment to putting oneself first.

As Megan herself told us all, the gist is, “being unapologetically you, having fun, being confident, living your truth.” Simple.

We asked the Irish Tatler team what the most Hot Girl Summer thing they got up to in recent times and how they've out themselves first in a world that can sometimes feel stacked up against them.

Names are being kept anonymous, due to the fact that we still want jobs after this is published.

I wish I had some scandalous story from summers past where I was worthy of a #hotgirlsummer but my tale involves nugs - and lot's of them.

It was the wee hours of the morning after I had one too many tequila shots when the inevitable post-night-out hunger kicked in. I sat in the back of a taxi and rather than have the driver bring me straight home, I decided to take a little detour to the "Golden Arches" as my drunk self calls it. The new spicy chicken nuggets had just launched in-store and there was no longer any question as to what I might order.

But suddenly as I went to click 'that's all' on my nine spicy chicken nuggets, large chips and a diet coke (for balance), I had the fear that perhaps these spicy chicken nuggets would be in fact too spicy for me. So I did what any rational person would do and added 20 plain chicken nuggets to my order. It is the true highlight of my Summer and although I ate said nuggets whilst crying over the news that Miley Cyrus and Liam Hemsworth had split - the thing about #hotgirlsummer is it's about being unapologetically yourself and if eating 29 chicken nuggets and chips while mourning a celebrity breakup is not me being unapologetically me, then I don't know what is.

Following a bad break-up, I decided to enter the realms of online dating, leading me to eventually going on some three dates in one week. None of them was the love of my life, but it definitely got me over the hump. I also managed to eat pretty well that week! (Even though I lived on toast for a fortnight afterwards).

While on holiday in the depths of the countryside this summer, my friends and I were having a few drinks. Everything started out very chill, but then we began playing games and by around midnight, one thing had led to another and someone suggested skinny dipping at the beach beside where we staying. I was adamant that I was not taking part (body image issues, yay!), so I changed into some shorts and headed down with the rest of my pals, determined that my clothes were staying on and all I would be doing was dipping my toes in the Irish Sea. However, on the ten-minute walk down to the beach, I started to wonder why I was letting my own brain get in the way of having a good time. By the time we got to the shore, I was still planning to stay fully clothed, but once my friends all started to strip, I suddenly thought why not? I stripped down and ran into the (very cold) sea with my friends. I never thought I would ever ever EVER skinny dip because of how I feel about my body, but at that moment, I couldn't think of a good reason not to, so I surprised myself and joined in. It was so liberating, super fun and, surprisingly, made us all feel a little closer to each other. While I wouldn't do it again and worry that someone might have seen my bits (!), it was a great experience and I'm glad I did it.

Lost my friends and kissed a stranger at Electric Picnic before running off to find more fun.

Became obsessed with a beautiful guy I worked with and found out he was crazy about me too! Fast forward a few months: we'd ditched our toxic, manipulative partners, got together and are now blissfully happy and forever living our best lives with no fucks given.

READ MORE: Why Are We So Obsessed With Con Artists?

READ MORE: The Only Way To Get VAT-Free Condoms In Ireland