In Defence Of Online Dating

Yes, online dating can be deeply demoralising, self-absorbing and banal – but for all this, what is gained from online dating far exceeds what is lost. 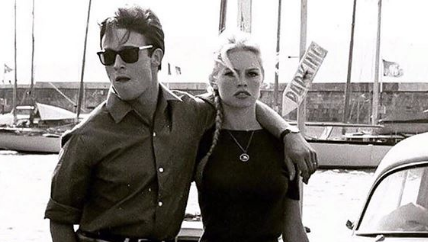 Is online dating’s new direction is quashing romance or saving it?

For past generations, most of Ireland’s meet-cutes, love stories and romantic gestures all boasted identical geographic whereabouts – beneath the golden hands and deep green face of the Clery’s clock.

It was the undisputed courting (long before the bastardised idea of dating hit Irish shores) focus in the capital, until the department store’s closure back in 2015.

Little did we know that when liquidators shut a door, they also opened a window – as, within that same timeframe, we witnessed the new greatest shift in localised love stories; the rise of swiping right.

While, in 2020, the notion of Tinder is no longer a novelty, what is increasingly coming to the fore, as analogue dating disappears into the rearview mirror, is the online dater’s desire for subcategorisation.

We tell children – by way of Howard Gardner – that there are multiple types of intelligence, so surely various ways to go about romance is yet another calculated modern slant?

The answer, invariably, is an emphatic yes.

Those with disabilities, allergies, niche interests, inflexible schedules and religions are provided for by the myriad of exclusive and/or niche dating sites targeted to one single demographic.

Among them are SinglesWithFoodAllergies.com, JSwipe (Jewish dating), Spectrum Singles (Autism Spectrum Disorder), Farmers Only, Christian Mingle, Shaadi (Indian matchmaking) -- meaning that potential swipers’ anxiety is put at ease due to the fact that common ground is a given.

The latest deliverance in niche apps is that of Sweet Pea, a 'conversation-first dating experience' for those who find themselves utterly jaded by swipe right culture – which promises to put the empathy back into dating by focusing 'on chemistry, personality and quality conversations over swipes and likes.'

The app also aims to create a safer and more inclusive environment by providing over 20 gender identity options as well as features such as 'Driver's Seat' which helps you control your privacy settings to decide if you want to be messaged first.

In a post-Repeal, post-Marriage Equality Ireland, this new era of dating is undoubtedly intertwined with the country’s woke sexual reawakening. But does it serve on your quest for the one?

Nowadays sites like Bumble, Hinge and Tinder are oft primarily used to meet people on a more casual basis than to find the love of your life.

While not erring on the side of Grindr (the gay LGBTQ+ hook-up app which is almost exclusively used for casual sex) online dating rituals have been – and continue to be – extremely useful to those looking to take fundamental control following a period of solitude.

Or casual sex, if that’s your bag.

For those living in their mid-30s and above – a common argument they remain perennially under duress to refute is that if you find someone to have sex with casually but you know isn't a candidate for a longterm relationship you're distracting yourself from finding someone who is.

This, in turn, can lead to long periods of not having sex, which is neither natural nor healthy.

So does having a friend with benefits hinder or serve your quest to permit affection?

Blame it on the Shonda Rhimes and Michael Curtizs of the world whose meet-cutes and blockbusters place more emphasis on how they met their significant others than who they were actually meeting.

Online dating stigma still definitely exists, seen most paradoxically in the bio of every second male who is ‘willing to lie about how we met’.

But, statistics are promising.

A recent report from the Spark Network (the umbrella company behind Elite Singles) states that 85 per cent of singles say that online dating is socially acceptable, and two out of three singles know people who have met online.

And while most people are quick to admit they met on elite dating sites like Bumble or Beautiful People, it’s hard to deny the fact that online dating isn’t just the new normal — it also works.

And, hey, if it’s good enough for Halle Berry…

READ MORE: Question, Why Are Alexa and Siri Both Female?