Is Ireland’s Abortion Bill In Jeopardy? 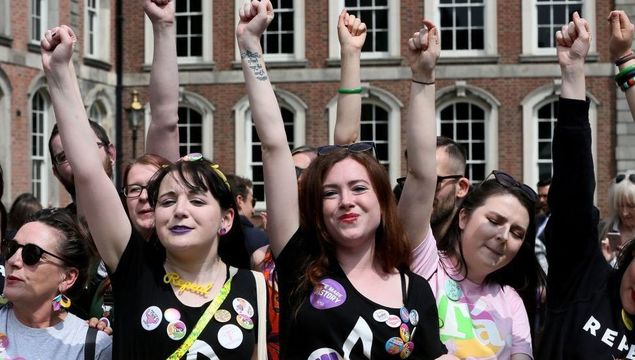 As Ireland’s abortion bill is debated in the Dáil this week, pro-choice agencies and activists are warning that the Irish people may not get the law they expected.

The group Lawyers4Choice has said:

“In repealing the Eighth Amendment on the 25th May 2018, the public provided a mandate to pass a law that would decriminalise abortion, show respect for pregnant people’s wishes, and enable provision of compassionate healthcare, especially for the most vulnerable.”

It warns that the bill as it stands does not reflect the mandate and will cause issues down the line.

“If the Health (Regulation of Termination of Pregnancy) Bill 2018 is enacted in its current form it will fail to reflect the ethos of the repeal mandate. It will give rise to a legal framework that does not facilitate appropriate abortion care and requires compliance with suboptimal clinical protocols…”

A short thread: Well Woman is concerned the criminalisation provision/s in the Bill – as currently stated – leave doctors open to malicious or vexatious complaints by those wishing to thwart or block abortion service delivery. #legisl8 @Lawyers4Choice

According to The Irish Times, a total of 65 amendments to the Health (Regulation of Termination of Pregnancy) Bill, were submitted by anti-abortion and pro-choice TDs. The Government has already agreed to a number of changes, including an amendment which removes the requirement that the doctor who certifies a woman for an abortion must be the same one who performs it, and a second practitioner will be able to step in.

I've been meaning to tweet this for a bit but today is the right day to do so. I'm really concerned with the lack of interest from many, many (too many) prochoice activists regarding the legislation. #Legisl8

The Abortion Rights group is holding a demonstration outside the Dáil on 29 November to demand the government to pass a bill that will lead to “the free, safe, and legal abortion access needed”. Activists and pro-choice campaigners are also calling on yes voters to contact their local TDs (which can be found via www.whoismytd.com) and tell them how they feel.

READ: We Will No Longer Be Part of the Shaming of Anyone Else


READ: Vicky Phelan, The Irish Hockey Team and REPEAL Campaigners Honoured at The Women of the Year Awards