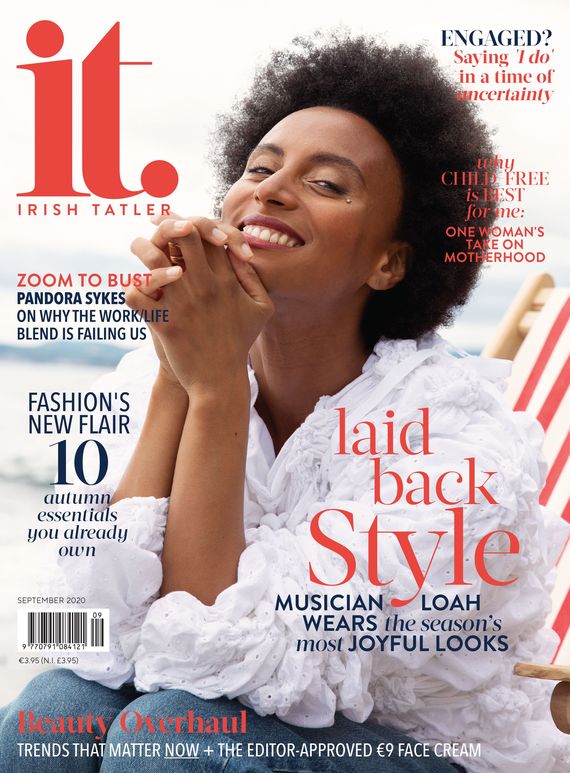 Jenny Egan On Sexism, Minority Sports And Being The World Number One

"The amount of people who ask me 'how's the rowing going'. Sometimes I correct them saying "rowers go backwards all their lives, I'm going forward!""
by Kate Demolder 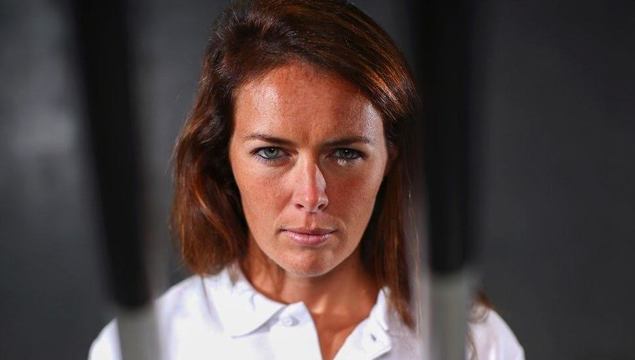 It's understood that the phrase 'born for this' originated with Jenny Egan.

Having first taken to the water while in embryonic stages, Ireland's premiere canoeist hails from a Dublin-based dynasty of sporting juggernauts.

"My mum actually trained with me when she was pregnant," she laughs, wryly.

"Nowadays it's a lot more popular for women to train when they're pregnant, or quickly after giving birth, but it wasn't then!"

In October 2019, Egan was ranked number one in the world in the International Canoe Federation (ICF) Canoe Sprint world rankings 5000m.

"I first sat in a canoe when I was three years old," she tells Irish Tatler.

"Then I did my first race when I was eight in England and subsequently became British national sprint and British national marathon champion at Under-14. So, then I had to decide between canoeing and all the other extracurriculars I was getting up to; dance, drama, singing, playing the violin etc. My poor mum did so much driving!"

The choice was made easy by the fact that the canoeing, for the Egans, is an entirely family affair.

Jenny's brother is Irish International canoeist Peter Egan, who also moonlights as one of her coaches, parents Tom and Angie grew up with the sport, and her fiancé Jon Simmons (who also coaches with Peter) is the Irish Canoeing Team's national sprint coach.

"I like to say we don't argue, we have debates!" she smiles.

"I like to think that we're very good at separating the two aspects of our lives. We'd never fall out over anything serious, I know they want the best for me. I'm very lucky in that way."

It was this panoramic technique that helped her to win almost consistently since her early teens – including winning a junior marathon bronze while studying for her Leaving Certificate in 2005.

"I'd come training in the morning before school. My mum would have breakfast for me before. After school, I'd train as well. I did that during my Leaving Cert year because that was my last year at a junior level," she says.

Although she would be forgiven for forgoing third-level due to scheduling conflicts (Egan trains six days a week, three times a day) Jenny took to DCU to read Athletic Therapy and Training – something that, combined with her world cup and world championship 5000m sprint results, led to being ranked as the world best.

"Luckily I was able to combine my academic career with my sporting career, so I was able to split the years and then come back and write my thesis."

Not just an impressive racer, Egan's thesis titled 'The Effects of Acute Intermittent Normobaric Hypoxic Exposure on a Range of Physiological Parameters', earned her first-class honours in Athletic Therapy and Training BSc from the north Dublin university in 2013.

Egan mostly trains with men as there are no other women in Ireland at her level who compete at her level. However, training with likeminded people and promoting women's sports as a whole is something the young world's best is wholly passionate about.

READ: Periods, Orgasms and The Olympics: The Secret Benefits Of Menstruation When It Comes To Sport

“It’s extremely important for young girls to be able to see female athletes competing. That’s why women in sporting events need to be televised so that young kids can see them,” she tells Irish Tatler.

Delighted to have been invited back again this year to speak at the @gaelicplayers Rookie Camp 2019  This year was exceptionally special as the @womensgpa were invited to attend the day also. It is so exciting to see the @gaelicplayers and the @womensgpa working together  Well done to all those involved and thanks for the invitation  #publicspeaking Photo Credits: @sportsfile @ramseycardy

“They need to be in the media all the time. It’s my responsibility as an ambassador for my sport to do as many different media opportunities that I can so young girls can see me and hear what I’ve achieved.”

Egan is the only athlete representative on the Sport Ireland Women in Sport Steering Committee; a task force established to provide strategic and practical advice to enhance the delivery, recognition, promotion and development of participation and leadership opportunities for women and the wider area of inclusion.

This, along with initiatives like the 20×20 Campaign, she deems essential.

"The two main areas that have been researched around why young children – girls and boys – drop out of sport are their social community in sport and their family," she says.

"You need to keep the fun and social elements. Everyone trains hard, but you need to want to go back."

"I see teenagers unsure in themselves all the time because they're not confident in their bodies, and that is tough. But, I do think they're in a better situation now than, say, I was. When I was a child it was all about cardio and no carbs – but now the gym and staying fit is now being seen as cool, and I think that's great."

Another reason Egan is hopeful for the state of women's sport for the future is the introduction of systems that finally allow motherhood to be seen as a help instead of a hindrance.

Sport Ireland has recently implemented one of the more progressive maternity policies in its field, as it has committed to continuing funding for twelve months to an athlete who becomes pregnant as well as a comprehensive system of supports available to female athletes.

In conjunction with independent medical experts, the Sport Ireland Institute and National Governing Bodies will now promise to play a key role in assisting female athletes throughout pregnancy and thereafter supporting their return to performance sport.

The move has garnered international praise and been lauded as a hugely forward-thinking step for the future of women in sport.

"Sports Ireland has put us, women, in a very lucky position when it comes to everyday sexism," Egan states confidently.

"The maternity guidelines show that the High-Performance Strategy continues to emphasise an athlete-centred support system, and the levels of funding are equal for both sexes within this system. We all have set targets on what we want to achieve and that tallies up our wages for the year.

At Sport Ireland, we utilise Performance Planning to ensure that we drive performance and the development of sport and athletes across the country. By working with our partners, like eFlow we can do our best to get the best from Ireland’s elite athletes.

"Although, in international events, you would often see that prize money for female and male competitions are vastly different. You see similar approaches to funding and sponsorship deals; these brands want visibility and they often don't think women can provide the same opportunities for brand growth.

"For those reasons and more, I'm so hugely proud of the proactivity shown by Sport Ireland and the 20x20 Campaign," she smiles.

"I also recently learned that when you're pregnant, the hormones released throughout actually result in increased strength post-partum! Obviously situations depend, but the new set-up is an extremely positive move for female athletes, both at home and internationally."

Next for Jenny is a series of training of camps – including stints in Florida and Portugal with the Danish Women's Team – before the international season begins again in May with two World Cups, World Championships and European Championships.

And all that while planning a wedding.

"A busy year ahead to say the least! We're hoping to get married at the end of this year, we're really excited about that.

"It will have some canoeing in terms of themes, we have to have water involved in some way! It's a really exciting time for us – both for my fiancée and I as well as women in sport."

"Before then, I would, of course, love to bring some visibility to the sport and encourage young people to stay sporty and explore new avenues. We have a great Junior Team at the minute out at Salmon Leap (in Leixlip, where Egan trains) but you wouldn't believe the amount of people who ask me 'how's the rowing going'.

READ MORE: Why The Concept Of Gender In Sport Is Becoming Outdated

READ MORE: The 20x20 Initiative Has The Power To Change The Landscape Of Female Sport in Ireland

A Lesson In The Art Of Tablescaping 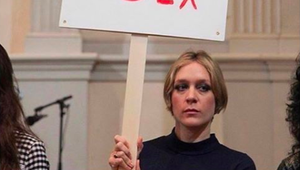 Is Lockdown Lust Fact Or Fiction...

They say lockdown has messed with our psyches. Around the world, st... 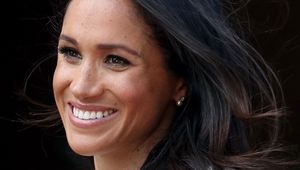 How Meghan Markle's Birthday Was... 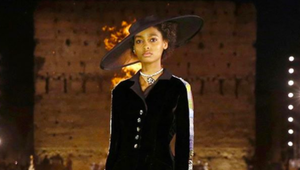 Dior Shines A Spotlight On Black...

A good read, paired with your choice of locally sourced treats rang... 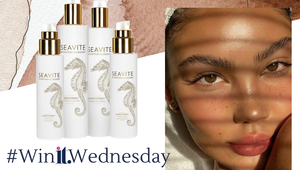 Get acquainted with seaweed for the sake of your looks, locks and l... 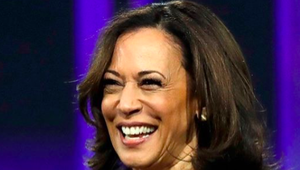 After leaving the presidential race in December, Harris turned her ... 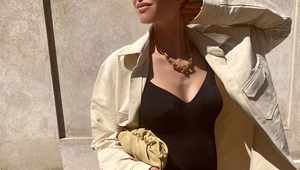 Don't know what to wear? We've got you covered...literally 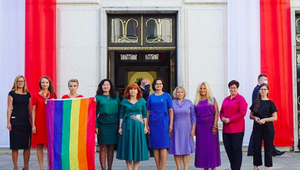 Fashion and politics have long been intrinsically linked. But now, ... 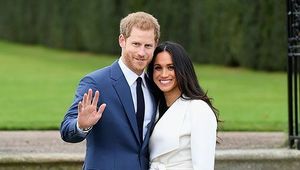 Finding Freedom – The Tell-All B...

The wait is over.

A Lesson In The Art Of Tablescaping

Is Lockdown Lust Fact Or Fiction...

They say lockdown has messed with our psyches. Around the world, st...

How Meghan Markle's Birthday Was...

Dior Shines A Spotlight On Black...

A good read, paired with your choice of locally sourced treats rang...

Get acquainted with seaweed for the sake of your looks, locks and l...

After leaving the presidential race in December, Harris turned her ...

Don't know what to wear? We've got you covered...literally

Fashion and politics have long been intrinsically linked. But now, ...

Finding Freedom – The Tell-All B...

The wait is over.