"It will never be okay," Laura Whitmore Opens Up About Caroline Flack In Moving Interview

"She was so strong-willed and feisty and I remember thinking, 'God, I wish I could be as strong as her'."
Irish Tatler Staff 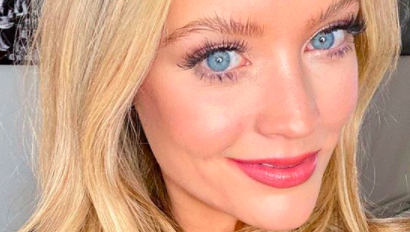 Television and radio presenter Laura Whitmore has revealed she was scared that she would "never be OK" with the death Caroline Flack.

The Bray-native replaced Flack as the presenter of ITV2's Love Island last year following an assault charge which caused Caroline to step down.

Just weeks after Laura took over as host, reports that the 40-year-old took her own life were made public.

"She was so strong-willed and feisty and I remember thinking, 'God, I wish I could be as strong as her'. I felt like if people said things, it wouldn't bother her. But obviously it did because everyone is human.

"I don't want to speculate reasons because nobody will ever know. (But) it did frighten me."

Whitmore, a former MTV host, admitted that she was reluctant to take the job due to the show's huge tabloid focus.

"You do a show that big and people want to write about it and put it in tabloids and magazines," Whitmore, whose partner Iain Stirling is the Love Island narrator, said.

"So I knew, yes, it's got great parts to it, but it's also got negative parts too. I love doing live TV. I'd worked with most of the crew doing I'm A Celebrity . . . and MTV, so it just felt very comfortable. The show was the easiest thing.

"It was everything around it that I couldn't cope with. When I got the call I was like, 'I need to talk to Iain, I need to talk to Caroline . . .' It's a weird one because you think you should just jump at it.

"Obviously you're delighted that ITV trust you to do such a big show, but a friend of yours is also going through hell . . . Caroline had messaged me first to say, 'I hope you get it', which was really nice.

READ MORE: What To Do When Your Friend Posts About A Depressive Episode Online

In the wake of Flack’s death, Whitmore and Stirling made a plea for privacy after being pursued by paparazzi in a Cape Town airport. The couple were reuniting for the first time since their friend’s passing at the time.

“I have never courted the paparazzi but understand at work events it comes with the territory,” Whitmore said in a statement at the time.

“But this morning was too much.”

The day after Flack’s death, Whitmore paid tribute to the 40-year-old on her BBC Radio 5 Live show.

“Yesterday we lost someone before their time,” she said.

“We’re going to talk about her and give her the respect that she deserves and that she didn’t always get.”